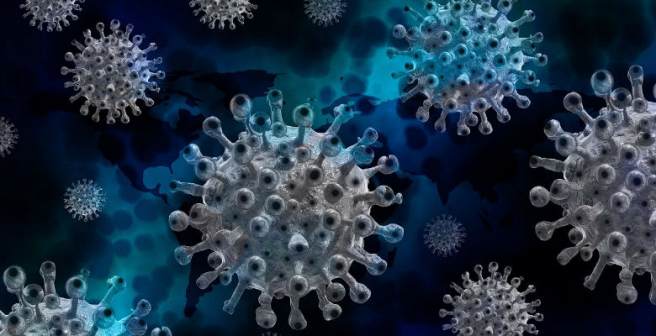 On the December 1, 2020, three teams of scientists were honoured with the Golden Goose Award for their exemplary contributions to COVID-19 research. Now in its ninth year, the annual award ceremony (which was conducted virtually this year), honored scientists who’ve through years of federally funded research on coronaviruses provided solutions that could help tackle the global pandemic.

The U.S. based Golden Goose Award was conceived in 2012 to honor government-funded studies that may have seemed obscure or basic, but in the course of time, have led to major scientific breakthroughs. Initiated by Jim Cooper, the Golden Goose Award is supported by a group of higher education and scientific organizations like the American Association for the Advancement of Science (AAAS), as well as the National Institutes of Health, the U.S. Department of Defense, and the U.S. Department of Energy.

In a statement to the press, Sudip Parikh, chief executive officer at AAAS said, “By shining a spotlight on just a few of the research teams working to address the COVID-19 pandemic, we honor the collective work of thousands of scientists and engineers in the United States and around the world.”

Is it a bad time to submit a manuscript in the middle of the COVID-19 pandemic?
I’m not sure, but I feel that the number of manuscript…
1.3k

A Spike in Momentum

With several years of expertise on the development of experimental vaccines against coronaviruses like SARS and MERS and other viruses like Ebola, Zika, and Nipah, this group of researchers were well-prepared when the time came. Their work helped fast-track the goal of getting a vaccine candidate to Phase 1 of clinical trials in 100 days, by completing this task at a record-breaking pace of just 66 days.

Working collaboratively with other scientists like Jason McLellan and his team at the University of Texas at Austin, Kizzmekia Corbett and Barney Graham quickly tried to identify and understand the SARS-CoV-2 spike protein as a promising vaccine target. Emmie de Wit and Vincent Munster’s work on investigating outbreaks and developing animal models for previous viruses facilitated rapid testing. The collaborative effort of these teams enabled several vaccine candidates to progress currently to Phase 3 clinical trials.

Scientists in the 1990s had discovered that camelids like llamas produce a second antibody called nanobodies. Owing to their small size, the antibody is able to enter nooks and crannies and attach to the spike protein of viruses similar to SARS-COV-2, destroying them in the process.

Diagnostic tests for COVID-19
This infographic offers a snapshot of the common…
2.2k

When the pandemic struck, Jason McLellan, a structural virologist and his graduate student, Daniel Wrapp, in partnership with researchers at Ghent University, were tasked to link these nanobodies produced by llamas to a human antibody, creating an entirely new antibody that could prevent the virus from infecting human cells.

The information gathered from previous research on llamas, one of which was a llama called Winter that lived on a research farm in Ghent, Belgium, helped them develop an antibody that tightly binds to a certain key part of the SARS-COV-2 spike protein, blocking them from infecting human cells. With support from federal agencies like NIH and the Department of Energy’s Argonne National Lab, McLellan and Wrapp’s research has helped develop antibody therapies that are currently being tested as potential treatments against COVID-19.

Mental health and well-being resources during the COVID-19 pandemic
In the first part of this republished webinar series,…
1.8k

A paediatrician by training, James Crowe developed a special interest in research on vaccines during his time in medical school caring for children in developing regions, where he recognized the difference that good healthcare and vaccination can make.

In addition to the decades of work on trying to decipher the complexities of the human immune system, James Crowe and his team at the Vanderbilt Vaccine Center received a grant with a challenge from the Defense Advanced Research Projects Agency (DARPA) in 2017 to find a way to produce an antibody for any virus within 60 days. Finishing this impossible feat in 78-days, Crowe and his colleagues were to work on another such simulated virus in November, but quickly pivoted to utilizing these efforts in trying to find an antibody for the novel coronavirus in January.

An introduction to clinical trials (Part 2: Things to remember)
What do you need to know before and while working on a…
8k

After procuring blood samples from COVID-19 patients in Wuhan and around the world, Crowe and his team developed and tested thousands of monoclonal antibodies. Some of the most promising ones were sent for antibody tests to pharmaceutical companies like AstraZeneca, and are currently in Phase 3 clinical trials.

In a documentary short film created by the Golden Goose Award, Crowe shared some insights he gained during his research: “I think the more we learn, we're just sort of chipping away at the edges, and we see there's so much we don't understand, and that is medicine, therapeutics, prevention, vaccines. They all grow out of the curiosity of how the world works, which is discovered through basic science.”