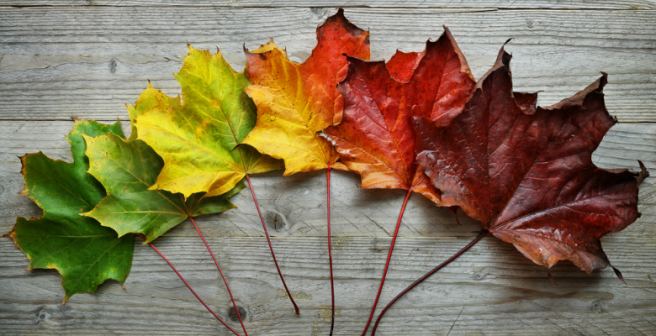 The first Nobel Prize was awarded more than a century ago. The prizes were established as per the will Alfred Nobel made in 1895 in which he dedicated the majority of his wealth to honor those who had made “the most important discovery or invention” in the fields of physics, chemistry, and physiology or medicine, literature, and peace. Along with this declaration, Nobel laid down the statutes for awarding the prizes. The Nobel Prize has become a representation of the highest honor conferred upon an academic for his or her intellectual achievement.

However, do the century-old statutes of recognizing scientific achievement reflect the science culture of today? Should the Nobel Committee revisit the old rules and make amendments that would make the Nobel Prize more accommodative of the changing research landscape? Why are the Nobel Prizes criticized?

One of the aspects of the Nobel Prize that has met with criticism is the “50-year secrecy rule” as set by the Nobel Foundation. According to this statute, information about the candidates or nominations and their evaluations by the selection committee is not made public until 50 years have passed. Thus, the screening process of nominees is shrouded in secrecy for half a century. Recognizing the need for transparency in Nobel selection, Olav Njølstad, director of the Nobel Institute in Oslo and secretary to the Norwegian Nobel Committee, reports that he attempted to reduce the timeframe of secrecy to 25 to 30 years without success. Agneta Wallin Levinovitz, editor in chief of Nobelprize.org, is of the opinion that, “The evaluations are secret for 50 years, so they also can write what they really think without anyone finding out.” However, making the selection process more transparent would give more credibility to the prizes.

Another rule dictated for selecting the prize winners is: “Prizes may not be awarded posthumously but a Prize may still be presented if the Prize winner dies before the presentation ceremony.” Many academics have expressed their displeasure at this clause. In 2013, Peter Higgs and François Englert were jointly awarded the Nobel Prize for Physics for predicting the existence of what came to be known as the Higgs boson. Englert had presented his findings with his colleague Robert Brout, an American-born theoretical physicist. However, Brout passed away in 2011, which disqualified him from being considered for the prize. Similarly, when the 2017 Nobel Prize in Physics was declared, Scottish researcher Prof. Ronald Drever who had played a pivotal role in the research missed out on the award since he passed away soon after the breakthrough discovery of gravitation waves was made. Many have called for changing this rule and making provisions for honoring deserving candidates posthumously since their recognition should not be lost to science.

In the era of collaborations, interdisciplinary research, and mass authorships, science is conducted by huge teams. Even Peter Higgs’s findings regarding the Higgs boson were supported by numerous researchers. However, the Nobel Prize can be conferred upon a maximum of three people. This rule does not reflect the current practices and ways of conducting research. “The rule of three also reinforces the idea that science is carried out by a handful of geniuses, toiling by themselves in ivory towers,” notes The Economist in an editorial. The scientific landscape is changing and now most of the breakthroughs are the result of collaborative research where large teams work together on a project. For instance, the 2017 Nobel Prize in Physics was awarded for the detection of the gravitational waves to three researchers when the actual team behind the study comprised of over a thousand researchers. The disallowance of nominating institutions (with the exception of the Peace Prize) is another aspect that prevents the recognition of teams of researchers. There is a definite need for the Committee to reframe this statute to honor the contribution of larger teams in conducting breakthrough research.

One of the frequent observations regarding the Nobel Laureates is the lack of robust representation of women. Between 1901 and 2014, a total of 46 women out of a total of 860 individuals have received the prize. Lars Bergström, the secretary of the Nobel Committee for Physics at the Royal Swedish Academy of Sciences since 2004, admits that “a tendency to recognise male researchers ahead of women may have played a part” in the inadequate representation of women. He provides the example of Lise Meitner who not only discovered how nuclear fission might be triggered but also collaborated with German chemist Otto Hahn for 30 years and helped him perfect his experiments that led to nuclear fission. However, Hahn went on to win the Nobel Prize for Chemistry solitarily “for his discovery of the fission of heavy nuclei.” The Nobel Committee needs to put in more efforts toward displaying gender equality by giving female researchers as much of an opportunity of gaining recognition as male researchers. This year, all the winners of the prize have been men. Identifying this issue, the Nobel Committee stated that it will take steps to change this situation. "We will, starting next year, indicate in our invitation to nominate women scientists and consider ethnic and geographic diversity," it said.

The lack of a prize that acknowledges mathematical genius has been widely discussed by generations of academics. While the Nobel Prizes are awarded in the fields of physics, chemistry, and physiology or medicine, the field of mathematics is left out from Nobel’s will. In mathematics, the Abel Award and the Fields Medal compete over which is more worthy of a Nobel comparison. Many speculate that Nobel may have decided against a prize for mathematics due to his lack of interest or in-depth understanding of the subject. However, mathematics is a highly valued academic subject. Hence, just as the Prize in Economic Sciences was introduced later in the memory of Alfred Nobel and is awarded in conjunction with the prizes for the other fields, the Nobel Foundation could perhaps consider introducing a Nobel Prize for Mathematics.

Partners in life and science: 5 Married couples who have won the Nobel Prize
It is very rare that two researchers from the same…
5.4k

The Nobel Prize has been bestowing honor upon generations of intellectuals and is globally accepted as the highest academic prestige. While the statutes that govern the selection of candidates have more or less remained unchanged, the culture of science and research has evolved significantly. Hence, some modifications to the prizes would restore their lasting glory.