A new way of modulating color emissions from transparent films 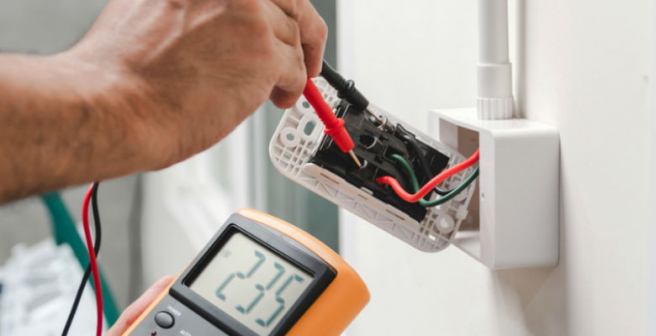 Scientists are looking at luminescent transparent films for use in energy-efficient displays (such as LED screens) and other applications, and the possibilities it opens up for advancing methodologies in several fields of biological and electronics research. However, although multicolor-emitting transparent solid films have been developed, finding efficient ways to tune the color and intensity of light emissions has been challenging.

Now, in a recent paper published in The Royal Society of Chemistry’s Materials Advances, a novel mechanism for easily tuning the luminescence of a newly modified light-emitting solid transparent material is described—it involves simply modulating its proton concentration (or pH) via the application of a voltage.

This material was developed in the lab of Professor Makoto Tadokoro, an inorganic chemist and materials scientist at Tokyo University of Science in Japan. Prof Tadokoro and his team, including Dr. Hajime Kamebuchi from Nihon University, Japan, and Mr. Taiho Yoshioka from Tokyo University of Science, began with a transparent polymeric film called Nafion. Nafion films are well-known as proton-conductors (materials in which electricity is conducted via the movement of protons) and cation exchangers (materials that readily attract positively charged particles). These two properties proved key to the luminescence control afforded by the material that it would eventually help form.

Do I need to pay extra for the colored pictures in my manuscript?
132

A third property of Nafion that made it even more useful for Prof Tadokoro’s team is its molecular structure. Nafion’s structure allowed “complexes” of two metals, terbium (Tb) and europium (Eu), which are known to be light emitters, to be embedded in it when it was dipped in a solution containing the metal complexes. Thus, the fabrication process of the material was simple and inexpensive.

Spectroscopic analysis told the authors why these specific color changes were occurring. In acidic solutions, the protons taken up by Nafion were ‘turning on’ the Tb metal ions, but not the Eu metal ions. In alkaline solutions, Eu metal ions took the spotlight and emissions from the Tb ions were quenched. In neutral solutions, both emitted light. This confirmed that the proton concentration gradient within the material determined its luminescence.

Scientists achieve large-scale production of non-toxic metal chalcogenide films for use in novel semiconductors of the future
Scientists from Chung Ang University, Korea, have…
780

The scientists were then able to easily tune the luminescence by hooking the material to a battery after dipping it in an acidic solution. The acidic solution made the material green. But upon application of a voltage, as protons moved towards the negatively charged side of the material, the proton-deficient positively charged side began to turn red. The central portion of the material became yellow. Prof Tadokoro says, “We think that this was the most challenging part of our study—and incidentally also our biggest success. The finding that the flow of protons in a solid medium under an electric field can be controlled, which in turn allows us to control the ‘color’ of emitted light, is unprecedented. In biological systems, ion flows are responsible for many essential biochemical activities. The ‘solid-state ionics’ demonstrated by us can find applications in a lot of different fields.”

When further asked about the practical significance of his work, Prof Tadokoro says, “Our findings show that it is possible to fabricate inexpensive multicolor emitting glass or film materials whose emissions can be tuned by simply applying a voltage to control the proton flow, and therefore proton gradient, within the material. In other words, not only electron conduction, but proton conduction can be a way in which the luminescence of materials is controlled.”

AHRC's 2017 Research in Film Awards to recognize science dissemination through film making
In recent times, research is being increasingly…
2k

But, while this study is a big step in the journey to achieving transparent emitters for a wide range of applications—such as detecting pH gradients in biological cells or constructing novel displays and illuminators—the device developed here is not quite ready for the market. Prof Tadokoro says, “We are now trying to add a blue light emitting complex into our system, so that we can obtain a material that can emit light over the entire visible spectrum.”

Once that is achieved, the sciences will be advanced a little bit more, and a new generation of highly tunable multicolor-emitting materials may not be too far away!

Do I have to pay additional charges for color illustrations in my research paper?
I did not exactly understand this paragraph: "Color…
18.2k

About Professor Makoto Tadokoro from Tokyo University of Science

Dr Makoto Tadokoro is a Professor at the Department of Chemistry, Tokyo University of Science. He is an inorganic chemist and a materials scientist, with research interests in supramolecular coordination chemistry, protonics, water science, and organic molecular conductors. With over 160 publications to his name, he is also affiliated with various leading organizations in the field, such as the Chemical Society of Japan, and has won several awards for his work.