A radar for plastic: High-resolution map to track plastic emissions in seas 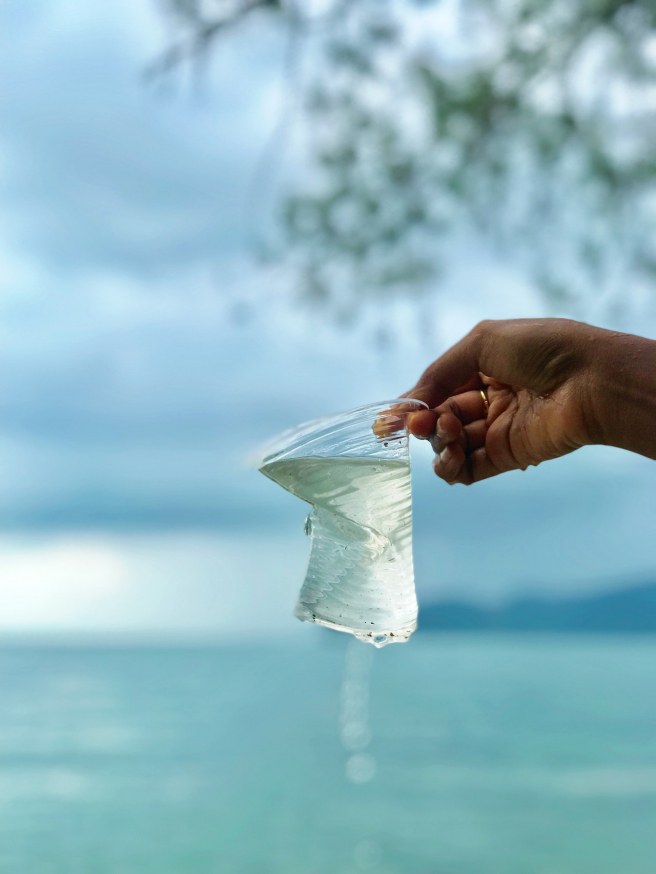 Plastic may be an indispensable part of our daily lives, but its robustness and abundance have led to its overuse, putting a huge burden on the environment. Large emissions of plastic waste result in its accumulation in water bodies: in fact, recent studies have estimated about 0.27 million tons of plastic floating in the world’s oceans. Because plastic does not decompose in water, it is a serious hazard for the marine life. Thus, to prevent plastic pollution, it is crucial to understand exactly how plastic is emitted into the oceans. Previous studies have tried to analyze plastic emissions, but they had some limitations: they focused on mostly mismanaged plastic waste and not how these plastic emissions actually originate. 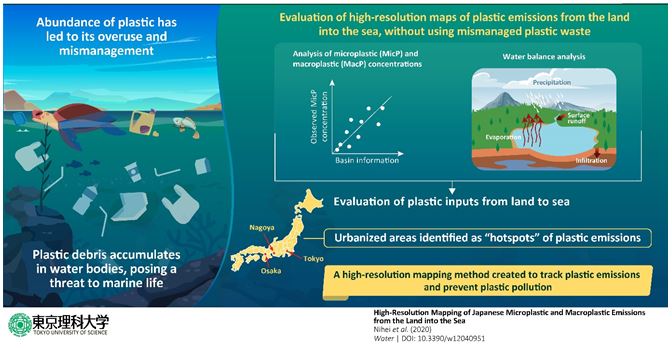 To this end, a group of scientists at the Tokyo University of Science, led by Prof Yasuo Nihei, developed a new method to combat plastic emissions. In a study published in Water, they generated a “high-resolution map of 1 km grids of plastic emissions across Japan. Prof Nihei explains, “If plastic waste continues to flow into the sea, the amount of plastic waste will increase. To prevent this, it is necessary to clearly indicate where and how plastic debris is currently being generated.”

Publication Coach: How to track your manuscript post submission

To begin with, the scientists focused on the different types of plastics: microplastic (MicP), which is less than 5 mm in size, and macroplastic (MacP), which is greater than 5 mm. They understood that controlling MicP was crucial because—owing to its small size—it is particularly hard to recover once it enters the ocean. Moreover, it can easily be ingested by marine organisms, which can negatively affect ecosystems worldwide. To avoid the emission of MicP in water bodies, it was important to find out exactly where these emissions were coming from.

Nobel Prize facts: Extremes and exceptions
Now that we know basic facts about the Nobel Prize, it…
1.6k 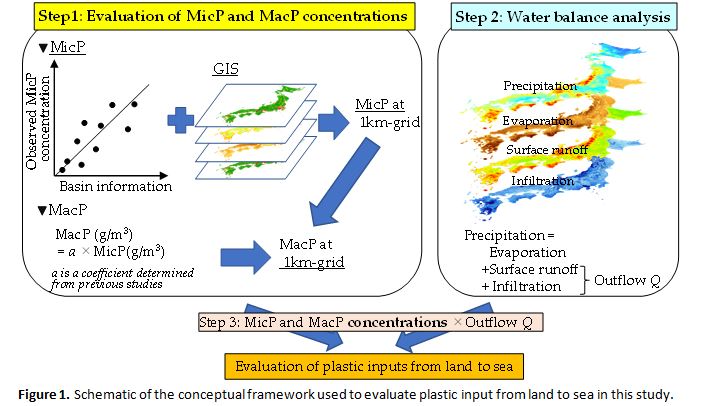 The scientists then evaluated a high-resolution map of plastic emission over 1 km grids across Japan (Figure 2). They identified the critical areas where plastic emissions were the highest. Their analysis showed that these emissions were high in rivers near urbanized areas, with a high population density. Among these, cities like Tokyo, Nagoya, and Osaka were found to be hotspots for plastic emissions. Thus, this method was useful in understanding exactly where strict countermeasures should be enforced. 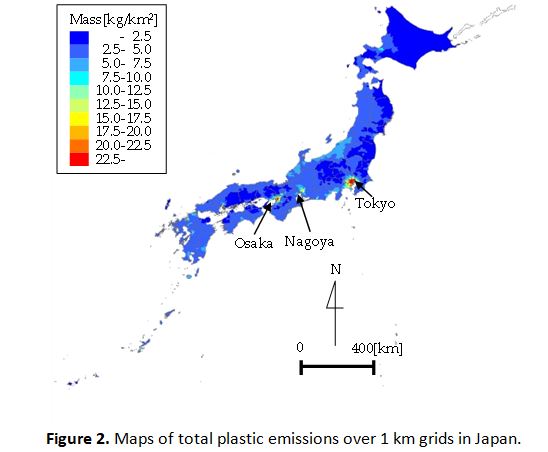 Unlike previous studies, this study does not assume that the plastic waste is only proportional to mismanaged plastic waste but, in fact, takes into account the origin of plastic emissions. This makes it easier to implement measures and curb plastic emissions in specific areas. Prof Nihei concludes, “Our findings provide new insights that may be used to draft countermeasures against plastic emissions, thereby reducing outflow of marine pollutants from Japan. We also introduce a new method that can be used to evaluate plastic inputs in other regions of the world.”

Title of original paper: High-Resolution Mapping of Japanese Microplastic and Macroplastic Emissions from the Land into the Sea

About Professor Yasuo Nihei from Tokyo University of Science

Dr Yasuo Nihei is a Professor in the Department of Civil Engineering, Tokyo University of Science. After completing his graduation at Tokyo Institute of Technology, he has now been working at Tokyo University of Science since 2000. A respected and senior researcher, his research interests include hydraulic engineering, with a focus on computational fluid mechanics and environmental hydraulics. He is the corresponding author of this paper and has over 170 research publications and 3 patents to his credit.

This research was supported by the Japan Society for the Promotion of Science under the KAKENHI program (grant no. 17H04937), the River Fund of the River Foundation (grant no. 2019-5211-050), and the Tokyo University of Science Grant for President’s Research Promotion.