A typical day in a librarian's life 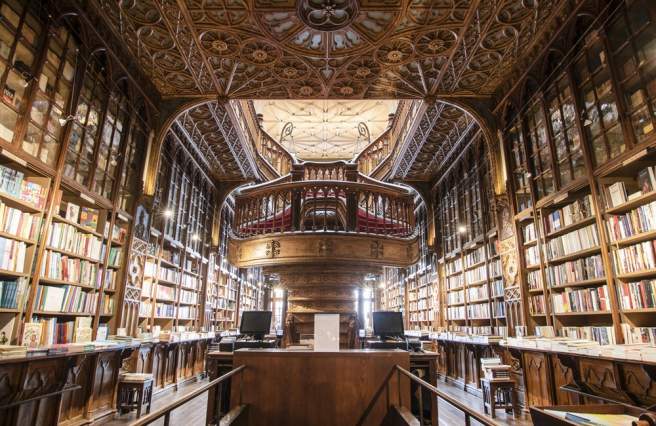 Now that I’ve shared why I became “Lousy Librarian” in the Twitter-sphere, I’d like to talk about the real world too – where I go through the day-to-day activities of my job as a librarian. I mean, it's pretty glamorous stuff, so if exciting tales of exotic adventures are among your triggers, you'd best avert your eyes.

A typical day involves trudging into work, noticing that the chicken salad sandwich from last summer is still in the break room fridge, relieving your colleague at the reference desk whose departing words are "Don't even ask," getting an email from your supervisor that you have to watch a four-hour webinar on time management, getting an email from her supervisor about how we need to start counting more things and tracking more stuff, getting an email from the director about how the materials budget is exhausted for the year and we're also all out of morale but we've added a new layer of management and created a new job that's been organized using a very clever spreadsheet (so make sure to do whatever it says), trying to help a patron access her email even though she doesn't know her email address or her password or her phone number or what year it is, and dealing with her questions about "that last girl" - Where did the last girl go? She knew what she was talking about. Do you know the girl I mean? She was ethnic?

Then a group comes in to use the meeting room for a public civic meeting that looks an awful lot like a private retirement party and some tweens ride in on scooters cackling like Mad Max extras and you finally go back to take your break and have an actually pretty interesting conversation with the chicken salad sandwich until your boss interrupts and asks if you've done that thing she never asked you to do. And then you go back out to the reference desk and, depending on the day or year, tell people that you're all out of either tax forms or Halloween picture books or eclipse glasses, following which you ask them whether you can interest them in a Summer Reading prize pen from 2006.

To me, the most notable thing about the day-to-day life of a working librarian is the gulf between the reasons why you went to library school and the daily realities on the job. When you were deciding to go to grad school — in addition to the usual healthy reasons of wanting to avoid reality, postpone adulthood, and continue defining your self-worth by letter grades — you were probably thinking about the noble work of connecting under-resourced people with vital information; shaping a young person's future by introducing them to just the right book; and helping to keep the culture's tradition of letters alive through your passionate curation.

And when you finally graduate and go to work, those heady dreams persist, maybe for upwards of a week. After that, you're thinking about having to do something about the gross chair in the magazine area; having prolonged conversations with strangers about their pornography habits; figuring out how to image-search someone's rash; deciding whether the stain in the children's area is a pudding glitch or a biohazard; and negotiating with your similarly educated and credentialed colleagues about who gets to extract a shoe from the public toilet.

You'd think that a day when a patron effusively compliments you for helping them would be a standout memory — despite my misanthropy and pessimism, it does occasionally happen and you do remember it when it does, much as you'd remember every time you saw the Loch Ness Monster surface and sing a show tune.  But the people who do praise you always do it for something you did that was easy and relatively inconsequential — "Thank you so much for getting me this Nora Roberts book!" Meanwhile, when you spend a week painstakingly assembling a pile of picture books in Portuguese about endangered species, you're lucky if you get a curt nod.

And I realize that when I say something like that, I sound dyspeptic and uncharitable. I can only imagine that people in every service profession — maybe every profession, period — have a similarly vexed relationship with the focus of their work. For instance, someone becomes a doctor to help people, but then every person who comes into the emergency room is a problem. Movie stars train and work hard in the hopes of being seen and loved by scores of people who turn out to be annoying and needy. Maybe the very act of going to the same job every day breeds an inevitable contempt — maybe, on a bad day, even the most brilliant and committed herpetologist finds herself saying, "God! I am so sick of toads."

One of the conditions of working as a librarian in this century is constantly being confronted with the opinion that the existence of the internet must mean that libraries are now obsolete, that saying you're a librarian is like saying you manufacture butter churns. And I’ve heard it all – You work in a library? We still have those? Haven't libraries been irrelevant since the 1970s? Why do we still need libraries if people can just get all their books on their Kindles? I'm sure every profession has its pet list of annoying misunderstandings people voice about them, like when friends ask police officers why they don't just use their CSI tools to quickly solve all the crimes. But innocent misunderstandings aren't quite the same thing as being surprised you didn't cease to exist alongside the woolly mammoth. I mean, do people say "Why do we need doctors when we have WebMD?" or "You're a lawyer? We still have those? Isn't Judge Judy still on the air?"

It's particularly surprising nowadays, given that everyone expresses their skepticism about the reliability of media sources, that the need for trained information professionals should be in question. I assume it's partly because everyone thinks that while everyone else is being duped by bad information, they themselves are confident that they're consuming only the most reliable stuff, so they personally don't feel a need for someone who curates and organizes and assesses information sources. "Me? I never go to the library. Why would I? Now please excuse me, I'm getting a breaking-news alert about how my senator is secretly a human-lizard hybrid who breeds hamsters in the basement of a pizza parlor."

I mean, just because there's information on the internet doesn't obviate the need for information professionals. There's also dumb stuff on the internet, but it doesn't stop people from coming into the library saying dumb stuff. I have first-hand evidence that the saying of dumb stuff in real time is still a vibrant industry. That said, I am nothing but grateful that I'm working in this field with the benefit of computer technology and not in some earlier time when answering even the simplest reference question involved burrowing into a mountain of cross-referenced papers and emerging with the answer a week-and-a-half later like a grizzled messenger on horseback.

Even better, the invention of networked computers led eventually to the creation of Twitter, which brings lots of people lots of misery and frustration and misinformation. But it also enables me —  as I go through the daily minutiae of my existence as a librarian in the real academic world — finally to be, even if anonymously, the Lousy Librarian I was always meant to be. So that probably makes it all worth it.  Right?

A typical day in a librarian's life 7 min read