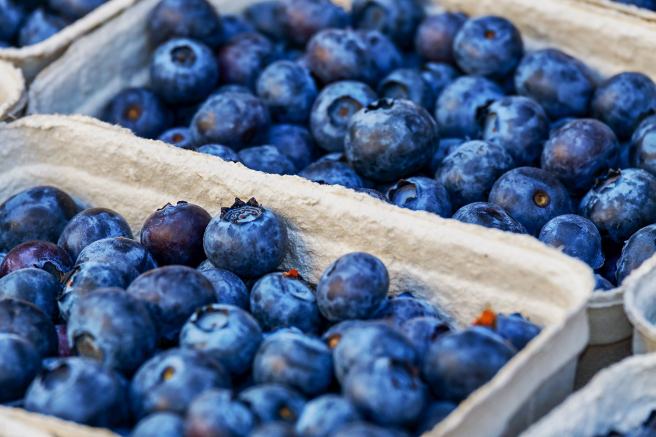 Various plants and their products are known to contain “bioactive” ingredients that can alleviate human diseases. These “phytocompounds” often contain restorative biological properties such as anti-cancerous, antioxidant, and anti-inflammatory effects. Thus, understanding how they interact with the body can lead to potential treatment strategies against major immune disorders.

A team of researchers at Tokyo University of Science, led by Prof Chiharu Nishiyama, has been working this direction for the past several years, to identify novel active components in functional foods and understand their effects on the body. Their efforts have now led to success: In their latest study, published in The FASEB Journal, the scientists identified a polyphenolic compound called “pterostilbene” (PSB) with strong immunosuppressive properties—making it a potential therapeutic option for chronic inflammatory diseases, including inflammatory bowel disease (IBD). This compound is very similar to another phytocompound known to have important medicinal effects, called “resveratrol” (RSV). Dr Takuya Yashiro, corresponding author of this report, explains the idea that prompted their research, “RSV, a polyphenol, was known to have pronounced immunomodulatory and anti-inflammatory effects on animal models of colitis ulcer. Therefore, we investigated the possibility of other compounds structurally similar to RSV as a new type of treatment for IBD.”

In patients with IBD, the gastrointestinal tract lining contains long-lasting ulcers caused by chronic inflammation due to an elevated immune response in the body. This involves the excessive production of immune system-related molecules called “cytokines.” Moreover, two types of immune cells, “dendritic cells” (DCs) and “T cells,” are also involved: at the onset of an immune response, DCs produce inflammatory cytokines and activate T cells to initiate a defense response. These processes together form a complex pathway that result in a “hyper” immune response. Thus, to find an effective compound that can suppress the immune system, it was crucial to test it on this population of immune cells.

Figshare - A data sharing platform for academics and journals
While pursuing his PhD in stem cell research, Dr. Mark…
20.7k

Thus, to begin with, the scientists studied the effects of a range of plant-derived compounds on DC-mediated T cell proliferation. Their initial research led them to PSB, which showed stronger immunosuppressive activity than the other candidates. When they dug deeper, they found that PSB treatment prevents T cells from differentiating into Th1 and Th17 (subtypes of T cells that elevate the immune response) while increasing their differentiation into regulatory T cells (another subtype known to inhibit inflammation). They also revealed that PSB treatment inhibits inflammatory cytokine production from DCs by attenuating the DNA-binding activity of a crucial transcription factor PU.1. When they further tested PSB in mice with IBD, they found that oral intake of PSB improved symptoms of IBD. Thus, the study confirmed that PSB is an extremely promising anti-inflammatory agent to fight IBD. Not just this—it is easily absorbed by the body, making it an ideal drug candidate!

Through these findings, the scientists have ushered in new possibilities for the treatment of not just IBD but also other inflammatory disorders. Dr Yashiro concludes, “For disease prevention, it is important to identify the beneficial components in foods and to understand the underlying mechanism by which immune responses and homeostasis are modulated in body. Our findings showed that PSB possesses a strong immunosuppressive property, paving the way for a new, natural treatment for IBD.”

Live panel discussion: COVID-19 and vaccine development
As the COVID-19 pandemic is sweeping across the world,…
2.7k

Misinformation in science news: The role of the scholarly community
Media outlets and journalists are often blamed for…
21.7k

About Dr Takuya Yashiro from Tokyo University of Science

Junior Associate Professor Takuya Yashiro is affiliated with Faculty of Industrial Science and Technology, Department of Biological Science and Technology. He received his PhD from Graduate School of Agricultural and Life Sciences, the University of Tokyo in 2011. His area of research interest is immunology. He has published 30 research papers in international journals.

About Professor Chiharu Nishiyama from Tokyo University of Science

Professor Chiharu Nishiyama is affiliated with Faculty of Industrial Science and Technology, Department of Biological Science and Technology. She received her postgraduate degree in 1990 from the Division of Agricultural Science at University of Tokyo Graduate School, followed by PhD from the University of Tokyo. Her areas of research interest include applied biochemistry including immunology, allergy, molecular biology, transcription factors, cell development. She has published around 124 research papers in international journals. She also received the prestigious JSBBA Award for Young Scientists in 2005, JSA Award for Young Scientists in 2005, and JAFI Award in 2019.

Figshare - A data sharing platform for academics and journals
While pursuing his PhD in stem cell research, Dr. Mark…
20.7k