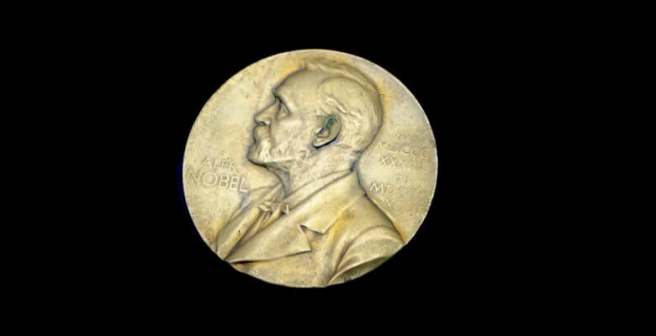 Earlier this month, the Royal Swedish Academy of Sciences released the list of science Nobel Prize winners for the year. While this year’s list included researchers who had made some fundamental advances, many in the scientific community were surprised to see that Covid-19 vaccine pioneers, whose work helped millions during the global pandemic, had been left out.

The Nobel Prize is given to individuals, or organizations, for their ground-breaking work in a particular field of research. Winners receive a medal, a diploma, and a 10 million Swedish krona ($1.1 million) prize, which is divided if there are multiple winners in the category. The 2021 laureates include some big names in science, including notable climate scientists who were recognized for the first time. Here’s a quick look at the winners in Medicine, Physics and Chemistry.

Among Covid-19 scientists, Hungary-born Katalin Karikó and Drew Weissman of the US, were considered favorites, with the former winning several global awards that are seen as precursors to a Nobel Prize. Their vaccination research with messenger RNA technology was published in 2005 and paved the way for the development of the Pfizer/BioNTech and Moderna vaccines during the global pandemic. This meant that unlike the traditional method of creating vaccines, which could take over 10 years, the Moderna vaccine took just 63 days to go from gene sequencing to the first human injection.1

indian literature review from 2016 to 2021
topic: the relationship between emotional intelligence…
155

Despite the incredible contribution in launching a new class of vaccines over the past year, the Covid-19 scientists were not considered for a Nobel this year. This omission was just a matter of bad timing; the deadline to submit nominations for 2021 Nobel Prizes was February 1st that was more than two months after the efficacy of the first mRNA vaccines, and some others, were proved in clinical trials. Royal Swedish Academy of Sciences secretary-general Goran Hansson said, “The development of mRNA vaccines is a wonderful success story that has had enormous positive consequences for humankind. And we are all very grateful to the scientists. This is a kind of discovery that will receive nominations…but we need to take time.”2

This being said, many in the scientific community were disappointed with the Nobel Prize announcement. Steven Hobbs, professor of biology at Howard College in Texas, believes the Nobel committee not only ignored vaccine research, which was based on decades of work, but delivered a blow to women scientists who often spearhead this research.3 “Nobel is supposed to be for those who’ve helped humanity most in the previous year. While the work on skin receptors is important, it could take a backseat for another year,” he said. This view was echoed by Anders Huitfeldt, associate professor at the University of Southern Denmark, who said, “This year it’s very hard to argue that any kind of work has been as impactful as the mRNA technique.”3

Partners in life and science: 5 Married couples who have won the Nobel Prize
It is very rare that two researchers from the same…
6.5k

Yet, history shows that the chances of mRNA vaccines winning this year were slim to none. Juleen Zierath, biologist and jury member at the Nobel Committee at Karolinska, pointed out that it often takes many years before the field recognizes your discovery as significant enough to be considered for a Nobel Prize. In remarks published by prize organizers, she said, “By the time we come to the decision, it is a big surprise to the individuals who have been selected.”4 This trend was also highlighted by Santo Fortunato, a physicist and director of the Indiana University Network Science Institute in Bloomington, who says the gap between a scientific discovery and its recognition through a Nobel Prize now stands at an average of 30 years.2 This gap indicates that this year may be too soon for a nod for COVID-19 vaccines. Brian Uzzi, a computational scientist at Northwestern University in Illinois, who studies scientific prizes, speculates that “The committee could be waiting to gauge the impacts of mRNA vaccine technology on other infections — such as those caused by other coronaviruses.”2

The fact remains that the story behind the success of the Covid-19 vaccines began over 30 years ago when a little-known scientist looked adversity in the eye and refused to give up. Responding to the Nobel Prize announcements, Karikó said her greatest joy comes from the excitement of research and knowing that her work has had an important contribution in the world of medicine.5 She said, “I only care and focus on what I can change, what I can influence and the prize committees are not one of those things.”6 As she looks to the future, Karikó believes that her life’s work could pay dividends, not just against COVID-19, but other dreaded diseases like cancer too.

Make 2021 the year of your success!
As a researcher, I'm sure you're no stranger to long…
1k