Do researchers in Asia and the West differ in their perceptions of work-related stress? 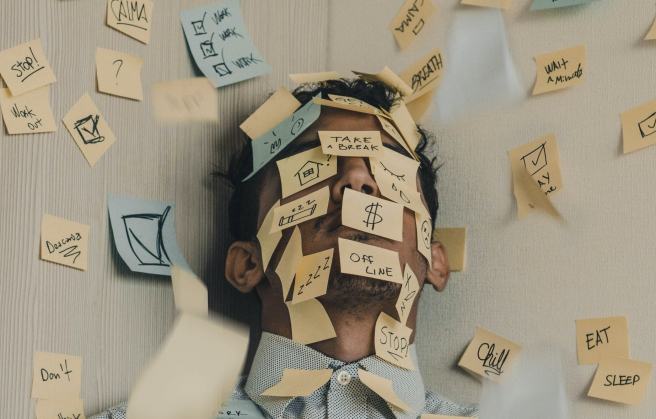 Recently, Cactus Communications released a comprehensive report of the largest and most diverse survey on mental health in academia. It represents the views of 13,000 survey respondents from over 160 countries, and over half of these respondents were from Asia. Therefore, the report offers unique insights into the differences in the research culture in English-speaking countries and South and East Asian countries.

How often do researchers discuss work-related stress with people at work?

An interesting finding that came through was that over 50% of the entire respondent pool felt appreciated by their peers and their organization. Despite this, nearly half of them stated that they would refrain from discussing their work-related stress with relevant people at their organization. In particular, 47% researchers from Japan said they would avoid doing so. The reason stated by a majority of researchers in Asia was their belief that although their peers may empathize with their problems, they would not be in a position to provide solutions. This hints at the need for organizations to treat work stress as a genuine issue and help researchers better manage their work-life balance.

How to write the significance of my research proposal? My topic is fatigue in RA patients with different perceptions.
31

How many work hours do researchers put in weekly?

Diving deep into the work life of researchers, it came to light that nearly one-thirds (31%) of the respondents worked more than 50 hours a week. Some even reported working over 60 hours per week. While long working hours is not uncommon for researchers, respondents from Asia were most likely to work the longest hours. Among this group, 43% of East Asian researches stated they work more than 50 hours per week. While the exact reasons behind this may be several, it may be a reflection of the cultural norms around putting in more hours of work.

What kind of support do researchers have?

Having a good work-life balance is vital for researchers to maintain their productivity and avoid burnout. Institutions can play an important role in supporting researchers by creating policies to help researchers manage their workload. Notably, a large number of researchers in Asia stated that the institutional policies were inadequate. In fact, nearly half of the Asian respondents (47%) reported inadequate resources, compared to researchers in Australia/Oceania (31%) and Europe (36%). More than half of these respondents also reported working over 60 hours a week and felt overwhelmed fairly often.

How do researchers perceive their work environments and respond to work-related stress?

Of all the respondents, 38% reported feeling overwhelmed by their situation at work fairly or very often within the month before taking the survey. Notably, lower proportions of Asian respondents reported feeling overwhelmed frequently, with the percentage being only 25% for Japan. Despite the lack of institutional policies, long working hours, and lack of resources to seek help with stress management, only 37% researchers in Asia agreed to the statement “I am unhappy about the overall culture in academia” as compared to 70% respondents in English-speaking countries.

However, Asian respondents were also least likely to seek professional help for work-related issues and most likely to say that they believe they should manage work-related pressures on their own. Possibly, cultural norms are at play with regard to how researchers in Asia perceive their work environments, what their attitude toward mental wellbeing is, and how/when they decide to seek professional help.

The way forward for creating a positive research culture in Asia

While discussions around mental health among researchers have been on the rise, they are mostly happening in whispers. There is a need to acknowledge the problems researchers are facing and make conscious changes to create a healthy and supportive research culture, particularly in some Asian countries. Going beyond cultural constrictions and encouraging open discussions around mental health will lay the foundation for a nurturing atmosphere where researchers can strive for excellence without compromising their wellbeing.

Awareness and perception of publication ethics among researchers in China
The Editage Global Survey Report 2018 presented the…
3.6k

For more such interesting insights, you can download the full CACTUS Mental Health Survey Report 2020 here.

How to manage work life balance as a postdoc scientist

Which of these six types of self-care do you practice?

Do researchers in Asia and the West differ in their perceptions of work-related stress? 4 min read

What does a PhD weekend actually look like? 7 min read