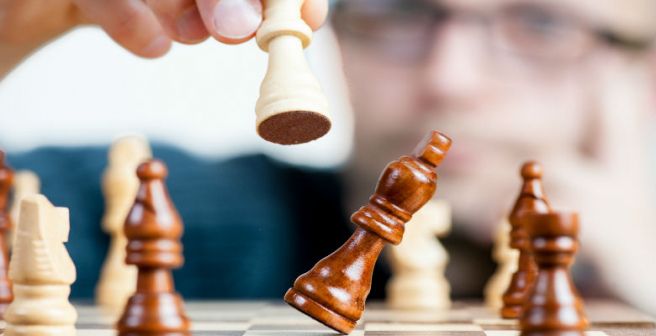 In a bold move earlier this month, the open-access journal eLife revealed that it will soon transition to a new ‘publish, then review’ policy. Starting from July next year, the biomedical journal will only review and accept preprints, and will also move to make peer review reports, for both accepted and rejected manuscripts, available to the public.

This change is in line with the growing popularity of the open-access publishing model, which has seen a further boost amid the ongoing global pandemic. A Nature analysis showed that over 30,000 or 17%-30% of the total COVID-19 research papers published in 2020 were preprints. While this surge of COVID-related papers on bioRxiv and medRxiv signals a shift toward preprints to accelerate science and make the latest COVID-related research freely available online, it also puts a spotlight on the lack of a system that can review and offer feedback on author-published manuscripts. Michel Eisen, the editor-in-chief of eLife, says the journal’s decision to move toward a ‘publish, then review’ model is the next logical step in the evolution of science publishing.

What does this change mean for researchers looking to publish in eLife?

Under the new policy, eLife will require submissions to first be posted on preprint servers like bioRxiv, medRxiv, or arXiv. If a manuscript is not already on a preprint server, and is being considered for peer review by the journal, eLife will post it as a preprint on behalf of the author(s). The policy won’t be implemented immediately, and authors will have six months to opt out.  Eisen said he would want to understand the reasons for their hesitation, so that eLife can understand and work to alleviate these. The journal is pulling out all the stops to ensure this system succeeds; once it addresses any lingering concerns, eLife expect opposition from authors to be rare.

How many kinds of e-research on different models are there?
61

Apart from the focus on preprints, eLife is also making all its peer review reports publicly available alongside papers on preprint servers. Research authors, whose manuscripts have been rejected, can ask that reviews not be made public until their articles are accepted by another journal, if they feel it may prejudice their chance at acceptance. In an article on eLife, Eisen writes, “Our plan is to work closely with our editors, reviewers, authors and readers to optimize the process by which public reviews are created and their utility to the diverse audiences we hope to reach.” This includes refocusing editorial processes on ‘refereed preprints’ and updating reviewer guidelines to produce constructive public reviews, which help authors improve their paper. eLife is also working on Sciety, a smart platform to share public peer reviews.

The driving force behind restructuring the publishing model

While the rise in preprints was a reason for revamping the publishing policy, the main impetus came the realization that most eLife authors posted preprints of their manuscripts before submission. In fact, an internal analysis revealed that nearly 70% of papers reviewed by eLife between May and July 2020 were already available on bioRxiv, medRxiv or arXiv servers. The journal has also seen good results since May when it launched Preprint Review, an opt-in service that helped review over 250 preprints on bioRxiv.

eLife acknowledges this as a major milestone and a welcome opportunity to flip the traditional ‘review, then publish’ model to the ‘publish, then review’ model for the internet age. The idea is to empower researchers to take advantage of online platforms to make their results instantly and freely available, which is in keeping with eLife’s mission of transforming research communication. The journal, which was launched and is partly subsidized by private research funders, does not plan to change its business model immediately, and will continue to charge US$2,500 to publish a paper.

While an important move toward changing the scholarly publishing landscape, eLife’s policy ensures that academics don’t need to abandon the conventional journal system. In a Nature report, Director of the Harvard Office for Scholarly Communication in Cambridge, Massachusetts, and the Harvard Open Access Project, Peter Suber says, this restructure “amplifies the value of preprints,” adding that “eLife is showing that the benefits of a preprint can be conjoined with the benefits of peer review.” Then again, Eisen says he sees the new publishing model as an evolving one. “I think it is essential, in order to bring as large a fraction of the community along with us as possible, that we not force people out of [the existing] model while they come into the new one,” he says in the Nature article.

Are you a biomedical researcher? What do you think about this move toward open access publishing? Do you think it will transform the way research is published? Let us know by leaving a comment below.

5 Differences between a research paper and a review paper
Scholarly literature can be of different types; some…
75.8k