Every time I threw in the towel, life would always throw it back! 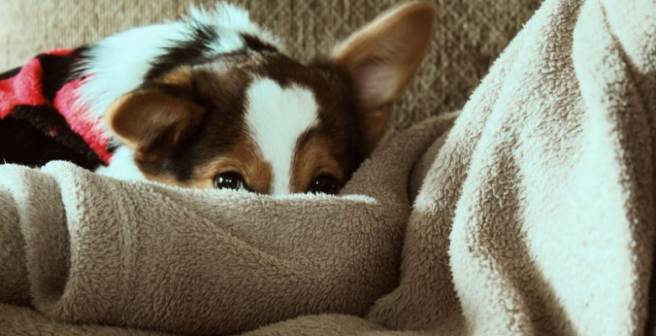 In 1995, I was a new high school graduate with a goal of becoming one of the best landscape architects there was. I enrolled in one of the most well-known programs at a public, state university, where I intended to thrive as a student. I enrolled in August and soon realized that classwork in college was much different than that in high school. So, I ended up withdrawing before the semester ended. By Christmas, I began working part-time and applying to a college closer to home.

I finally enrolled in a college in my hometown and was working part-time while going to school full time, majoring in business administration. I had a rather enjoyable semester that spring and the professors worked with me from the beginning to the end. I chose to attend school that summer, only to learn that I was supposed to have completed financial aid. I received a pink slip, while in class, stating that I had to withdraw from my course due to a lack of payment. I was crushed, but I had to move on and out of my parents’ home. I decided that I should be living on my own, since I now had to work to pay off a college debt to re-enroll.

For eight or more years, I worked every thinkable job and even tried to repair my credit to pay off this college debt. From working at daycare centers to church kitchens, I did it all! After eight years, I finally paid off the debt, and I was able to re-enroll in the hope of getting my employer’s support to attend a few day classes that were not offered at night. I ended up being terminated from my job because of school, and I shared this information with my advisor. My advisor told me that it was impossible to complete a degree while working with children, so it was best that I consider getting out of the program. She then sent an email stating that I would never catch up to the other students who were “traditional students” and asked why I wouldn’t just admit that I was not going to ever succeed as she said. I then spoke with the provost of the school who advised me to change majors or schools because my advisor was not changing her mind, even after he had spoken to her. After transferring to another school, I learned that my advisor fell in the shower and is now permanently brain damaged.

At the time that I was trying to pursue my Bachelor’s degree, I was married, had a baby, and my bills and mortgage payments that had fallen way behind. A couple of days after Christmas that year, I received a foreclosure notice right after experiencing two car repossessions, and I wasn’t receiving school stipends large enough to help with finances. I then went through one of the worse divorces ever! However, even though three more years had passed and I was a single mom with two children, I still wanted to earn a Bachelor’s degree.

After a total of fifteen years, I finally earned my Bachelor’s degree. My children were my motivation. I had to learn how to use my time management skills; doing my coursework in the morning on weekends, while cleaning and cooking on 3 or 4 evenings during the week after work. Learning how to balance it all led me to believe I could and needed to strive for more. So, two days after earning my Bachelor’s degree, I began a Master’s program, from which I graduated two years later. Three weeks after my Master’s graduation, I enrolled to a doctoral program, eventually remarried, and gave birth to my third child.

During my time in the doctoral program, I went through dreadful litigation matters that affected my employment. Also, my husband who, at 33 years old, was diagnosed with kidney failure went blind for two months and, three years later, was also diagnosed with heart complications. In addition to these difficulties, my son was diagnosed with autism two years later. It was at this point that I thought my world was completely shattered. Although it seemed like my world was crumbling bit by bit, I never stopped attending school, I never took a break, and I never considered giving up because of what life was throwing at me.

Things were tough. I was now the sole breadwinner for my family, with few opportunities to “win bread.” As a result, I often considered suicide. I thought my children would be better off with a foster family than they would with me. I couldn’t take it anymore! It wasn’t until my eldest daughter told me that she saw me as a success, and how she couldn’t do anything without me, that I stopped throwing in the towel.

Instead, I continued to persist, and in May 2019, I completed my PhD in Public Policy and Administration after six years, and began teaching at a local school district. My students embraced me, my teaching team supported me, and I am now in the process of earning a second doctorate in Higher Education.

I also run a non-profit, Aunt Joyce’s Kids that I founded after losing my aunt to a rare form of cancer. We support families that care for children with chronic and catastrophic illnesses. Hearing the stories of these families makes me feel much more grateful for the life I have, even while being a caregiver myself, and at the same time regretful for feeling like I am the only one going through a bad situation.

I only keep moving forward now, without looking at the rearview mirror of my life. Cleaning out toxic people from my life or people who were not there to support my family and me during bad times has been a breath of fresh air. I even removed myself from social media for a while because I just did not want to tolerate any negative energy. I appreciate everything in my life that has happened because it has allowed me to grow. The dirt that was thrown at me was intended to bring me down, but instead, it was like a fertilizer that helped me grow. I now live with a “Reset Mindset” – only tolerating the best and nothing less. The sky is NOT the limit because I am now, and will forever be limitless.

Every time I threw in the towel, life would always throw it back! 6 min read

I am the poster girl for 'how not to do a PhD, but make it work anyway' 7 min read