Four years of hard work coming to an end: I finally obtained my PhD 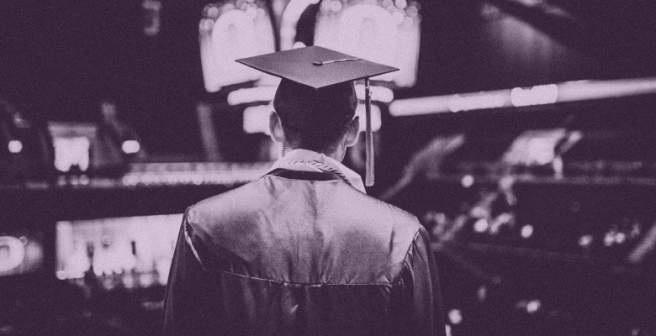 After more than four years of hard work, I finally obtained my PhD. On December 8th, 2016, at 11.00 am, I successfully defended my thesis, entitled Crossing species Boundaries: the Hybrid Histories of the True Geese. The thesis committee rated my thesis as ‘very good’ and my defense as ‘excellent.’ After that day, I escaped to the UK for a well-deserved holiday (although I assisted my girlfriend in some lab work). Now, back on the European mainland, I am ready to reflect on one of the most memorable days in my life.

I arrived in the Aula of Wageningen University around 10.00 am to prepare for my defense. After setting up the PowerPoint presentation for my layman’s talk and getting into my fancy suit, the first guests arrived: my family. My parents stayed in a local B&B (my former room) and walked to the Aula, while my sister and her boyfriend transported my two grandmothers from Belgium. They all entered together, some of them more nervous than me.

The family arrives at the Aula

While the other guests were arriving, I retreated to the ‘small auditorium’ where I was joined by my two paranymphs: Shenglai Yin and Yingying Wang (my two Chinese office mates). The presence of paranymphs is a tradition at certain Dutch universities. Wikipedia has the following to say about this custom:

In the Netherlands, paranymphs (paranimfen) can be present at the doctoral thesis defence. This ritual originates from the ancient concept where obtaining a doctorate was seen as a de facto marriage to the university. Furthermore, the paranymphs would also act as a backup for the doctoral candidate to ask for advice when answering questions. Today their role is symbolic and seen as a position of honour similar to a best man or woman at a wedding.

A couple of minutes before the start of the defense, the ‘pedel’ entered the room to explain the ceremony to us. Then, just before the clock hit 11.00 am, she guided us to the Aula. Once the audience settled down, I started my layman’s talk. The idea of this presentation is to present your PhD thesis (more than four years of work!) in about 14 minutes. Everyone should be able to understand it. I based this talk on my experiences at ScienceBattle, a Dutch theater show in which four PhD students try to convince the audience about their research. I managed to win this event a couple of times (being rewarded with a wooden plaque of the ScienceBattle logo and a brain in a jar. What more can you wish for?), so I was quite confident that laymen would be able to understand it. After the layman’s talk, the thesis committee entered, preceded by the pedel. They took their seats and Prof. Dr. Carolien Kroeze, representing the rector magnificus, opened the ceremony with a firm bang of her hammer. Then it was time for the opponents to attack my work and fire question after question on me. I cannot remember all the questions, but let me give you a brief overview.

Prof. Dr. Bas Zwaan, professor of genetics at Wageningen University, was the first to challenge me. He mainly focused on several concepts in the study of speciation, such as genomic islands and Dobzhansky-Muller incompatibilities, and how they relate to the geese. Second, Dr. Pim Arntzen (senior researcher at Naturalis Biodiversity Center) took the floor. Among other things, he asked me about the evidence for a hybrid origin of the Red-breasted Goose. And he wanted me to elaborate on one of my propositions namely, ‘Coffee breaks lead to more important insights than conferences and workshops.’ The next one in line was Prof. Dr. Bart Nolet from the Netherlands Institute of Ecology. He mainly focused on the behavioral mechanisms leading to hybridization. He also gave me a figure of the distribution of Canada Goose subspecies with the question: what is going on here? Subspecies in the north are smaller, probably because of natural selection for shorter extremities (a phenomenon known as Allen’s Rule). Another member of the Netherlands Institute of Ecology, Dr. Kees van Oers, was given the opportunity to question me. This opponent deserves a special mention. Originally, the fourth member of my examining committee was Dr. Radka Reifova from the University of Prague. Unfortunately, she could not make it to Wageningen. Because she cancelled just one week before my defense, we had to rush to find another opponent. Only one day before the defense Dr. Kees van Oers agreed to fill in. Thank you very much, highly esteemed opponent! Much to my delight, he started with a philosophical question: ‘What is a species?’ We had a lively discussion on this topic. My co-promotor, Dr. Hendrik-Jan Megens, concluded the interrogation with some questions related to my upcoming postdoc in Uppsala. After 45 minutes, the pedel entered again and hit the ground with her stick. ‘Hora est!’ The committee withdrew for consultation and I just had to wait and see.

About 15 minutes later, the committee returned. I was invited to sign my degree – a very memorable moment (and a mandatory picture moment). Afterwards, my promotor, Ron Ydenberg, delivered the judicium and the laudatio. The verdict from the committee: my thesis was ‘very good’ and my defense was ‘excellent.’ With a big smile on my face and the degree in my hands, I walked out of the Aula. Following the defense, all the guests had the opportunity to congratulate me and enjoy a lunch at the reception. After shaking many hands and receiving several presents, I finally made my way to the table with sandwiches, only to find out that the selection had been narrowed down to ‘krentenbollen.’ In the evening, I invited my family and friends to H41, a cosy restaurant in downtown Wageningen. After several beers, it was time for speeches. Shenglai Yin opened the floor with a nice stand-up comedy routine. Then Sip van Wieren, Herbert Prins and Hendrik-Jan Megens took the microphone. I will not repeat their speeches here, but to summarize: Sip elaborated on our plans to work on goose penises, Herbert described my encounter with a Russian lady in Siberia, and Hendrik-Jan talked about my stubborn character. Herbert doing what his does best: talking In the end, I got back at all my supervisors and thanked them with a special present: six decoy geese (the ones hunters use to lure geese). My supervising team and their geese

The party continued. Finally, everyone went home, including me. The next day, I woke up quite early. Staring at the ceiling, I realized that I was now a doctor. Although I did not feel different. I was still (and will be) just Jente.

Thank you all for sharing this memorable day with me. And a special thanks to Audrie for taking pictures.

This post has been taken from my other blog: Evolutionary Stories

Dr. Jente Ottenburghs (@Jente_O) is a postdoc at Uppsala University, Sweden. This story was published on January 10, 2017, on Dr. Ottenburghs’ blog, (available here) and has been republished here with his permission.

In scientific publishing, failure is also an option 3 min read