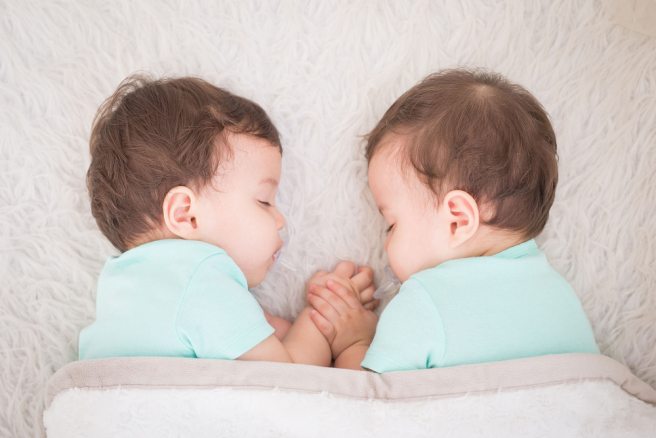 Most studies on genetics and cognition focus on discovering the common features that drive our attention. However, through what could possibly be the largest-ever eye-tracking study, researchers have been able to establish that genetics plays a big role in how people connect to their environment.

Co-authors Daniel P. Kennedy, assistant professor at Indiana University and Dr. Brian D'Onofrio, professor and director of Clinical Training at Indiana University used eye-tracking technology in this study and found that when twins are shown the same image, they will follow a similar pattern of gazing with their eyes. The study offers a fresh perspective on the difference between individuals due to the combination of genetic and environmental factors. This helps in understanding visual exploration in infants since it is their first interaction with the environment.

In this experiment, the eye movements of 466 children (233 pairs of twins, 119 identical and 114 fraternal) were tracked while each looked at snapshots. The children were all between the ages 9 and 14. There were 80 snapshots of scenes of daily life and only half of the snapshots included people. The study makes use of the contrasting experimental methods of the co-authors—Kennedy's use of eye tracking and D'Onofrio's use of genetically informed designs.

Additionally, gaze fingerprinting, a novel method, was used in the study. A strong similarity was found in the gaze patterns of identical twins and a weaker yet distinct similarity was found between fraternal twins. This similarity in identical twins as opposed to fraternal twins was inferred as a result of shared genetic makeup. The study sheds light on the role of genetic factors in the most basic and significant activity—our gazing patterns. The findings of the study are interesting and could be applicable in a number of fields.