How a molecular "alarm" system in plants protects them from predators 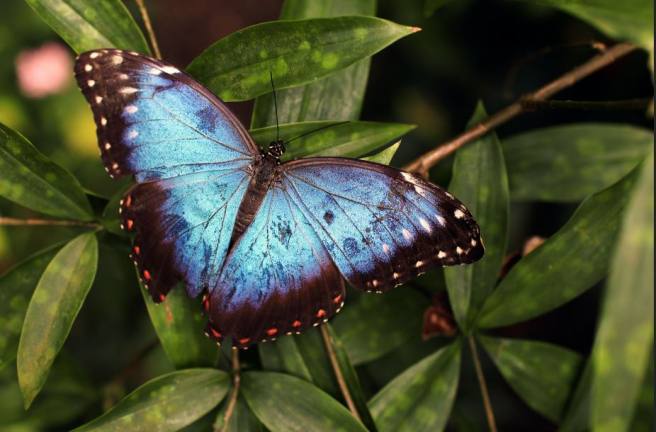 In nature, every species must be equipped with a strategy to be able to survive in response to danger. Plants, too, have innate systems that are triggered in response to a particular threat, such as insects feeding on them. For example, some plants sense “herbivore-derived danger signals” (HDS), which are specific chemicals in oral secretions of insects. This activates a cascade of events in the plant’s defense machinery, which leads to the plant developing “resistance” to (or “immunity” against) the predator. But despite decades of research, exactly how plants recognize these signals has remained a bit of a mystery.

In a new study published in Communications Biology, a research team from Tokyo University of Science, Ehime University, Okayama University, The University of Tokyo, and Iwate Biotechnology Research Center, led by Prof Gen-ichiro Arimura, attempts to shed light on exactly how plant HDS systems work. They chose to study membrane proteins called “receptor-like kinases” (RLKs), which are found in soybean leaves. They based their study on previous evidence from plants like Arabidopsis, tobacco, and cowpea, in which RLKs play a major role in HDS systems. Prof Arimura says, “Scientists have been trying to understand the molecular mechanism of plant resistance for years, but the ‘sensors’ involved in plant recognition of insect pests are still not known. Thus, we wanted to get a detailed understanding of these mechanisms.”

To begin with, the scientists focused on soybean RLK genes that were structurally and functionally similar to a RLK gene, which is known to trigger a danger response by recognizing “oligosaccharides” (small carbohydrate molecules) during pathogen attack. They speculated that owing to these similarities, soybean genes might also show a mechanism similar to that seen in pathogen resistance. They found 15 such genes through genetic analysis. Next, the scientists generated 15 types of Arabidopsis plants, each plant uniquely expressing only one of the 15 individual soy genes. When they tested these plants using oral secretions from the pest, they uncovered genes for two novel RLKs that showed a defense response specific to the oral secretions, called GmHAK1 and GmHAK2. These findings were unprecedented: the role of these RLKs in soybean HDS systems had never been revealed before. Moreover, when the scientists dug deeper into the mechanism of these regulatory factors in Arabidopsis, they found two proteins, a HAK homolog and PBL27 (which play a role in intracellular signaling), to be involved in this pathway. Accordingly, this confirmed what the scientists had initially expected—soybean and Arabidopsis possess similar mechanisms for “danger response.”

I need plant systematic articles but I don't know how to find them. Can you help me?
46

In agriculture, it is crucial to develop strategies for pest control in crop plants to avoid incurring losses. This study takes a massive step in this direction by uncovering an important cellular mechanism that triggers defense response in plants. Manipulating this innate cellular system may even help scientists to fuel the development of new agricultural products, potentially making life easier for farmers. Prof Arimura concludes, “It has been challenging to find new pest control methods that are effective and do not harm the ecosystem in any way. Our study offers a potential solution to this problem by uncovering the details of how certain plants develop resistance.”

About Professor Gen-ichiro Arimura from Tokyo University of Science (TUS)

Dr Gen-ichiro Arimura is a Professor in the Faculty of Industrial Science and Technology, Department of Biological Science and Technology at TUS, Japan. He completed his graduation at the Hiroshima University Graduate School, after which he worked in the field of plant biology for several years before moving to TUS in 2013. A senior and well-respected researcher, he has more than 110 publications to his credit. His key research interests include plant biotechnology, ecology, and biochemistry.