How to effectively use active and passive voice in research writing 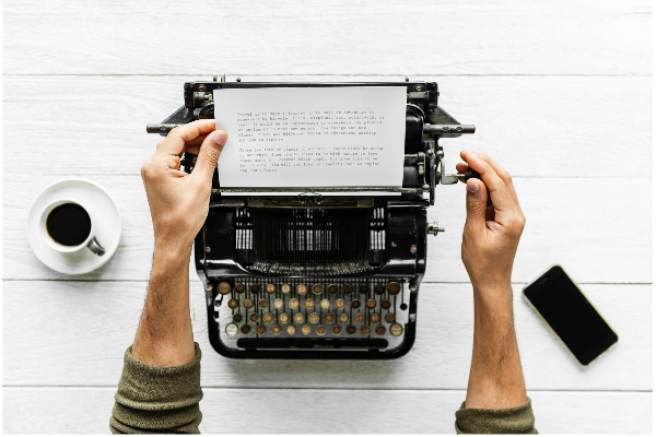 The usage of active versus passive voice is often a source of confusion in scientific writing. While some writers argue against the use of passive voice in academic writing, others claim it should be used liberally.

Before we get to that, let’s understand the difference between these two kinds of construction. All sentences in English are either in the active voice or in the passive voice. The active voice refers to a sentence format that emphasizes the doer of an action.

Here, the doer (in this case “the authors”) seems important.

On the other hand, in the passive voice, the action being performed is emphasized, and the doer may be omitted.

Example: Experiments were conducted on planetary gear trains (by the authors).

In this construction, the phrase “by the authors” can be omitted, which means that the reader already knows or does not need to know who the doer is; only the action is important.

How can I participate in academic activities in the future?
I am very interested in the publishing process. So, I…
189

Until recently, it was the norm to use passive construction in scientific writing. The passive voice lends an impersonal tone to the writing which was perceived to be more objective and formal. Traditionally, this tone was considered favorable for scientific writing and authors were advised to strictly avoid using the active voice, especially the use of first-person references, such as “I”, “we”, “my” and “our”, in their academic research papers. If you compare the two examples below, you will see that the passive voice sounds impersonal and therefore, more formal than the active.

Active: In this study, we numerically analyzed the thermal responses of WEDM wire electrodes using a finite element model.

Passive: In this study, a finite element model was used to numerically analyze the thermal responses of WEDM wire electrodes.

However, passive constructions can make the text more wordy and difficult to understand, especially when used in long sentences. Compare these two sentences:

Passive: An increase in hardness was demonstrated by all the brittle materials under dynamic indentations compared to measurements under static hardness.

That is the reason why many authorities are going against this traditional notion and encouraging the use of the active voice, with the view that academic papers should be easy to read and understand. In fact, multidisciplinary SCI-indexed journals like Nature and specialist journals like the American Journal of Botany, in their instructions for authors, state that the active voice is preferred. This is why you would now find the usage “In this study, we investigated…” very common.

How to write the most effective results and discussion sections

So which should you use: the active or the passive voice? Here are some generic guidelines that will make it easier for you to decide when to use the active voice and when the passive.

Why is the active voice preferable?

Passive: The hardness–impact velocity relation was significantly affected by the increased indenter mass.

Passive: No attempt was made to comprehensively investigate the material properties as it was beyond the scope of the present study.

Active: We did not attempt to comprehensively investigate the material properties as it was beyond the scope of the present study.

Thus, the active voice is more appropriate when you wish to emphasize a decision that you took as authors of a study.

Top tips and tricks to write an effective results section
[This video was originally published by Steve Kirk on…
4.8k

For instance, the author guidelines of Nature mentions the following: “Nature journals prefer authors to write in the active voice (“we performed the experiment . . .”) as experience has shown that readers find concepts and results to be conveyed more clearly if written directly.”

In short, most style guides and journals advocate the use of the active voice in scientific writing as far as possible since it is livelier, clearer and more direct. However, there are certain instances where the passive voice is preferred over the active.

When is the passive voice preferable?

1. When the recipient is the main focus: The passive voice is generally used when you wish to emphasize the person or thing acted on; for instance, when referring to your main topic, as in the following example:

How to conduct an effective literature search and keep up with new publications
The volume of publication output has exploded. You…
11.1k

Active: In 1921, researchers at the University of Toronto discovered insulin. It is still the only treatment available for diabetes.

Passive: Insulin was first discovered in 1921 by researchers at the University of Toronto. It is still the only treatment available for diabetes.

Compare the above sentences. Here, insulin is the main topic of discussion and hence should be focus of the sentence. The passive voice emphasizes insulin, and is therefore preferable in this context.

2. When the action is more important: When discussing an experimental procedure, the focus is on what was done, not on who did it. For example:

Passive: The solution was first heated to 120°C for approximately 20 minutes and then allowed to cool to room temperature.

Now let’s see what happens if the same sentence is written in the active voice:

Active: We first heated the solution to 120°C for approximately 20 minutes and then we allowed it to cool to room temperature.

Neither is the sentence clearer, nor more concise. In fact, it is a few words longer than the passive construction. In addition, the focus has shifted from the actual experiment to the researcher who conducted it. In this case, the process is more important; hence, the passive voice is preferable.

How to use tenses in scientific writing
The usage of tenses in a language as versatile as…
4.9k

Active: We dissolved the sodium hydroxide in water. Then we titrated the solution with hydrochloric acid.

In these sentences, it is obvious that the researcher is doing the dissolving and titrating. Therefore, the doer is not important. Moreover, using the active voice would mean beginning every sentence with “I” or “We” This would sound rather repetitive and monotonous. Therefore, the passive voice is a better choice here.

Passive: Sodium hydroxide was dissolved in water. This solution was then titrated with hydrochloric acid.

Usage of active vs. passive voice in different sections of a manuscript

Now let us dig a little deeper and try to figure out which sections of a manuscript require the use of the active voice and where the passive would be preferable.

Editage conducts a workshop on writing a manuscript effectively for high impact journals
Editage collaborated with Wolters Kluwer, India to…
885

Note how using the active voice in the second sentence helps the reader make a clear mental transition from previous studies to the present study.

Literature review: The literature review section of a paper often seeks to delineate the most important contributions in the field, which makes actors/agents/authors important.

In this case, the active voice is the stronger, preferable choice. It is cleaner, clearer, and more concise. It clearly states what the author has contributed to their article. The passive option is unnecessarily wordy and difficult to comprehend.

Using the active and passive voice in research writing
The active voice refers to a sentence format that…
149.2k

Methods section:  The passive voice is often preferred in the Materials and Methods section where the steps taken are more important than the doer or actor.  Consider the following example:

Active: We obtained the velocity contour lines from CFD simulations.

Passive: The velocity contour lines were obtained from CFD simulations.

In this case, it is more important to emphasize what was done rather than who did it; therefore, the passive voice is preferable here.

Results section: The passive voice is also preferable when describing the results of a study as the presentation of results calls for objectivity.

Active: We observed an inverse relationship between the pressure ratio and exergy loss in the combustion chamber.

Passive: An inverse relationship was observed between the pressure ratio and exergy loss in the combustion chamber.

Note that in the examples above, the passive construction seems a better choice because the statement indicates that these results hold true regardless of the doer of the experiment. It lends universality to the results.

In summary, both the active and passive voices can be appropriate choices in scientific/academic writing. It is important to consider what you are trying to emphasize in a particular sentence or section of your paper. Your guiding principle should be clarity: Think about what information the target reader is looking for, and choose the active voice or the passive voice, whichever will make the text most clear and comprehensible. If you write keeping this in mind, no journal reviewer will need to give you feedback about the active and passive voice.

Using the active and passive voice in research writing