Is there a gap between the scientific and non-scientific community? 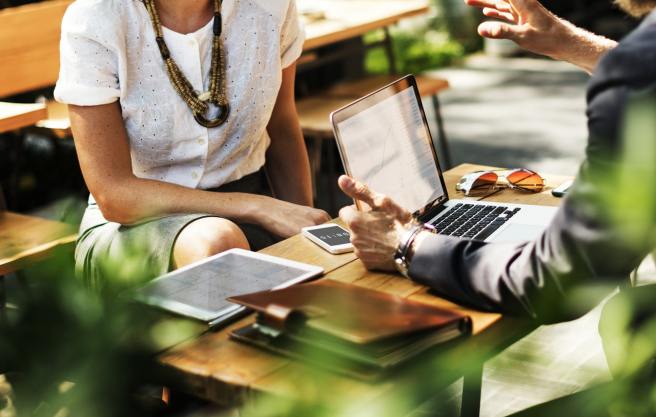 In 1985, the Royal Society of London published a comprehensive report on the importance of science communication to society. The report, titled The Public Understanding of Science provides recommendations on what can be done to improve public understanding of and engagement with science. The Preface explicitly mentions the need to bridge the gap between science and society:

"More than ever, people need some understanding of science, whether they are involved in decision-making at a national or local level, in managing industrial companies, in skilled or semi-skilled employment, in voting as private citizens or in making a wide range of personal decisions."

The only way to ensure that people understand science is to communicate it in a way that enables them to absorb it easily and comprehend how it impacts them.  The Royal Society’s document clearly indicates that the need for science communication and the benefits it can bring to society had already been identified as early as 1985! 22 years down the line, how much have we achieved in this direction?

The research and scholarly communication landscape has changed drastically, and dynamically, over the past couple of decades. With information freely available, public interest in science has grown. While this is definitely a positive sign, it creates a different problem. True, the public today has access to a lot of scientific information, but how much of it is reliable? And does the public have the ability to sift through the material and select only what is reliable and relevant? Perhaps not. According to a NASA-funded study, 51% of Americans are interested in science, but only 28% “have a sufficient level of scientific understanding to follow and engage in debates about current science and technology policy issues.” To me, this highlights some problems that need to be spoken about and dealt with in a systematic way. Here are the top four problems that come to my mind.

People can access science more easily today, but can they trust it? While the scientific community is definitely trying to make science accessible to society by focusing on open science initiatives, how many lay people would actually read research papers? Even if they do, would they be able to understand the content of these articles? Would your grandmother (or grandfather) go through an article on the latest research on diabetes or cancer? Yet, perhaps she could be among those who could benefit the most from the findings of such a study. The lay person’s source of information about the latest research is popular media. Your grandmother or grandfather would probably read news headlines that announce a miracle cure for diabetes without even reading the actual research article. There is no way for them to ascertain the accuracy of the latest scientific findings being shared via popular media.  Media obsession with sensationalizing science has been the cause of a lot of distortion of science, and I’ve discussed this at length in a previous post. What I am trying to say yet again is that poor or inaccurate communication about scientific research, especially when it could have medical healthcare implications, could lead to the public taking incorrect decisions or even losing their belief in science. While it’s great that we now have more media attention on science than ever before, what the public really needs is better information that they can trust.

Does a scientist’s job end after the publication of scientific findings? At an ideological level, the purpose of research is to improve lives and have a positive effect on society. Unless research findings are implemented for the benefit of the general public, the very purpose of a study is defeated. Additionally, research is funded by tax money collected from the public. Thus, academics have a moral obligation to make sure that the taxpayers reap at least some benefits from the research they have funded. Ideally, the responsibility of the researcher should not end with conducting the research ethically and publishing the findings in a journal or presenting them at a conference: the scholarly community should also strive to communicate research findings responsibly, making sure that the public gets a true picture of the findings and the extent to which it can benefit them, rather than making exaggerated claims, or giving a distorted/incomplete idea about the findings through popular media. This is what science communication is all about. Scientists today have different means at their disposal to communicate their science to the public: University press releases, lay summaries, video/graphical abstracts, blogging, and promoting their science on social media not only give visibility to scientific works, but also increase their outreach by  informing the lay person about scientific research that they would benefit from, in language they would understand. But the desperation brought in by the publish-or-perish culture in academia takes researchers away from their moral obligation to give back to society and stop thinking about taking their work beyond the lab and the journal article.

How easy is it for people to understand scientific language? When it comes to the best practices of science communication, a lot of importance is attached to accessible language and digestible content. For lay audiences to understand science, it must be free of jargon. Scientific/technical terms should be used sparingly when they are being used to communicate with the non-scientific audiences, and any jargon used should be explained in plain language. This is one place where gaps in perception exist. Scientists and the lay people speak different languages and it is important for the former to use the language of the latter when reaching out to them. Words that form part of a scientist’s daily vocabulary could be perceived as jargon by a non-scientific audience. Additionally, when trying to convey the essence and implications of research findings, scientists should also be wary of oversimplification.

Are we a science literate society? The audience that scientists are targeting need to have some preparedness to receive scientific information and be able to apply it in their everyday decisions. Thus, while scientists will definitely have to explain their research in simple language, the communication will not be effective unless the audience has a certain degree of understanding of scientific research, how it works, and what it implies. That is not to say they don’t. Some definitely do, and these are the people who are showing more and more interest in science. However, for research to truly impact individual lives, a more pervasive understanding of science is required. The science community should take conscious steps in making society more science-literate. This responsibility, in fact, also lies with policy makers who influence science curriculum at the school, undergraduate, and graduate levels.

Just a few decades ago, mobile phones and the internet were relatively new. But today, even people in remote villages know how to use smartphones, and even elderly people are avid users of Whatsapp and Facebook although nobody really taught them how to. It is this kind of pervasive change that is required for science now. This is a change that has to happen at the grass roots level. We need events that will bring the scientific and non-scientific communities closer together. Lay audiences need to be immersed in science in the way they are surrounded by gadgets today: everyday life should be more science focused. Right from primary school education to popular media such as television, films, the internet and social media, science should be omnipresent in people’s lives. This will facilitate a better understanding of science and help bridge the gap between scientists and the non-scientific community. This in turn, will improve the quality of rational decisions and the use of science products, and hopefully, increase the public’s trust in science and scientists.

What's your opinion on how scientists, the media, and the public are embracing science commuication? Watch the video below and share your views in the comments section.

* Editor's note: This article was edited for clarity of intent based on a comment by a reader.

What is a lay summary? 8 min read