Why a comprehensive understanding of mental health in academia is important 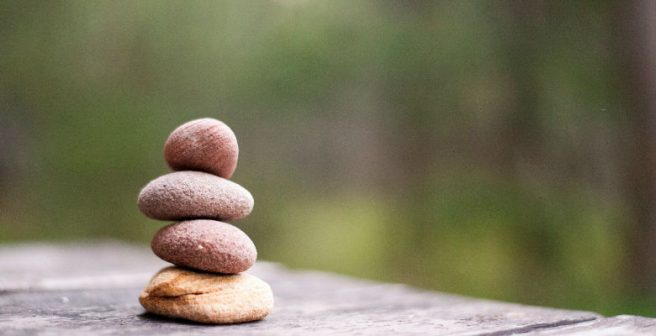 Over the past few years, mental health in academia has begun to receive more and more attention—a welcome development since mental health concerns among researchers had not been traditionally investigated although research has always been anecdotally known as a high-stress profession.

On October 10, 2019 (World Mental Health Day), Cactus Communications, a global scientific communications organization, launched a global survey on mental health among researchers to gather inputs on this topic on a large scale. As a member of the core team involved in this project, I would like to elaborate on why this is an important topic and what led us to undertake this project.

The idea for our survey took shape as we reflected on several factors. First, as a global scholarly communications organization over seventeen years old, we have been intimately aware of one of the major sources of stress for researchers: the constant and tremendous pressure to publish, and to publish in international, high–impact-factor journals. Numerous authors (especially those from non–English-speaking backgrounds) have shared with us the frustrations they experience when they have to write and plan their publication activities or deal with rejections, sometimes facing tight deadlines and lacking adequate support from their organizations/supervisors.

What does a comprehensive citation list include?
Hi, I always find it difficult to choose which…
12.1k

Second, a previous large-scale global author survey that we had conducted highlighted several other pain points related to academic publishing. Important among these were the long time taken to have a paper published in a journal and concerns around peer review quality/processes. Authors shared with us heartfelt and insightful comments on how these issues can affect their career progression in a hyper-competitive environment.

Since publication success is typically used as an indirect measure of performance, publishing-related pressures can spawn other problems. Some authors shared with us their concerns around unscrupulous practices being adopted to exploit these pressures (e.g., predatory publishing) and the added stress of ensuring that they do not fall prey to these elements.

The overwhelming response we received for that survey indicated how pervasive academic-publishing pressures were and how they form an important potential source of stress. But these still represent just one aspect of researchers’ lives.

Third, researchers have been separately sharing with us personal stories of their academic lives for publication on our forum for researchers: these include both success stories and stories of struggle. Some describe the routine challenges in academic work and affirm that a certain degree of stress comes with the territory. After all, being a good researcher does require a lot of patience, hard work, and willingness to embrace challenges pragmatically.

However, some stories emphasize that researchers are not solitary workers whose success is fueled only by their brilliance in an academic domain. They work within systems that create an environment or culture that can either facilitate their growth and academic endeavors or stymie them. Therefore, for researchers to succeed, they need to manage both inherent and environment-specific pressures existing within academia, not to mention pressures caused by personal life situations.

The problem begins when these pressures are considered the norm and researchers are expected to soldier on despite the damaging impact these can collectively have on them. The normalization of such stresses and lack of support in managing them makes it difficult for researchers to openly discuss how these may be affecting their well-being, as personal anecdotes like this one and this one demonstrate.

Finally, some reports related to the state of well-being in academia indicate that mental health concerns may be more prevalent in academia than in the general population. For example, a 2014 study involving graduate students from the University of California, Berkeley, found that about 47% of the PhD students surveyed “reached the threshold considered depressed.” A 2017 study involving PhD students from Belgium reported that almost a third of the students were either at risk of or developing a psychiatric disorder. Another noteworthy study published in Nature Biotechnology in 2018 also found a worrying pattern: the prevalence of moderate to severe anxiety and depression was six times higher in PhD and master’s students than in the general population. In Nature’s latest biennial survey of PhD students, more than a third of the respondents reported having sought help for anxiety or depression.

This makes it imperative to break the taboo around discussing these concerns and make efforts to understand them better.

Most discussions around mental health in academia so far focus on students or researchers in the early stages of their careers, and are seemingly concentrated in Western countries. However, this is almost certainly a universal problem, although with possible stage- and region-specific characteristics. Unfortunate stories of academics who struggle with work-related problems and are driven to suicide have been reported from around the world (for example, see this case, this one, and this one).

All of these factors prompted us to launch our survey. Our long and close association with the research community and our extensive global reach offer us the unique advantage of being able to access diverse researcher groups. Our survey is available in five languages at present (and we intend to add more languages soon). It covers a multitude of questions related to feelings of purpose/fulfilment, workplace-specific factors that they appreciate or are unhappy about, personal life situation, career progression, sources of support, willingness to seek professional counselling services if needed, access to these services, and reasons preventing researchers from using such services. Therefore, the survey results can help understand the problem at a global scale as well as among specific demographic groups and the needs of each.

Among other things, we hope to obtain a rich collection of opinions from researchers on what they believe their organizations and decision-makers in academia can do to make research environments more positive. We believe such direct inputs will be particularly valuable to everyone in academia who is concerned about research quality as well as researcher well-being and is committed to improving both.

Click here to know more about and take the survey.