8 Tips to increase the reach of your research in…

Increase the reach of your research: Things to do…

Promoting your article in the social media age

8 Tips to increase the reach of your research in…

Increase the reach of your research: Things to do…

Promoting your article in the social media age 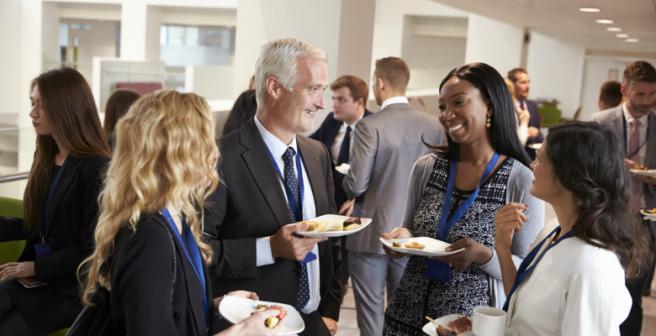 As a graduate student, I was quite fortunate to attend several conferences. Initially, their purpose was limited to attending talks, grabbing free food, and catching up with long-distance friends. Occasionally, someone would mention the dreaded word: networking. Networking is pivotal in building and strengthening symbiotic relationships in academia and industry. However, early career researchers avoid networking with the usual fear — how can I interact with highly experienced scientists as a measly student? Here are a few tips to successfully navigate through a conference.

Approaching senior researchers is the biggest challenge that one faces as a student. You have to push yourself to do it, even when the mere idea seems intimidating. My confidence-boost came from the first time I mustered up the courage to compliment a professor on his talk. His friendly response brought forth the obvious, yet forgotten, perspective: professors are only humans. In my opinion, the best way to have a decent chat with the most-sought-but-often-busy professors is to briefly introduce yourself and invite them to your poster/talk. This way, they can get acquainted with your work without you encroaching on their time. Even a brief chat will help you transition from a stranger to an acquaintance, opening doors for future follow-up lab visits.

When Shakespeare wrote “What's in a name…”, he forgot to mention certain exceptions. Knowing names is helpful, if not essential, at networking events. It would be ironic to dine across influential people from your field and miss out on a golden networking opportunity, being clueless of their identity. I recall an embarrassing situation when my mentor introduced me to a researcher, adding that I am surely familiar with her work. I most certainly was (I found out later), but having known only her last name, I was embarrassingly at a loss of words at that moment. Thereafter, I got into a habit of pre-conference preparation: researching names of potentially interesting speakers or attendees. This small change was remarkably effective in narrowing down my potential targets from a crowd of attendees.

How can an early career researcher understand a scientific paper?
Reading papers for young researchers like me is a…
6.6k

I find that poster sessions are highly underrated. They are the water cooler equivalent of offices; this is where science is freely discussed, where the 'what did not work' information behind papers is out in the open. What turned out to be perhaps one of the most important suggestions during my PhD came from a poster-visitor at my first conference. He pointed out an important flaw in my experiments that I had missed, saving me from a future disaster. I pondered over the horrible consequences had he not luckily stopped by, and started using poster sessions to actively gather as much information as possible regarding my topic. I usually researched the attendees in related fields and went armed with their name, poster number, and specific questions to discuss with them. Try this, and you will find that most fellow researchers are helpful and even open to follow-up discussions.

4. Leave behind more than just a good impression

Imagine that the stars line up and everything goes smoothly — you research Mr. X, muster courage to approach him, and discuss your captivating work with him. Then what? I have often scribbled my contact information on random scraps of paper, then worried if it was a lost cause. Don't take that chance! Keep some business cards ready to circumvent such situations. As a student, my personal issue against having a card was not feeling accomplished enough. It was only when free 'networking cards' were handed out at a conference one time that I witnessed their effectiveness firsthand. My advice to young researchers: business cards should be treated as simply a smart provision to give out contact information, not like a degree.

How to become a peer reviewer: 6 Tips for early career researchers
Reviewing scientific literature can help you develop…
4.4k

Post PhD, I transitioned from research into a career in science writing and communication. Even though I hung up my lab boots, the importance of networking in my life has not changed. In fact, having moved to a new country with virtually no professional contacts beforehand, I regularly attend networking events, niche group meetings, and volunteer workshops, where my networking experience helps me confidently break into a crowded room.

This article is partly based on Ms. Prabhune's write-up Networking: a dark science for young researchers.

Writing in the cloud: Tools for collaborative writing