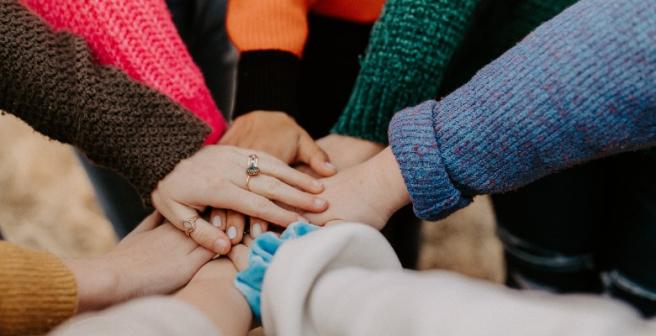 In a marked shift towards being more inclusive and equitable, the scientific publishing world welcomed a new ‘name change policy’ for research authors. In a first, a network of 17 national laboratories joined hands with 13 publishing groups to sign the agreement, which makes it easier for transgender and gender non-conforming researchers to change their names on digital editions of published papers. The trans-inclusive name change agreement follows a simple and seamless approach that enables authors to discreetly update their names on published articles without any change in their DOI.1

Authors are under no compulsion to disclose the reason for the request and do not need to provide name change proof. The agreement respects the authors right to privacy and offers them the option of changing their name with or without a public notice. “This change eliminates an enormous burden on researchers, emotionally and administratively, to correct the record,” said Lady Idos, the chief diversity, equity and inclusion officer for Lawrence Berkeley National Laboratory, which spearheaded the agreement.2

Previously, researchers faced an unfair and difficult choice of having to either delete their prior work from their publication record or risk possible discrimination. However, for those wanting to change their names partway through their careers because of gender identity, religion, or marital status, the disconnect between the old name and the new often proved detrimental to their professional growth. If a person’s academic work is attributed to different names, it not only creates confusion about the author’s readership or citations, it also makes it difficult for readers to access all of a researcher’s work in one place.

In 2019, when Theresa Jean Tanenbaum, associate professor at the University of California, chose to transition and change her name, she was faced with the uphill task of trying to correct her name on dozens of her published papers spanning more than a decade. She said, “…I found myself navigating a confusing and exhausting landscape of ad-hoc name changes, refusals, delays, and closed doors.”3 She chose not to give up and, instead, founded the Name Change Policy Working Group that led a tireless and persistent campaign to bring about change in straitjacketed publication policies.

Announced last month, the agreement is expected to streamline the collaborative process and ensure that researchers are credited properly for their full body of published work – thereby creating a more inclusive culture in STEM fields and STEM publishing in particular.

The policy applies to all scientific content published, including journal articles, conference proceedings and e-books. Publishers play an important role in “the entire knowledge ecosystem,” said Judy Verses, executive vice president at Wiley. “This partnership shows the power of scientific collaboration — not only to move the world forward with new discoveries, but also to drive inclusivity with impact.”2

Speaking about the policy, Ed Gerstner, director journals, policy and strategy at Springer Nature, commented, “As publishers it is imperative that we, collectively, find ways to ensure our academic community feels safe and supported. Not only in the production and publication of their research, but also to ensure that they are properly accredited and recognised for their full body of academic research, which they have contributed to the development of science and society.”4

Joerg Heber, research integrity officer at Lawrence Berkeley National Laboratory, lauded the collective efforts that led to this momentous change. “We are supporting our colleagues on an important issue that is often taken for granted — allowing them to take full credit for their academic achievements with their name. It could not happen without our partners at the other national labs and in publishing. We’re grateful to be working in concert on this — it’s never been done before.”5

Open access policies and mandates around the globe
This infographic presents the number and distribution…
1.6k

This development is particularly welcome now since the topics of diversity, inclusion, and equity within academia and scholarly publishing have been discussed widely in the past few years. The importance of recognizing and respecting a researcher’s identity has been underlined even in the theme for this year’s Peer Review Week—one of the largest online global events in scholarly publishing—Identity in Peer Review.

While there are still miles to go to achieve inclusion and equity across all sections of academia globally, this collaborative step allowing something as simple as a name change will go a long way to ensure fair treatment to several researcher segments.

A journal editor and a publisher talk about how the publishing process really works
Dr. Donald Samulack, President US Operations, Editage,…
4k

How publishers are ensuring inclusivity in peer review: Interview with Charlie Kelner of Hindawi 7 min read