Don’t forget to take real breaks (a day off, a night off), they are not a waste of time and usually are the best thing to do in stressful times. You’ll come refreshed and won’t regret the time away.

Don’t forget to take real breaks (a day off, a night off), they are not a waste of time and usually are the best thing to do in stressful times. You’ll come refreshed and won’t regret the time away. 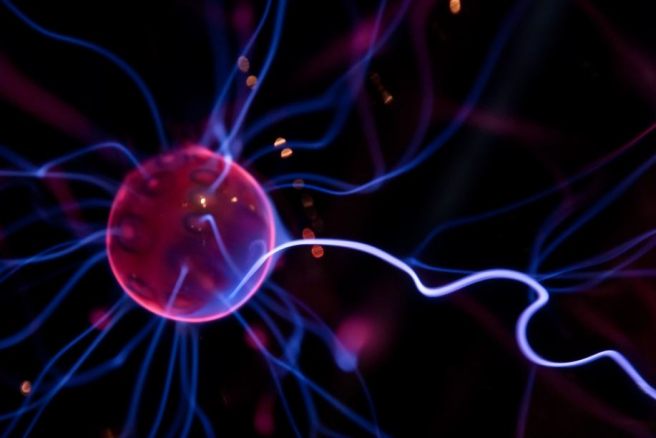 Have you ever wondered why pieces of Styrofoam get stuck to a cat’s fur? Or why some clothes, when rubbed together, sometimes cling to each other? This happens because some materials, when in contact, develop an electric charge, known as static electricity. Always on the lookout for newer energy sources, scientists often wondered whether this “contact electricity” could be converted to useful electrical energy. This was made possible with the invention of the triboelectric nanogenerator (TENG) in 2012, a device that could generate energy via mechanical contact between surfaces. Because this device primarily works on the concept of surface contact, it is a sustainable, green source of power. But, TENG comes with its cons. The current technology used in TENGs is not very efficient, as it sometimes leads to possible leakage of electricity in air (in other words, “electric breakdown”), which ultimately reduces the power output. Another pragmatic problem is the low voltage supplied by the TENG when operating devices with low resistance, such as LEDs.

Regardless, having realized the potential of TENGs, scientists globally have been working on upgrading its technology. Now, in a breakthrough study published in Advanced Energy Materials, a group of scientists from Korea, led by Dr Sangmin Lee from Chung-Ang University, found a new way to tackle the issues faced by conventional TENGs. They used a technique called “ion enhanced field emission” to devise a new type of TENG, which they named as IEFE-TENG. Interestingly, the device managed to generate a larger electrical output than conventional TENGs. Talking about the scope of this exciting finding, Dr Lee says, “Many studies have tried to generate electricity through static electricity, but conventional triboelectric nanogenerators pose several challenges, which have remained the same since they were first introduced. Our lab believed that through structural improvements, we could further improve the electrical performance and applicability of triboelectric generators.”

In their device, the scientists used two extra layers—an “IEFE-inducing layer” which acts as a “charge accumulation layer”—in the core of a regular nanogenerator. The trick was that this layer—placed in a way such that it forms contact with the atmosphere—provided an additional point of contact with ions in the air. This resulted in a phenomenon called “field emission,” in which electrons that are transferred through the IEFE-inducing layer generate a much higher power output than usual. Specifically, the team observed a whopping 635% increase in the root-mean-square power (a measure of the power generated). Interestingly, this improvement was a result of adding just one extra layer to the device—a relatively simple and low-cost method. Excited about this new development, Prof Lee commented, “The IEFE-TENG developed in this study can provide a new standard for TENG fabrication and potential solution for portable power sources. Our device showed us a huge improvement in the electrical output of triboelectric generators by adding a simple layer.”

The applications of TENGS are many, for example as power sources in batteries, portable gaming devices, and temperature/humidity sensors, and upgrading this device could certainly prove useful. Prof Lee elaborates on the broader scope of this study, “The energy demand globally is skyrocketing. Through our simple yet efficient device, we hope to provide fulfill the growing demand of energy even in countries that cannot afford high-cost technology.”

Energy is available in many forms, and making the most of it can prove beneficial, especially with a dearth of sustainable energy sources. Green energy is the need of the hour, and with inventions of this kind, we could potentially be a step closer to creating a better, more sustainable future!

Dr Sangmin Lee is an Assistant Professor at the School of Mechanical Engineering, Chung-Ang University. He is also the corresponding author of this study. A respected and senior researcher, he has more than 80 publications to his credit. His main research interests include piezoelectric and triboelectric nanogenerators, super-flexible piezoelectric nanogenerators, and hybrid cells.

Diamonds in your devices: Powering the next generation of energy storage 5 min read