On being a recovering perfectionist and feeling like an impostor 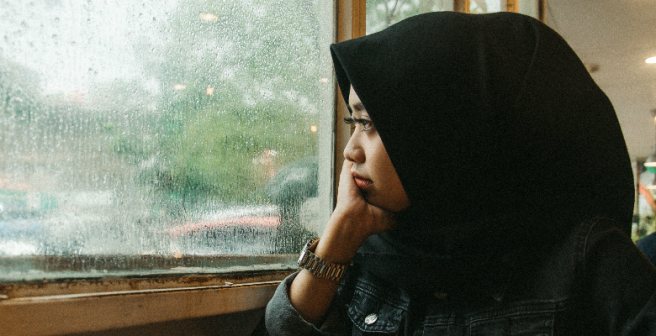 Now that it’s the start of the new term again, I thought I would write an entry about the impostor syndrome, as it is something that every Cambridge/PhD student would experience at least once in their life.

In my second term at Cambridge, one of the trainers in the Researcher Development Programme asked me the following question: “Do you think that you are not smart enough for Cambridge?”

Now, in what should be my last term in Cambridge, my supervisor asked the current Secondary Science PGCE teacher candidates the following question: “Put your hand up if any of you think that you are not smart enough for Cambridge.”

Quite a lot of hands up were seen, despite the fact that these PGCE teacher candidates were subjected to a rigorous interview, and considering that I sat in during some of the interviews for Biology teacher candidates, I knew that those who managed to get into the PGCE are very smart people.

The impostor syndrome (or the impostor phenomenon) is a psychological belief that your accomplishments are the result of working harder than others or luck or somehow being able to convince others that you are good, rather than from your own genuine ability (Langford & Clance, 1993).

As explained by Dr. Cham in the comic below, it is very common among successful people:

Though the syndrome was at first thought to be pervasive among women (Clance & Imes, 1978), apparently men get the impostor syndrome too (Langford & Clance, 1993). Judging from the hands up that I observed among the Secondary Science PGCE teacher candidates, this is true. Some of those hands up were from men.

Clance et al. (2008; p81) described a woman who has impostor syndrome, and who has been given a task to finish or to start a new opportunity –

“She is likely to respond in one of two ways: she will either get to work immediately and over-prepare for the challenge, or she will procrastinate until the final hour when she will engage in a frenzy of activity. If she over-prepared, she will tell herself that she must work harder than others to be successful, and thus is an impostor. If she procrastinated and finished in a flurry, she will tell herself that she fooled them again with a last-minute hurry-up job, and thus is an impostor. Either way she forfeits the affirmation of a job well-done.”

That sounds pretty familiar to me. I certainly behaved that way most of the time prior to recognizing that I have impostor syndrome. In fact, when I realized that procrastination until the final hour (second way) did not get me to where I wanted to be during undergrad, I started to respond in the first way (get to work immediately and over-prepare for the challenge) during MTeach; so much so that I was tired, depressed, and stressed most of the time. Unsurprisingly, there is a link between depression and impostor syndrome (Langford & Clancy, 1993).

Being at Cambridge meant that my cycle of responding to challenges falls in the first category again (getting to work immediately and over-preparing for the challenge).

So, now that I am about to submit my PhD thesis, have I won against impostor syndrome? I don’t think I have won the war yet, but I have won the battle several times, I’d say.

a) Individual pyschotherapy: This was through counselling; having a psychotherapist listen to me and help me analyze my thought processes helped the healing process. For others, cognitive behavior therapy (CBT) might help; in my case, I noticed that CBT wasn’t really for me, as I cannot follow the rigid schedule that CBT teaches. However, I did use the aspects of CBT in my approach towards healthy striving.

It was from group therapy (in both perfectionism vs healthy-striving CBT group therapy and self-compassion group therapy), that I learned about the three systems, that is, threat system, drive system, and soothing system (Gilbert, 2005).

c) Support from friends, family, and lecturers: Having friends to talk to and support you (and for you to support) to help build that self-esteem and realize that you are intelligent and you are doing a good job, is important. I remember how happy I was to receive this in my pigeonhole during Michaelmas last year. Family is also a source of support. However, as explained by Clance et al. (2008), familial expectations may sometimes cause the impostor syndrome to be worse rather than better. This is because the woman may have unrealistic expectations of herself due to reasons that are subjective to each family and each individual. In my case, my parents are really supportive of me, and I do sometimes talk about my research with my mum, who is a teacher and has mentored quite a lot of pre-service teachers herself.

Of course, having members of staff who clearly care helped me win my battles with my impostor syndrome. The lovely tutors, porters, and librarians in Lucy helped a lot with the battles.

Dr. Elaine Wilson once gave me a well-being action plan when I told her about going to counselling for my depression (I have since scanned it to give to a friend who experienced depression when she was overseas for fieldwork). My supervisor, Dr. Mark Winterbottom, encouraged me to go to any group therapy sessions at the UCS even if I might not need it (like the self-compassion one, I didn’t really need it, but it was good to attend it regardless) and my previous supervisor, Professor Keith Taber, was the one who encouraged me to go for counselling in the first place.

Speaking of Keith, I went to have a little chat with him yesterday (he was in his office waiting for a new student); he asked me if I am well, and I answered that I finished responding to the feedback he gave me, and then he asked me again if I am well. My answer was “sort of,” which translates to well enough to not need therapy.

Which is good enough for now.

Hamizah Haji-Haidi (@AmyHeidi) is a PhD candidate at the University of Cambridge. This story was published on October 5, 2018, on Hamizah’s blog, Reflective journeys of a doctoral student (available here), and has been republished here with her permission.

I felt jet lagged after my PhD viva 7 min read

Me and my impostor syndrome 1 min read