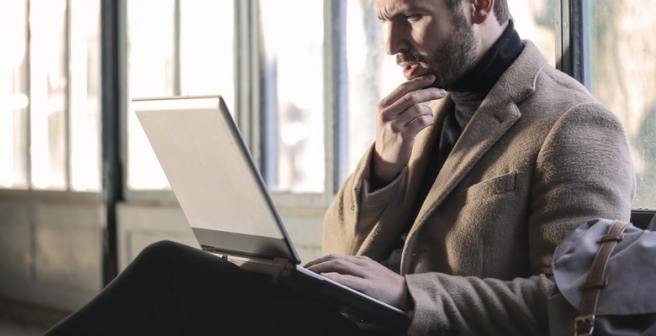 Given the research community’s increasing interest in open access and the fact that several countries are adopting it as an integral part of scientific communication (e.g. China and the USA), it would be interesting to know more about how developing nations like Brazil view open access. Brazil has been known to invest heavily in scientific research. It has also been an active supporter of the open access movement. In her article Why Open Access for Brazil (2008), Alma Swan takes a deeper look at barriers that prevent Brazilian scientific research from being accessible globally, problems that Brazilian researchers face when trying to access research from other countries, and how open access has the potential to drastically increase Brazil’s visibility globally. The highlight of her article is her discussion of the common misconceptions or myths about open access.

Optimally, Swan argues, researchers across the globe should have unrestricted access to each other’s work, in order to be able to build to an existing body of knowledge and to avoid duplication of effort. Open access—which refers to the free and unrestricted availability of published (peer-reviewed) scholarly work—provides greater visibility to research thereby increasing its impact, boosts the progress of science, facilitates better management and assessment of research, and provides raw material for research data-mining tools. However, the dynamics within the scholarly publication industry make this difficult, especially for Brazil. A bulk of Brazil’s scholarly output is rendered inaccessible because of these poor systems of dissemination:

As a result, the Brazilian government receives poor returns on its investment in science, technology, and innovation (estimated at US$7 billion). According to Swan, the tables could be turned by simply exploiting the potential offered by the Internet – through open access. Initiatives such as SciELO, Redalyc, and Bioline International have played a crucial role in increasing Brazil’s visibility. Despite this, Brazilian researchers continue to misunderstand the open access concept and are hesitant about stepping outside the traditional mode of print publication. So what are the common misconceptions about open access?

An open access journal distributes articles freely, but this does not imply that the research is of poor quality. Open access journals, such as PLOS ONE, publish peer-reviewed research and follow the same peer review process as traditional journals.

Myth 2: There may be complications due to copyright restrictions

Authors often hesitate from choosing to make their work available because they worry about copyright restrictions imposed by their publishers. As opposed to traditional publishers who lay down stringent copyright rules and make it mandatory for authors to relinquish copyright for their articles, open access journals "do not have any copyright restrictions at all: the copyright remains with the author of an article, who can make unlimited numbers of copies for distribution, use them in any number of copies for teaching and so on." Moreover, it is always possible for authors to determine the journal’s stance on copyright during the submission process.

Myth 3: Self-archiving is not permitted

Self-archiving is the practice of placing digital versions of scientific literature online to make it freely available to anyone on the Internet. Authors’ concern with self-archiving pertains to whether they have the right or permission to self-archive their own work if their publisher holds the copyright. To resolve this confusion, all authors need to do is check the permission policies of journals. This can be done through the publisher-permissions services offered by self-archiving repositories such as SHERPA or EPrints. Authors can also determine whether their publishers allow self-archiving of the final, peer-reviewed version or the pre-print version (before it has been peer-reviewed).

Myth 4 - Self-archiving is a complex process

Contrary to authors’ belief, self-archiving is a simple process that takes only a few minutes. It simply requires authors to input article metadata (author names, affiliations, article title, etc.) on the open access repository. After indicating the type of the article and indicating whether it has been peer reviewed, all that authors need to do is upload their articles on the repository.

4 Common types of plagiarism in academic publishing
Attempting to use the ideas, words, or work of another…
8.6k

In addition to busting these myths about open access, Swan insists that funding agencies, research groups, and academic institutions have a central role to play in increasing Brazilian authors’ awareness of open access. Brazil boasts a very high annual research output and open access is one way by which the work of Brazilian authors can be made visible to their other researchers in different corners of the world.