Video: The future of open data in the research publication landscape 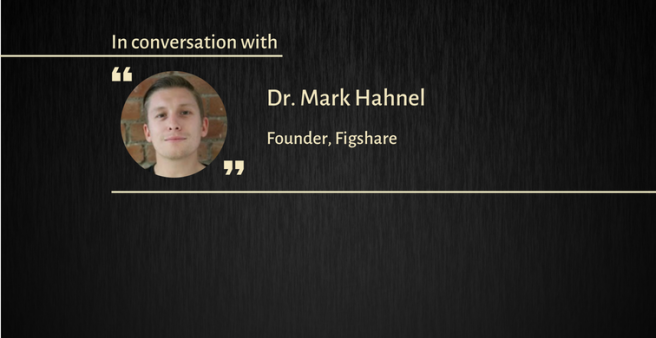 According to Dr. Mark Hahnel, who founded Figshare, the open data movement will be successful across the globe if publishers and funders adopt the carrot-and-stick model. Data sharing should be incentivized for researchers; this will help them adopt the idea more easily. Dr. Hahnel says that most funders Figshare speaks to foresee data sharing becoming mandatory a few years down the line. He also shares examples of some incentives funders use to attract researchers toward data sharing, e.g., increased citations. According to Dr. Hahnel, data and digital research will become more and more mainstream over the next couple of years, and universities and funders will gain greater control through incentive-based data sharing mandates.

Other parts in this series:

VIDEO: Exemplary women in academia: A tribute to 18 Nobel Laureates

The future of open data in the research publication landscape

Figshare - A data sharing platform for academics and journals