Why I can't afford to feel like an impostor: Taking science center-stage 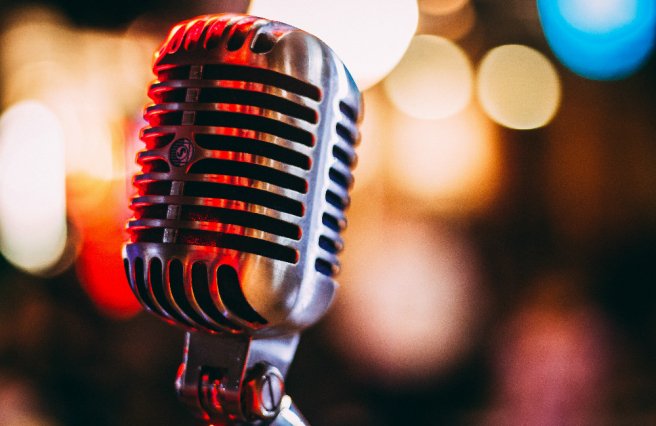 Two weeks ago, I gave a talk to over 1200 people, and I almost quit a minute before I was on. From the backstage area I could see the smoke twirling in blue and pink hues with the stage lights, and the silhouettes of the audience as the speaker before me was finishing his talk. I panicked. How could I carry that stage and all of those people’s time on my shoulders for the entire duration of my talk?

I called the backstage producer and blurted, ‘Anna, help me, I’m freaking out!’ She made me breathe and swing my arms, but it wasn’t helping until I heard her say, ‘Think of your message.’ And that was it. Nodding, I said, ‘Yes, it’s about the message, it’s not about me.’ I had to go out there to say that science literacy is a must-have tool if we want a society that is inclusive in its decision-making.

That day, we were presenting at the main hall of Finland’s Music Centre, 10 speakers with 10 completely different stories to tell. And I was the only one talking about science and technology. My fellow speakers would bring up subjects ranging from leadership, the power of appreciation, vulnerability and embracing your identity, to the integration process of a refugee and mental stress from social media. I had to bring science to the table.

“I can do it,” I told Anna, as I stepped out onto the stage. There were 10 stories, and only one was about science. I felt calm the moment I began to speak. The message had taken over.

What I realized after that night on stage was that I had fallen into the trap of the ‘impostor syndrome.’ Well, in my head, it wasn’t a mere trap, but a very real sounding voice making me question if I was good enough to be talking about science; let alone represent science and my fellow colleagues to the rest of the world. But I will nonetheless say out loud that it was in fact a trap, and I finally found a way to identify it and jump over it the next time I see it.

Let me explain – Whenever I feel doubtful of my skills or knowledge, it is because as scientists, we feel uncomfortable stating a fact if we are not sure about it. We want to be precise because even a slightly rephrased sentence can have a different meaning. This is why we feel comfortable citing sources of previous work where we can assess the credibility and verify the information.

At least all of this runs through my head when, for example, a non-scientist asks me: “Why will X region of the world be more affected by rising temperature?” How do I choose my short answer without letting this person misinterpret the science? Worse, what if I say something and it turns out that it was factually wrong? They will lose faith in scientists because of me! This is what makes me panicky, and I end up thinking that there surely are many more adept colleagues that could be answering this question instead of me.

And it’s funny because as scientists, we never assume that we know all the answers. On the contrary, we know science progresses with time; that instruments of measurement get more accurate as technology advances; and we nonchalantly hear out opposing conclusions to our data analyses. But when I face a non-scientist, the responsibility to get it ‘right’ takes over. And here lies the problem because it had made me hesitate not once, but twice, before I dared to explore a new way to engage in science communication.

For instance, I’ve been involved in science communication projects with art-educators and artists; I’ve given public talks, started a newsletter, conducted interviews and even co-hosted a podcast. But at each step of the way I have faced a looming dark door of doubt in front of me, feeling I’m not qualified enough. Thankfully, I love doing all of this so much that I’ve just closed my eyes and jumped right in. Of course, my jumps were often followed by me apologetically hoping I could make a worthwhile contribution. But I’ve eventually decided that I will need to make things easier for me from now on.

This decision is a sort of wedding vow: I promise to love the projects I do so that the motivation is always to make science accessible to whoever may seek it; to promote critical thinking and questioning of sources as the discourse of science, rather than simply handing out facts; and lastly, to be honest enough when I don’t know something, and make the effort to look for the answer/right person to ask and get back to them. Most importantly, I will be sure to embrace talking about and representing science, knowing that I’m vulnerable but responsible.

For my talk two weeks ago, I had written in my bio description that “the world needs more scientists rocking the stage.” The stage might not be our usual comfort zone. But, we need to take our conversations on science out of our academic institutions and share them with the rest of the world, including – or especially – the questions, the uncertainties, and the iterative and collaborative process of writing manuscripts. It seems that until now, the world has been asking us scientists only for statements and solid knowledge. But in my opinion, what is equally important, or maybe even more important, is to share the inquisitive process we dabble in to get there.

I believe that science discourse is overshadowed in public discussions. Sensational misinformation often trumps verifiable knowledge and our childhood curiosity for the world around us stifles as we grow. It is for these reasons that I’ve reached the conclusion that I can’t afford to feel like an imposter. Science advances the quality of human lives and the understanding of our world, and this makes it relevant to anyone wanting to know more. But when the science is tied to political or societal implications, then it becomes our duty to include scientifically sound information in the public discussion.

Perhaps it is not included in the standard job description of a scientist, but it is time we go out there and rock the stage.

Why I can't afford to feel like an impostor: Taking science center-stage 6 min read