Why I decided to do cancer research 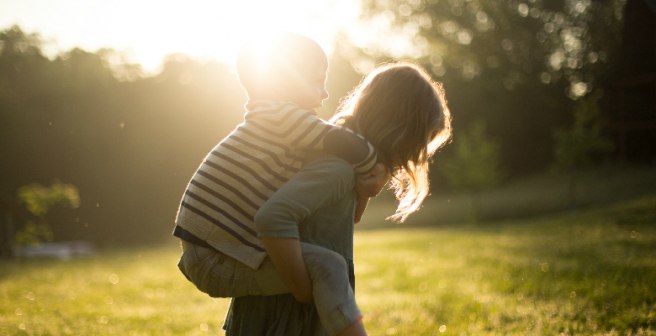 My PhD project involves designing and making “tool molecules” that might lead to new cancer drugs one day. Medicinal chemistry covers a vast range of disease areas and many scientists often have a personal connection to their particular field. In this post, I will discuss some of the personal experiences that motivated me to pursue this particular area of research. Cancer, a disease involving uncontrolled division of cells in the body, affects many people. CRUK now says 1 in 2 of us will be diagnosed with cancer; but more of us will survive it these days. This is due to many factors: we’re living longer; we’re getting better at detecting it; and also the encouraging news that treatments for some cancers are much better than they used to be. My Grandma Rena died of ovarian cancer when I was 7. This was my first close-to-home experience of the disease.

In my last year of high school, a family friend gave birth to a little boy called Oliver. Unfortunately, he was born with a rare and aggressive form of cancer called a Rhabdoid Tumour and he sadly passed away a few months later on Christmas Day. A photo of baby Oliver smiling

Since then, his wonderful parents, Andy and Jennifer, have raised over £530,000 through their charity Love Oliver, to support families experiencing childhood cancer and have also helped to fund 2 PhD projects at Newcastle University that research the type of cancer Oliver had.

While Oliver was getting cancer treatment, I was applying to different universities to study chemistry. I chose chemistry because it was one of my favorite subjects at school, (having decided not to pursue music) and it gave me plenty of career options.

I was drawn to medicinal chemistry/drug discovery courses because of what was happening with Oliver at the time and I loved the idea of helping patients, without necessarily going down the medicine route – I don’t have the stomach to work in a hospital!

Throughout my degree I continued to find myself drawn towards cancer as the area I was interested in researching. While I applied for PhD projects involving antibiotics and for other disease areas, deep down I knew I really wanted to work on a cancer project because of my past experiences. I managed to secure a project and supervisor at Sussex Drug Discovery Centre.

Then, rather ironically, before starting my PhD, I actually had treatment for cancer myself. During the final year of my MChem at University of Strathclyde, my mum spotted a lump in my throat. After going to the GP, they thought it was a lump on my thyroid that should be checked out.

The thyroid is a small butterfly-shaped gland in your neck that makes a hormone called thyroxine, which controls processes such as metabolism. I was told at that appointment by my doctor that if it was thyroid cancer, it was one that is very treatable.

Thyroid cancer generally has a 95% survival rate and was described to me as a “good” cancer to get, if such a thing exists. This meant I never really thought about whether I would die or not. Treatment for thyroid cancer is relatively straightforward: it involves a couple of surgeries to remove your thyroid gland and then some radiotherapy.

I was able to delay starting my PhD for a few months and during the downtime I had between surgeries/radiotherapy, I made a few trips to see friends in Belfast, London, Brighton, Dublin, even Basingstoke! To combat the mental and emotional strain that came with being a cancer patient, I did a Couch-2-5K training programme with the aim of being able to run 5K before going back into the hospital for my second surgery – which I achieved!

I had radioiodine treatment at the Beatson West of Scotland Cancer Centre in Glasgow. This is a rather unusual treatment, but it is highly successful in thyroid cancer patients. Radioiodine treatment is a targeted therapy: it hits the cancer cells specifically and healthy cells to a much lesser extent, with minimal side effects. This is the sort of treatment that cancer researchers are aiming towards for many types of cancer. Rather ironically, I learned about radioiodine during my MChem degree!

Rather than being fired with radiation, I swallowed a tablet of radioactive iodine and was shut in a lead-lined room for three days. Iodine is only used in the body by thyroid cells to make thyroxine. This specific function means the iodine would only be taken up by any remaining thyroid cells in my neck region. After three days of (almost) solitary confinement, a Geiger counter and CTI scan measured my radioactive iodine levels as undetectable and I was allowed to go home.

Nine months later, I had a follow-up treatment where I swallowed a much smaller dose of radioiodine just to detect if any thyroid cells had grown back and thus far, every scan I’ve had indicates that it hasn’t happened. I’ve now been in remission for 2 years and continue to have check-ups every so often. As I don’t have a thyroid anymore, I have to take thyroxine hormone tablets every day. My relatively mild ordeal of cancer gave me massive insight into how grim aspects of the experience can be. I am extremely thankful that I didn’t have to go through chemotherapy.

It breaks my heart that people still have to undergo such rigorous treatment and experience severe side effects. I find it so frustrating that we know so much more about cancer, and yet a lot of cancer cases still become untreatable when secondary cancers occur after treatment or if tumours are identified too late.

When I’m feeling unmotivated in my project (which happens; chemistry is very repeptitive!), reminders of people close to me (and also those I don’t know) who are living with this dreadful disease every day gives me the kick up the backside I need to get back in the lab and make those compounds, so that one day, there might be better medicines for other types of cancer.

I am acutely aware of how ironic it is that I couldn’t start my cancer-related PhD because I had the disease myself. But it certainly gave me more of a subjective understanding of living with the disease over the largely objective way it is taught at university.

It’s important as a researcher to balance being subjective/objective, to try to remove yourself from the emotional aspect that the disease inevitably brings because, otherwise, I’d spend all my time crying at my desk. I hope this post makes it very clear why I am doing my project.

Are you living with cancer? Do you have a close friend/family member dealing with it? Are you a researcher? What inspired you to choose your particular field? Let me know in the comments below.

Fiona Scott (@fi0n0) is a PhD researcher at Sussex Drug Discovery Centre. This story was published on November 13, 2018 on Fiona’s blog, ‘The Chemistry Of A Phd’ (available here) and has been republished here with her permission.

Why I decided to do cancer research 7 min read