Why I don't want to be paid for peer review 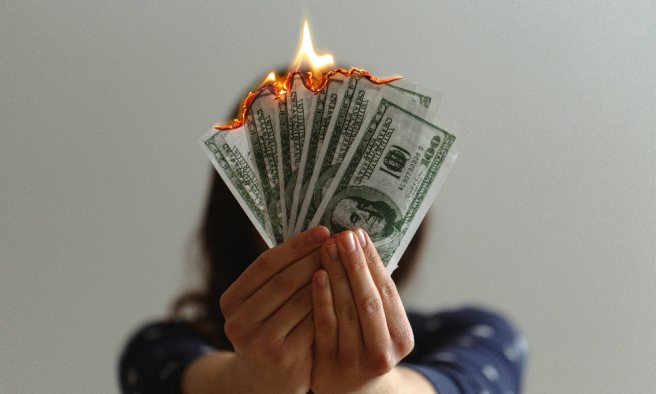 If you believe the hype, peer review is flawed and corrupt, a broken system threatening to undermine the very foundations of academia… particularly science. From fake reviews to biased ones, one of the main arguments for ditching the system is the myth that reviewers can no longer be trusted to give a fair assessment of another scientist’s paper.

But the problem is not with peer review per se, it’s with our expectations of the system.

Right now, many people think peer review means, “This paper is great and trustworthy!” In reality, it should mean something like, “A few scientists have looked at this paper and didn’t find anything wrong with it, but that doesn’t mean you should take it as gospel. Only time will tell.”

The academic review system as we know it today began around the 1960s. But the process of peer review has been around for centuries, formally and informally, from the Greek Agora to the first Royal Society meetings.

What happens if I don't want to pay a predatory journal?
I submitted a paper to a journal. Upon request, they…
152

We need peer review because science (and scholarship generally) is a community endeavour.

Sure, there are some cheaters, but most scientists behave ethically. In my short career, most of the reviews I’ve received have been genuinely helpful and I’ve published better papers because of them.

One solution being argued for in op-eds and on social media is to pay reviewers for the time spent reviewing. There are lots of reasons why this won’t work.

We have a long human history of complicating things once money gets involved… look at why people don’t understand ecosystem services. Placing a value on something, monetary or not, immediately changes how we interact with that system. Non-monetary incentives (e.g. journal subscriptions) might help some people, but probably won’t change a reviewer’s mind if they don’t have time to accept a review request. Look here for a thoughtful discussion of credit for peer review schemes. And, more to the point, how does paying a reviewer guarantee that he or she will do a better review?

Double-blind review is often argued as a way to combat unfairness inherent in the current system (where reviewers know the author’s name but not the other way around). But this will never work, because many authors often need to cite their previous work to build a case for the current study.

Open review (where both author and reviewer know each other’s names) is a better option, as it increases ethical responsibility on both sides. It also works better than incentives to increase the quality of the review.

"All I want for Christmas is..." A researcher's wishlist for Santa
What if there were an academic publication Santa who…
2k

I’ve reviewed for open-access journal PeerJ, where they offer me the option to sign my review, and also an incentive (a free publication) if I finish the review in 10 days. I have never ‘won’ the free publication, because a 10 day turnaround has never fit my schedule. But I always choose to sign the review… and yes, I spend more time on it!

It also won’t fix the issue of overburdened reviewers, an issue that is very hard to define. This fish biologist reviews 100 papers per year, but separate studies have shown that political scientists, meteorologists, and nurses review an average 5-8 papers per year. Is this a disciplinary thing, or is it because ‘famous’ or more experienced academics get more review requests than less-experienced academics? This study of 4 ecology journals, found that 20-52% of reviewers were doing fewer reviews/year than they should have be. But it doesn’t clarify whether these reviewers are declining review requests or just not being asked in the first place.

So if paying reviewers doesn’t fix any of the real problems with the system, and just creates more ethical problems, then it’s not really a solution. Also see here and here, why a couple of editors quit Scientific Reports over payment-for-review schemes.

I like peer review because it’s based on a mutual relationship. Sometimes there are glitches and broken links, and sometimes mutualisms turn into antagonisms. But is the whole concept of peer review flawed and unjust, just because some people don’t play nice?

There are very few mutual ‘give-and-take’ relationships where both parties experience both the give and the take in the same way. Bees and flowers are in a mutual relationship. But you don’t see flowers flying around looking for bees to feed on…

This two-way relationship is invaluable to my own research. Reviewing other people’s papers is one of the best motivations to improve my own writing and it also helps me keep abreast of how other researchers are approaching the same problems I’m working on. And I’m a pretty impatient person, so peer review is one of the best forms of instant gratification therapy!

If you’re new to peer review, here are some good resources:

Dr. Manu Saunders is a Research Fellow at the University of New England. This blog post was published on Dr. Saunders’ blog, Ecology is not a dirty word (available here), and has been republished here with her permission.