Why I feel it's important to share rejection stories in academia 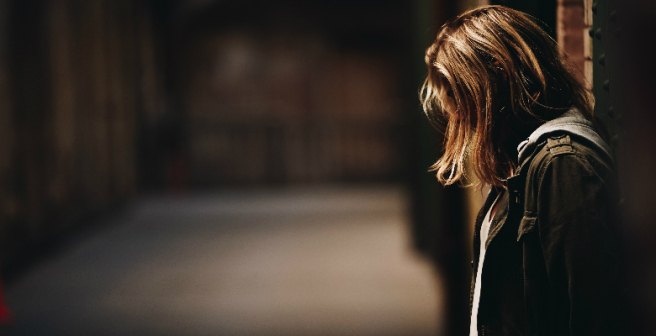 Rejection sucks. It can affect us like physical pain. But like we would the genesis of an old scar on the forehead, let’s keep sharing our tales of rejection.

Each year, around this time, some of my students greet me with sad faces. They’ve tried their best to get a training contract or a paralegal position, but they haven’t been successful.

In our weekly clinic meetings we often discuss what happened at vacation placements, interviews or assessment days and my students and I share tips for application forms and interview questions. But this doesn’t necessarily provide comfort. My students tell me that they still feel hurt from the rejection. And so, each year, around this time,  I tell my students a story. It goes something like this:

When I was a law student I applied to a significant number of law firms for a job. Leeds, Manchester, Newcastle, Chester, London, Birmingham, Liverpool: you name a city, I applied to work there. I did my homework. I researched the law firms thoroughly. I thought about the questions they might ask and the answers I might give. I knew about their charitable work, their top clients, potential areas for growth. And this was back in the day where you had to queue up in the library to get on a computer. A computer that would then take 5 minutes ‘dialing up.’ Despite many interviews – some good, some really terrible – I didn’t get any offers of employment. Slowly but surely, I pinned the rejection letters to the wall of my student digs. They covered the damp perfectly. I also made a note of the law firms’ feedback on my performance. I distinctly remember where I was standing the day I was told that one half of a particular law firm’s partners wanted me to have the job and the other half didn’t, but in the end they decided it was a no… and, by the way, appearance was quite important in the legal world – had I thought about going to the gym? Ahem.

Two years of rejection. Two years of rejection letters. I had very nearly given up. Clearly the legal life was not meant for me. And then, on the day of graduation, I landed a job. The greatest job. I was to be a teacher. A Graduate Tutor at a university, teaching business law to undergraduate students. Fixed term – for 24 months. And at the end of those 24 months, filled with confidence, life experience, and a newly formed wry, sometimes a bit daft, sense of humour that only teaching can bring, I applied for a training contract and got it. I trained to be a solicitor and many years later returned to teaching law at university.

In March, JK Rowling published the letters of rejection she received about her first Robert Galbraith novel, The Cuckoo’s Calling. The letters themselves have been somewhat sensationalised in the press (“JK Rowling told to go to writing classes!!”), but, actually, they’re full of useful tips for budding novelists. I liked that JK Rowling herself noted that she was sharing them “for inspiration,” rather than revenge. Because it’s an important story to tell: everyone gets rejected at some point. And, at some point, something else will come along.

By popular request, 2 of @RGalbrath's rejection letters! (For inspiration, not revenge, so I've removed signatures.) pic.twitter.com/vVoc0x6r8W

Neuroscientists have concluded that our experiences of social rejection and physical pain are similar. So, it hurts. For real. But like a broken heart, it can heal. And it can lead to new things – things you might not be able to imagine yet. Some might call it fate. Others, well, they might say it’s just the way the world works.

I’ve been on a bit of a roll publication wise recently. So when I received my first ever article rejection a couple of weeks ago, I waited to see how I would feel. And yes, I had the heartbreak. That feeling in the pit of your stomach where all the world seems out of kilter. A feeling that slowly rises to your head and gently pushes the backs of your eyes so they feel like they need to leak in order to achieve release. But after the initial reaction, I wondered if something else was around the corner waiting to leap out. It was. Rejection led to new conversations with people I admire and new connections as I looked for alternative places to submit the article.

I have placed the article elsewhere and I’m waiting to see if its been accepted. But it might not be. And that’s okay. It’s another tale to tell. As JK Rowling has shown, inspirational stories don’t need to focus solely on amazing successes. They should also disclose when things didn’t go as expected. And when it was a bit of a trek up a seemingly never-ending mountain. Rejection isn’t personal. It doesn’t cause us irreparable harm. It can make us more resilient, better at dealing with uncertainty, and more empathetic to others in the same position.

Good old rejection, not so bad after all.

[Update – 8/4/16: This morning I received word that my article would be accepted, subject to significant revisions. The anonymous reviewers’ comments were amazing – detailed, challenging and consistently supportive. I am thankful to have had the opportunity to place my writing in front of so many people and to have received critical feedback – from two journal editors, from colleagues, from a number of peers. Next step? Get those revisions done!!]

Elaine Gregersen (@alawuntoherself ) is an Associate Professor in Law at Northumbria University. This story was published on April 3, 2016, on Elaine's blog, A Law Unto Herself (available here) and has been republished here with her permission.

While writing about your academic life, I say go with your gut 5 min read