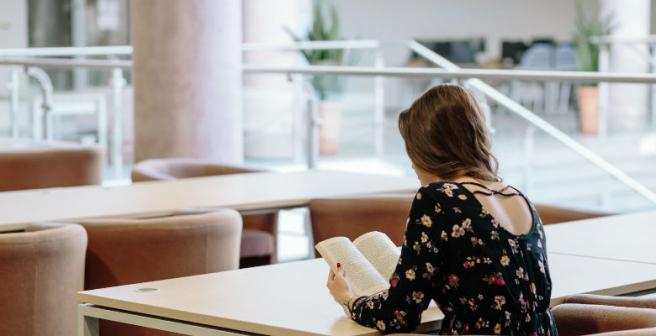 There’s one thing that has been ingrained in my mind since the first day of my research journey―being a scientist or researcher is no easy task. You’ve got to be tough. You’ve got to be motivated to be able to face the challenges that will come your way without fear.

I find that a great way to stay motivated is to find people whose work you find inspirational and use them as a benchmark for yourself. Personally, I admire a few scientists and I like to think of them as my superheroes. Incidentally, the researchers who inspire me to do better are all women! And here, I’d like to talk about some of these women scientists who have been doing phenomenal work despite adverse conditions. But before we look at these scientists, I’d like to give you a rough understanding of the current research landscape in India.

For starters, gender bias in science is not new. Science, like most other professional streams, has had its fair burden of gender bias. While the bias was more blatant in the early years of science when women were not allowed to pursue higher studies, it has adopted a subtler expression over the years with unequal opportunities at higher academic levels. However, I feel that the challenges faced by Indian women have been quite different from their western counterparts. While women in the West have struggled for equal wages and better job profiles, Indian women, in my experience, have struggled to pursue higher education or rather education at any level.

Moreover, the numbers don’t lie. In India, although 37% of PhDs in science are women, less than 15% actually hold faculty positions. Since its inception in 1958, only 16 women have been awarded the Shanti Swaroopa Bhatnagar Award. This is the most prestigious award recognizing outstanding research contribution by scientists under the age of 45 years. Interestingly, the trend does not appear until graduate and post-graduate levels, where 51% of early career fellows are women. These fellowships cater to fresh graduates suggesting that women do continue beyond their PhDs. However, their representation drops drastically at intermediate and senior fellowship levels where only 22% of women get funded to establish independent research careers.

Is there a gender bias among academic scientists?
I have completed my PhD in Physical Chemistry from the…
21.8k

I find these numbers and this wide gap to be highly alarming! Plus, having graduated in the biological sciences in India, I have personally witnessed this gap. While my department had an almost equal percentage of male and female graduate students; women scientists formed only <20% of the faculty! This trend was only slightly better in Germany, where I completed a part of my PhD.

This got me thinking: What causes leaks in the pipeline from the pursuit of science degrees to scientific careers? I figured that the obvious reasons could include the overlap between years of research and their reproductive age as well as societal pressures on Indian women to adopt more comfortable careers.

In addition, it’s possible that Indian women in science are expected to establish an independent scientific career as well as start a family around the same time period in their lives. And in many cases, societal pressures might drive these women to prioritize the latter. The fast pace of science implies that even a few months' break can outdate one’s research. As a result, I believe that a lot of Indian women trying to pursuing careers in research and science struggle to strike a balance between their personal and professional roles.

In light of this, I’m ever grateful to the women scientists who decided that a couple of changes were in order! In fact, my personal observation is that none of these challenges are deterring the growing list of Indian women scientists who have stepped up despite the odds.

Today, eminent Indian women scientists have earned international renown. For instance, the book project titled “Lilavati’s daughters: The women scientists of India” initiated by the Women in Science (WiS) panel of the Indian Academy of Science, chronicles the lives and struggles of 100 such dignitaries. And I’m so glad that the women scientists whose work I admire are part of this list!

I’d like to first talk about Anandibai Joshi, the first Indian woman to complete her medical degree in the West in the late 1800s. Anandibai, who could not even read until the age of 9, rose to an achievement unthinkable by women of her era. She battled male dominance, racism, and unfair societal norms to exemplify that nothing is impossible.

Another women scientist I have to mention is Sudha Bhattacharya. For this molecular biologist, the struggle started at home. Despite her mother realizing the importance of education, her dream of pursuing a doctoral degree faced massive resistance. At a time when she was not allowed to move out of her hometown, she went on to pursue higher education in the United States. She beautifully relays her take on scientific research thus: “If fame and wealth are what you expect from a career in science, you are asking for too little. For when science is practiced in its pristine form, it has the power to elevate you to a finer level of existence- one where Truth is absolute and the narrow limits of human perception are duly acknowledged.”

Yet another Indian woman scientist, without whom I feel this discussion would be rather incomplete, is Shubha Tole. She is a contemporary neuroscientist at the Tata Institute of Fundamental Research. Being a competitive scientist herself, she is obsessed with encouraging young women to pursue scientific careers. In one of her interviews, talking about women empowerment, she says, “Do not limit yourself and pre-compromise on your dreams just because you think you may not get to realize them. This pre-compromising happens at a very tender age of 10 or 12. That is the biggest limitation. It is not about where you go, or the brand name of the school. It is all about your internal sense of self-worth and whether you believe in standing up for yourself."

I feel that all of these stories have two things in common–struggle and support. All of these women faced obstacles, which they overcame with the help of a close loved one, usually a father or a partner. This support was all the incentive these brilliant scientists needed to catapult themselves into the universe of science. Little did they know that with each challenge they overcame, they paved the way not just for themselves, but for many young, inspired women.

My own research journey has followed a similar path. I drew my inspiration to pursue science from my father, and I owe my ambition and perseverance to my mother; both of whom are medical doctors. My father’s passion for science was matched by my mother’s ambition to succeed. Having married just after a basic medical degree, my mother went on to obtain two postgraduate degrees after having 2 children.

During my PhD, I was mentored by a highly competitive researcher Prof. Ina Vorberg who was the only woman among seven other male professors in my department. She emphasized that a strong scientific base was a researcher’s most powerful ally, which could never be deterred by any gender bias. She had managed to carve out a unique space for herself in a male-dominated scientific field, while also striking an almost perfect work-life balance. She has truly been a great influence in shaping my career.

While we brood over the stark gender bias in science, we must appreciate the long way that we have come. From a period when Prof. C.V. Raman openly refused college admission to female students based on gender, we now have women science panels and equal opportunities for women to graduate. All the talk about gender bias means that we have moved from ignoring the issue to recognizing it and taking action.

Today, India hosts programs to foster women scientists like the Women Scientists Schemes, Indo-US Fellowship for women in STEM by the Department of Science and Technology and the Department of Biotechnology. Although initiatives have been launched, we need sensitization and customization of these programs. Schemes allowing maternity leaves, children allowances and programs facilitating re-entry of women after a gap in their career are the need of the hour. Finally, each of us has an equal moral duty, not only to inspire young girls but to educate young boys about the importance of women in science.

What are your views on women in academia? 3 min read

Changing career paths may stretch you out of 'your comfort zone' but that's where the magic happens! 7 min read