New data reveals COVID-19 has been harder on female academics 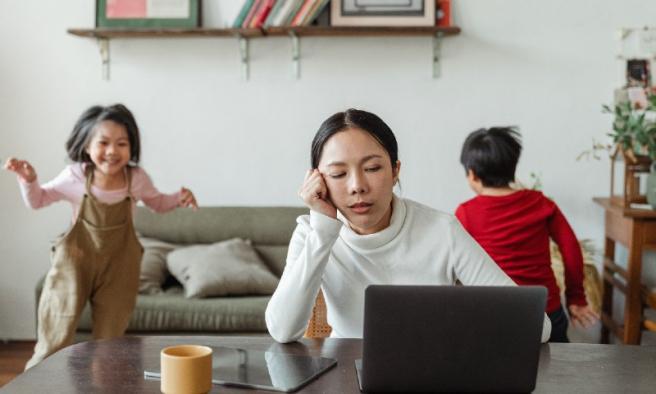 The gender disparity in science and research has been a point of discussion for many year. Studies show that women publish less, get fewer grants, have lesser citations, earn lower salaries and have a reduced chance of being granted tenure or be promoted when compared to men. Now, new data has emerged that reveals these inequalities are deepening with female researchers, especially those with children, struggling to stay productive amid the COVID-19 pandemic.

This gender bias was evident in the first few months of the pandemic, where there was a drop in the percentage of female authors on preprints, submissions and publications in some fields. Last month, a National Bureau of Economic Research paper showed that rising household and childcare duties had eaten away into the time spent on research, with academic mothers seeing a 33% larger decrease in research hours than fathers. The study, based on a survey of about 20,000 doctoral students, showed that having children impacted the overall research productivity for both genders, but the effects are doubled for women in research. This growing gap in available research time was exacerbated when the youngest child was under the age of 7. The yawning gender gap is clear when you note that academic mothers lose as much as an hour of research time every day when compared to childless men.

The need to balance academic responsibilities with childcare and domestic tasks has left researchers with little time to take advantage of the COVID-19 research funding offered by global agencies. Many are unable to quickly pivot and complete the requirements needed to secure funding, which highlighted the need for policy changes to expand the application pool and include researchers who may be better equipped to pursue new research. This was proven by the Canadian Institutes of Health Research (CIHR), a funding agency who quickly recognized and corrected their restrictive policies to generate great results, which was showcased in a study published in the Proceedings of the National Academy of Sciences (PNAS).

Can you provide some related literature for my topic around academic stress among pharmacy students during COVID-19?
My topic is ‘Academic Stress and Coping Mechanisms…
405

In an attempt to study the spreading pandemic, CIHR announced rapid response funding for COVID-19 research in February 2020, giving scientists just 8 days to submit their grant proposals. Even though this was before the lockdown, the agency received only 227 applications, of which only 29% were led by female researchers, which is seven percentage points lower than those in earlier rounds of funding. Although 44% of these proposals received funding, the low number of applications were troubling. So, for the next round of COVID-19 funding, two months later, CIHR extended the submission deadline to 19 days and cut down on the paperwork needed to apply. This policy shift had an immediate impact with a more than 80% increase in applications from 227 in the first round to 1,488 in round two. Moreover, even though the success rate of round two was just 9%, the proportion of applications from women jumped to 39%, and the number of successful applications led by women doubled from 22% to 45%.

The competing time demands of family and work, along with the emotional burdens arising from the pandemic pose different challenges for researchers. While we’re seeing a marked impact on academic productivity among female scientists and researchers with young children, funding policy interventions such as the ones by CIHR will be crucial to level the playing field and give researchers around the world a chance to deliver quality research.

When to use "woman" and "female" in scientific writing?

What will make it easy for women to pursue their academic goals? 5 Notable women in academia share their thoughts 6 min read