Editage’s translation services guarantee you accurately translated documents with flawless quality. Think of Editage when you

With subject-matter expertise, 100% Quality Guarantee, free Q&A with your translator, deadline guarantee, 24x7 availability, and a range of service levels and fees, Editage would be the perfect service for all your academic translation needs. 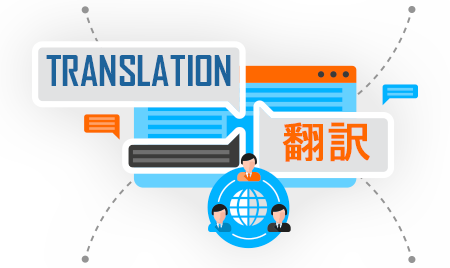 Subject-matter expertise in your field of research

Our professional experts can convert your Japanese paper—with all its subject-specific terms and phrases—into publication-ready English, while staying true to your original meaning. In case you are not fully satisfied, we will retranslate your paper for free or return your fee—no questions asked.

Translation services even for non-academic documents

Although we specialize in academic translation, we cater to all kinds of Japanese-language documents, including non-academic content such as user manuals, financial reports, and fiction and non-fiction books.

Reverse translation from English to Japanese

Services are available in multiple levels to address a variety of customer needs. For example, if you have a file that you want translated only for personal reference and not for publication, we have a service level that will give you the quality you need at just the right fee.


Inquire about the best Japanese to English translators for your document now! Choose a translation service level that is just right for your needs.

Our stringent quality-centric processes ensure that you can submit your manuscript to an English-language journal with confidence.

A professional translator with experience in your subject converts your manuscript into English, focusing on technical terminology and subject-area conventions.

A bilingual expert checks the accuracy of the translation and ensures that your original meaning is conveyed.

A senior reviewer conducts a final check to ensure that all your requirements have been met before sending you the final, publication-ready files.

Click on each of the stages below to view a sample of how our translation and editing process helps us deliver publication-quality manuscripts.
Original manuscript

Meet our translators: Japanese to English

Our translators have a combination of relevant linguistic qualifications, experience, and academic degrees in various fields. They combine their knowledge and experience to give you a perfectly translated document.

Education: PhD in Ethnicity and Nationalism, University of London, UK

We provide free, value-added benefits to help you make the most of our expertise. Our expert translators and editors will work with you even after we have sent you the translated manuscript. Check out the free benefits we provide and our post-translation support services.

Understanding and implementing journal guidelines can be a time- and effort-intensive process. Our experts will format the translated manuscript according to the guidelines of your target journal.

Here are some of the aspects that our experts will check:

Often, authors would like to communicate with the translator who has worked on their manuscript. Our Q&A service enables you to seek clarifications from your translator at any point after you have received the translated file, at no additional cost.

Here are some common questions our translators receive:

We guarantee that all manuscripts translated and edited by our experts will meet the standards required by the international publishing industry. If you find that the quality we have delivered does not meet your expectations, we will re-work the entire manuscript at no cost and ensure that all the service requirements are met.


Note: The free re-translation service is applicable to cases of obvious errors or issues in our work, provided you have not made major revisions to the manuscript.

We issue an editing certificate confirming that your manuscript


Submitting our editing certificate as part of your submission package to your target journal can help you increase your chances of acceptance for publication. The certificate can provide the journal reviewers with added assurance that your manuscript has been prepared with diligence.

Have you revised your manuscript after we translated and edited it? Would you like our experts to re-edit it for you? Opt for re-editing support at a 60% discount. Our discounted re-editing support is available for authors who would like us to check their changes to a manuscript that has been worked on by us.

Our re-editing support service will benefit you if

We also offer translation services for these language pairs and more.

We translate documents in other languages too, but have avoided putting up a long list here. We also offer reverse translation, i.e., translation from English into other languages. Request a quote for your manuscript written in any language.


What’s next after translation?

You can get complete research publication support at each step of the publication process. Learn more.