North Atlantic wind farms could provide energy for all civilization 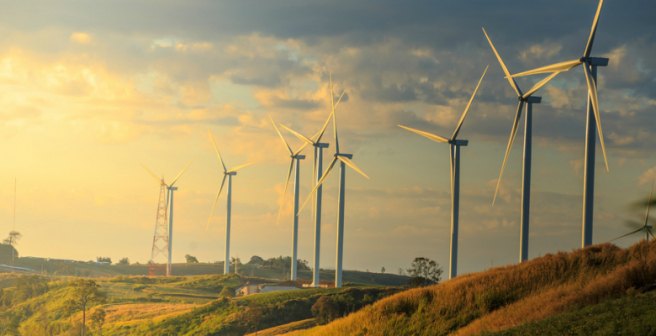 Generating renewable energy is the need of the hour and newer sustainable means of generating energy are constantly being researched. Several studies have established that wind speeds are higher over the ocean than over land. And because of this, it was thought that wind turbines in the ocean could generate much more energy than wind turbines on land. But research up until now was unable to tell us whether the ocean winds could actually be converted to electricity.

New research by Dr Anna Possner and Dr Ken Caldeira from Carnegie Institution for Science at Stanford University, California has shown that sufficient energy to meet all of civilization's current needs could be found in the North Atlantic wind farms. The energy captured by wind farms typically originates high up in the atmosphere and is transported down to the surface where the turbines extract this energy. Studies in the past have concluded that the rate of energy extraction is limited by the rate at which the energy is moved down. But when Possner and Caldeira compared the productivity of wind farms to theoretical open-ocean wind farms, it was concluded that ocean-based wind farms could generate at least three times more power than the ones on land. Possner explained, "We found that giant ocean-based wind farms are able to tap into the energy of the winds throughout much of the atmosphere, whereas wind farms onshore remain constrained by the near-surface wind resources."

Although wind power production in the open ocean is still being developed, the huge wind power resources identified in the study will help develop lower-cost technologies that can operate in the ocean and transmit this electricity to land.

Artificial photosynthesis gets a boost from new catalyst 2 min read