10 Developments in academia that made headlines in 2019 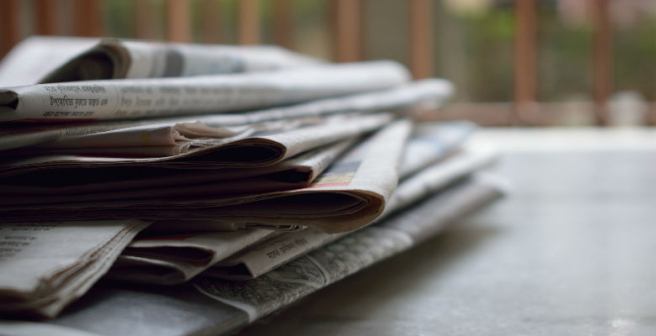 We are almost at the end of the year 2019. What an eventful year it has been! We have covered the developments and goings-on in the scholarly communication and academic publishing world in our Industry News section from time to time. Can you think of  any developments, events, or news that caught your attention? In this post, we will be compiling a list of some of the most trending news pieces that sparked discussions and made waves. So read on!

The U.K. is among the leading geographies in terms of research output and innovation. However, since the announcement of Brexit three years ago, academics in the U.K. have been worried about the impact of this move on international collaborations and research funding. Recently, a visionary report commissioned by Chris Skidmore – the Minister of State for Universities, Science, Research and Innovation – outlined the concerns around funding, research opportunities, and stability, and made recommendations on how the nation should ensure scientific advancement.

The Nobel Prize is one of the most anticipated science prizes. This year, the physics prize was awarded to cosmology and exoplanet researchers James Peebles, Michel Mayor, and Didier Queloz as they helped improve “our understanding of evolution of universe and Earth’s place in the cosmos.” For their work on developing lithium-ion batteries, the chemistry prize was awarded to John B Goodenough, M Stanley Whittingham, and Akira Yoshino. Three researchers William Kaelin, Sir Peter Ratcliffe and Gregg Semenza were declared the winners of the medicine prize for discovering how cells in the body sense and adapt to the availability of oxygen.

Nearly 55,000 academics review for Elsevier’s various journals, and out of them the publisher found that close to 500 have consistently had their studies cited in papers they have reviewed. A study on citation patterns by Elsevier's analytics revealed that 1% of the reviewers were consistently referenced in the papers they reviewed. Therefore, the publisher launched an investigation for any evidence of coercive citation and indicated that those found guilty of this unethical practice will be delisted from their board.

The rising cost of accessing paywalled literature has led several academic institutions to strike deals with publishers. Project DEAL, a consortium of about 700 universities, research institutes, and libraries in Germany, was set up to engineer nationwide publish-and-read deals with scholarly publishing journals. After prolonged negotiations, it signed a read-and-publish agreement with Springer Nature. The deal will allow German researchers to publish open access in Springer’s hybrid as well as fully open access journals. Since it is expected to cover about 13,500 articles per year, it has been called “the world’s largest transformative open access agreement.”

Chinese researcher Jiankui He announced the birth of the world’s first genetically edited babies using the CRISPR-Cas9 genome editing tool in November 2018. This led to an outcry from the Chinese as well as international researchers. Following this, the legislators in China decided to implement include a new clause in the “personality rights” section of the civil code. According to the clause, researchers conducting studies related to human genes or embryos would need to follow relevant rules and conduct research ethically. Many researchers expressed that this is the first time that definitive steps have been taken to regulate genome studies in China.

On March 29, a U.S. District Court ordered India-based publishing group OMICS International to pay a fine of over $50 million for using deceptive practices. The U.S. consumer protection agency Federal Trade Commission (FTC) had accused the publisher of failing to maintain transparency regarding their publication fees, peer review process, and details about the editorial board. As per FTC, the publisher had also provided fake data regarding the journal’s impact factor. The publisher failed to participate in the court proceedings, and so the court ruled in favor of FTC as the publisher had been accused of similar unethical publishing practices in the past as well.

Duke University was accused of submitting falsified data to acquire grants worth $200 million from federal agencies like the National Institutes of Health (NIH) and the Environment Protection Agency (EPA). A former employee and whistleblower Joseph Thomas filed the lawsuit in 2016 against the university under the False Claims Act and the court ruled that he will receive $33,750,000 as settlement amount. Acknowledging the loopholes in the system, the university expressed its intention to take measures on improving scientific integrity in the future.

U.S. mathematician Karen Keskulla Uhlenbeck, a professor emerita at the University of Texas, was awarded the 2019 Abel Prize, which is considered one of the most prestigious prizes in the field of mathematics. Uhlenbeck was recognized for her contribution to geometry, mathematical physics, and topology. She is one of the few female researchers in her field and has founded the Women and Mathematics programme at the Institute for Advanced Study in Princeton to encourage and empower female mathematicians.

10. The deadline to implement Plan S delayed by a year

Plan S, an initiative by research funder consortium cOAlition S to facilitate immediate and open access to scientific research, has received the attention of researchers globally. It aimed to make all federal funded research open access from January 2020. However, after Plan S was rolled out in September 2018, it received mixed reactions from the scientific community. The consortium, thus, collected feedback on the plan and its implementation from various stakeholders, and decided to push the deadline to implement the initiative by a year.

If you want to add to this list any other event that stood out, please feel free to use the comments section. Please follow the Industry News section to receive all the latest updates.