2014 Nobel Prize in Chemistry awarded for innovation in fluorescence microscopy 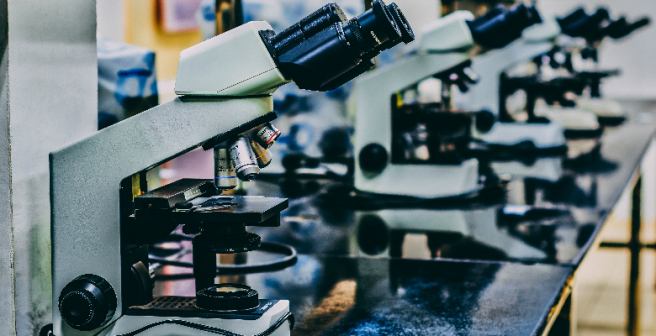 This year's Nobel Prize in Chemistry has been awarded to three researchers “for the development of super-resolved fluorescence microscopy.” Eric Betzig of the Howard Hughes Medical Institute’s Janelia Farm Research Campus in Ashburn, Virginia; Stefan Hell of the Max Planck Institute for Biophysical Chemistry and the German Cancer Research Center; and William Moerner of Stanford University’s will share this year’s prize equally for bringing “optical microscopy into the nanodimension,” thus helping scientists to “study living cells in the tiniest molecular detail,” the Nobel Foundation said in its press release announcing the award.

Betzig, Hell, and Moerner pushed the limits of light microscopes and enabled the imaging of molecular-scale structures in living cells using fluorescent molecules. Betzig and Moerner, working separately, found a way of controlling florescent molecules within a cell whose could be switched on and off, so that when the same area is imaged, the superimposed images reveal a nanolevel resolution. Hell, on the other hand developed a technique in 2000 called stimulated emission depletion (STED) microscopy, in which he used laser beams to scan every nanometer of fluorescently glowing molecules to produce a high-resolution image.

The contribution of their findings is immense in that researchers can observe how proteins are distributed within the cells and how they move inside cells. As the Nobel committee states, "Microscopy has become nanoscopy." Betzig, Hell, and Moerner’s innovations have opened up a huge research field of super-resolution fluorescence nanoscopy for cell biologists to study molecular interactions with a light microscope, and can further contribute enormously to the fields of neurobiology, cell biology, and structural biology.

Check out the other Nobel Prize winners:

2014 Nobel Prize in Physics awarded for invention of blue LEDs