8 Pros and cons of using the Oxford comma
Quick tips on using commas, brackets, and dashes in a…
Common errors in the usage of abbreviations in scientific…
5 Common errors in representing numbers and units of…
The complete guide to writing a brilliant research paper

Infographic: 6 Unnecessary comma errors to avoid in your research paper 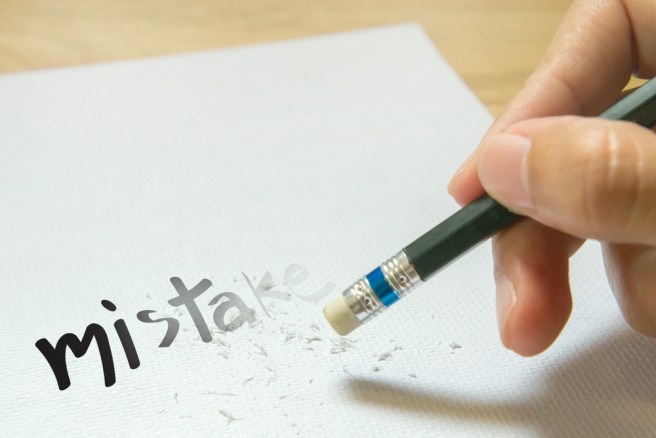 This infographic was originally published on GrammarCheck and has been republished here with permission.

The comma (,) is one of the most useful forms of punctuation in the English language as it effectively separates various elements within a sentence as per the writer’s need. Functioning as a break between the ideas in a sentence, commas make a piece of writing easier to read and help to accurately convey the meaning of a sentence - if they are appropriately used.

Several rules govern the usage of a comma. For instance, commas are used to separate three or more words, phrases or clauses presented serially or as a list (e.g., I ate eggs, bacon, and toast). They are also used mid-sentence to present additional information that is not essential to the meaning of a sentence, without unduly disrupting the flow of the sentence (e.g., I was talking to Mrs Norris, our next-door neighbor, when the first shots were fired).

While some of these rules are relatively clear and easier to apply, others could be difficult to understand. For instance, writers are expected to use commas “wherever necessary to prevent possible confusion or misreading” (Purdue OWL: Extended Rules for Using Commas). Such instructions could be confusing and could lead to the inevitable misuse of commas such as adding unncessary commas or the incorrect placement of commas within a sentence.

Unfortunately, researchers too, are susceptible to committing errors while using commas in their research papers. The key to avoiding such errors and submitting a manuscript with zero punctuation errors is to be aware of them.

Here’s a great infographic that lists the top six comma errors writers are likely to make while preparing their manuscripts. Scroll to the end for more examples of correct comma usage in academic writing!

I’m sure that you have understood each of the potential comma mistakes explained in this infographic. Let us now use a few research-related examples to show you how you can avoid these six comma mistakes:

Incorrect: The results of six independent experiments did not differ significantly, this indicates that the experimental procedure was reliable.

Correct: The results of six independent experiments did not differ significantly. This indicates that the experimental procedure was reliable.

2. The interrupter rule/parenthetical comma – Any clause, phrase, or word that appears mid-sentence and is not essential to the meaning of the sentence must be set off between a pair of commas (This is similar to using parentheses to set off additional information within a sentence like the one below). Remember to use one comma before the clause/word to mark the beginning of the pause and one at the end to indicate the end of the pause.

Example: Nitrogen, an essential component of proteins, is important to plant nutrition.

Here, the phrase ‘an essential component of proteins’ is additional information that modifies the noun ‘nitrogen.’ The sentence would retain its meaning without sounding incomplete even if this phrase were to be omitted. Therefore, it has been set off with a pair of commas.

3. Serial comma – Also known as the Oxford comma, the serial comma is optionally used before the word ‘and’ at the end of a list or a series of words or phrases. It helps to clearly convey the meaning of a sentence when the items in the list are not single words.

Example: Mice that were fed the modified diet lived longer, weighed less, and had smaller litters than the mice in the control group.

Example: The two regulatory molecules had a significant positive effect on protein expression.

Example: In this study, we compared the effectiveness of two plant extracts as antifungal agents.

6. Dependent clause at the beginning of a sentence – If a sentence begins with a dependent clause then this clause must be followed by a comma. A dependent clause is one that cannot stand by itself and does not make any sense unless it is supported by an independent main clause. In the two examples given below, both the dependent clauses – ‘If the establishment and growth of legumes are promoted by fire’ and ‘After incubation for two days at 40°C’ – do not make sense by themselves and have been separated from the main clause using a comma.

Example 1: If the establishment and growth of legumes are promoted by fire, legumes may be able to promote the recovery of the N pool.
Example 2: After incubation for two days at 40°C, samples were subjected to further analysis.

So there you have it! The top six comma mistakes you are likely to make while preparing your manuscript. Were you aware of them? Did you find these tips and examples useful? What else do you struggle with when using commas? I’d love to hear from you!

INFOGRAPHIC: The secret to using tenses in scientific writing

INFOGRAPHIC: 8 Pros and cons of using the Oxford comma

6 Unnecessary comma errors to avoid in your research paper

8 Pros and cons of using the Oxford comma

What we know so far about the epidemiology of COVID-19