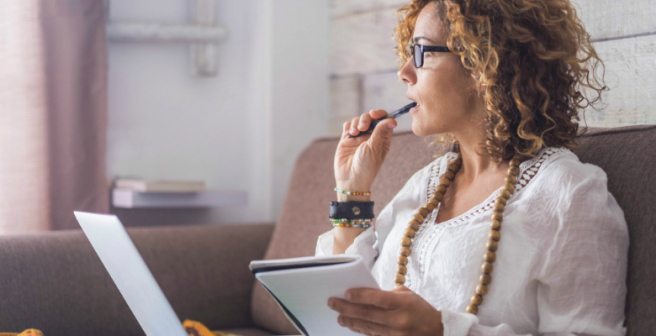 The pace of scientific progress is quickening with researchers publishing important discoveries every day. However, the science community has been highlighting the fact that modern science is afflicted with several problems that threaten to ruin its very fabric. To understand what the larger scientific community perceives to be problems, Vox – an American news website that publishes discussions on world affairs, science, politics, etc. – conducted a survey involving 270 researchers. The respondents included graduate students, senior professors, Fields Medalists, and laboratory heads from all over the globe. All the respondents unanimously opined that the current scientific process is “riddled with conflict” and that they are forced to “prioritize self-preservation over pursuing the best questions and uncovering meaningful truths.” Through the responses of these research professionals, it emerged that there were seven problems that science was facing:

Researchers face perpetual struggle to secure and sustain funding. While the scientific workforce is increasing, the funding in most countries has been on a decline over the past decade. The situation is particularly perilous for early career researchers who find it hard to compete for funds with senior researchers. This extreme competition is also impacting the way science is conducted. The respondents of the Vox survey pointed out that since most grants are allotted only for a couple of years, researchers tend to opt for short-term projects, which can sometimes be insufficient to study complex research questions. This means researchers make choices based on what would keep the funding bodies and their institutions happy. However, the consequences of these choices are an increasing number of published papers with sub-standard quality and low research impact.

Poorly designed studies have become a major concern for academia. One of the primary reasons behind this problem is that statistical flaws in published research often go undetected. Since breakthrough results are valued the most, researchers feel compelled to hype their results in order to get published. Moreover, they tend to focus on particular patterns in data and manipulate their study designs to make the results more attractive for the journals. Instances of “p-hacking” in which researchers report only those hypotheses that end in statistically significant results are also on a rise. In particular, biomedical studies have come under the spotlight for misusing p-values. Thus, a huge chunk of published results are scientifically insignificant, which also means a routine waste of money and resources.

The inability to reproduce and replicate results is a major problem plaguing research. Recently, Nature published the results of a survey that attempted to understand researchers’ views on reproducibility and reported that a majority of participants believed the “crisis of reproducibility” is real. Inherent problems in studies also hinder replication, such as inadequate data and complicated study design. However, major stakeholders of science are in general skeptical about pursuing replication studies. Most journals prefer publishing original and groundbreaking results because replication studies lack novelty. Researchers and funding bodies are reluctant to invest their resources in replication studies on similar grounds. This is a major loss to academia since results of most experiments are never validated and tested.

Although peer review is often considered the backbone of scientific publishing, it is not without problems. Peer reviewers help in weeding out bad research and ensuring that a manuscript does not have any obvious flaws. However, because it is not an incentivized task, reviewers have been known to delay their work or provide unhelpful reviews. Moreover, authors regularly report facing reviewer bullying wherein reviewers force authors to conduct additional experiments, cite certain papers, make unnecessary changes, and so on. Most journals opt for single-blind peer review, which leaves room for biases and professional jealousy to creep in. Apart from this, the excessive dependence on the peer review system has led authors, editors, and third-party services to take advantage of it leading to peer review scams. As a result, the peer review system in its present form is questioned by many academics.

How COVID-19 has affected researchers in Japan and Korea: Findings from an Editage survey
This article features infographics showing the results…
4k
Get trained by expert peer reviewers to become an effective peer reviewer with this course: How to become a great peer reviewer! (Basic and Advanced training)

5. The problem of research accessibility

Academia is gradually moving towards open science and open access by signing open data mandates and making data sharing mandatory. However, there are many big publishers that operate their journals on subscription-based models. Paying for paywalled research is becoming difficult for researchers as well as institutions, particularly in the developing countries, due to the ever-increasing subscription fees. Many of the Vox survey respondents were critical of this as it affects the way scientific research is disseminated. Moreover, subscription-based publishing model is probably the single most important factor responsible for the foundation of Sci-Hub, a website that provides unauthorized access to almost all paywalled research papers. The only way of avoiding such consequences is developing methods to make access to research easier for the science community.

It is a well-known fact that a wide communication gap exists between the scientific and the non-scientific community. This has resulted in miscommunication of science, divided opinions about scientific matters, and lack of informed decision-making among the public. Researchers are partly responsible for this because they lack time or sometimes the inclination to engage with the public about their research work. Therefore, the public is largely dependent on the media, which is often blamed for misconstruing scientific facts. The competitive nature of academic research is also responsible for poor communication of research. In an attempt to grab attention, sometimes researchers, universities, and even journals mislead the public by hyping the results or promoting only positive results. However, the science community should take the responsibility of projecting an accurate picture of science to the public since so that they can become cognizant of scientific issues and have a say in the way their tax money is invested in research.

An overview of CrossRef and its products
In this interview snippet, Rachael Lammey, Product…
11.8k

Unarguably, the life of a postdoctoral researcher is grueling. Although it is the postdocs who drive academic research in many labs and are the future of academic research, they face challenges due to fierce competition, low income, and low job security. While the number of postdoctoral researchers is increasing, the number of permanent positions in academia is not increasing at a similar rate. Moreover, PhD programs fail to train postdocs to find a non-academic job, which leaves them struggling to find a route to advance their career. For scientific research to make strides, these young researchers should be absorbed in mainstream science.

The Vox survey outlines some of the biggest concerns academia is grappling with at present. Apart from these, academics are also not unknown to other rampant problems such as gender inequality, research/academic misconduct, and excessive dependence on impact factor. Despite these problems, there is still hope for science. The science community is attempting to avoid the stagnation of scientific progress by taking steps toward bringing more transparency, spreading awareness about the importance of ethics, and making science more inclusive rather than exclusive. However, there are no quick fixes when it comes to science; thus, while bringing these changes will take time, each step would mean a leap toward scientific progression.