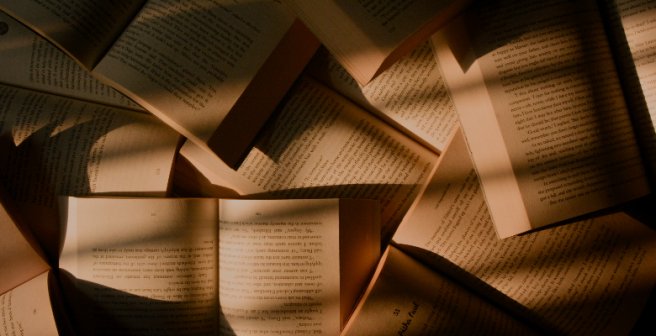 June just whizzed by and it’s the end of the month - time for us to share with you some of the most interesting tidbits related to scholarly publishing. In June, most of the discussion in scholarly circles revolved around misconduct, corruption and credibility in science, the future of science communication, and of course, Brexit. Here’s what our editors have on the platter for you to dig right in!

1. Has scientific evolution hit the wall? Based on a paper published by Paul Smaldino and Richard McElreath - The Natural Selection of Bad Science - Adam Marcus and Ivan Oransky discuss the question in their article. Highlighting the many challenges science and research is currently facing, they talk about how "poor methodology and misguided objectives that have changed only for the worse over the past 60 years" need to evolve for science to ease itself out of the bad patterns it has fallen into.

2. Imbalance in ethnicity of subjects in clinical trials: One of the most surprising, and perhaps worrying, observations about clinical trials is that they lack diversity with regard to the race of their subjects. In an interesting article, Natalie Jacewicz talks about how subjects of a majority of clinical trials are of white ethnicity, thus making it difficult to determine whether their results would be applicable to people of other ethnicities. A case in point is a study published in Immunogenetics, which reported that "only 5 percent of the genetic traits linked to asthma in European Americans applied to African Americans." Some researchers feel that people of color are often hesitant to participate in clinical trials because they harbor suspicion towards medical research. Some others argue that some studies "just aren’t making enough of an effort to be inclusive" and that people of color are willing to participate in medical research. In either case, the fact remains that it may be difficult to apply globally the results of a clinical trial that may not have included a diverse group of subjects.

3. Trusting the credibility of science over credentials of scientists: This transcript of a speech delivered by Atul Gawande, an eminent scientist at California Institute of Technology, makes a powerful argument in favor of the credibility of science. Dr. Gawande explains that science is "a commitment to a systematic way of thinking, an allegiance to a way of building knowledge and explaining the universe through testing and factual observation." It is essential for all of us to have a scientific understanding of the world around us. This does not mean we have to pore through every piece of scientific evidence ever published. It means that we should learn to question the science that we come across and learn to identify bad science by asking the right questions. Dr. Gawande urges us to focus on the value of scientific findings rather than on the credentials of the scientists themselves.

Where can I find reading material on the topic of my research?
I'm writing a research paper on continuing…
592

4. University in Kazakhstan takes drastic steps to curb corruption: Corruption in academia is a major problem in several countries. It is also a very difficult problem to uproot. This post documents how Narxoz University in Almaty, a city in the far east of Kazakhstan, successfully managed to address issues plaguing the institution, such as cheating, plagiarism, corruption, and staid teaching. For this purpose, Krzysztof Rybiński, a Polish economist leading a private university in Warsaw, was appointed as rector for the Kazhakh university. Some of the drastic measures undertaken by Rybiński led to the firing of hundreds of academics. Eventually it raises the question of whether we need such a harsh crackdown to help uproot issues like unethical publication and research misconduct, which have been plaguing academia for several years now.

5. Qatar is an attractive destination for researchers: Qatar is becoming a top research destination with many more researchers moving to Qatar (18 percent) than out of the country (7 percent), resulting in a net researcher inflow of 11 percent. In this article, three academics explain what makes the country and its research scene so attractive. The country is building its research system from the ground level, investing around $100 million annually to support new institutions and faculties. Funding is easily available, and funders are not under pressure to show that their sponsorship is going into groundbreaking research that is beneficial for the economy. Therefore, researchers have the freedom to pursue research in topics of their choice, rather than chasing "hot topics." The attractive salary, benefits for the family, a good environment, and central location are added incentives for researchers to move into the country.

6. Integrity program for researchers: Misconduct is one of the most formidable problems that academia is dealing with. Remarkably, a high number of misconduct incidents are a result of researchers' limited understanding about compliance and ethical guidelines in research and publishing. In this article, James M. DuBois, John T. Chibnall, Raymond Tait, and Jillon Vander Wal talk about how researchers who have indulged in less offensive unethical behavior can re-enter the scientific mainstream. Through their Professionalism and Integrity Program, they have been training researchers to avoid the common pitfalls that inadvertently lead them on the path of misconduct. Their post signals the need for author education as well as awareness that it is unfair to condemn a researcher assuming that he/she must have intentionally or carelessly violated guidelines.

7. Science in UK post Brexit: One of the hottest discussions this month in scholarly publishing circles has been around Brexit and its aftermath on science and research. An article by Stephen Curry published in The Guardian highlights the fact that analyzing the scientific impact of Brexit is complicated. Most of the academics are unhappy about the referendum, and fear the worst for UK science once the funds from the European Union stop flowing. However, Brexiters are of the opinion that Britain will be able to attract grants and funds from the EU as an associated state. Moreover, UK science would flourish if the monetary contributions previously directed at the EU are redirected to scientific development in the nation.

Happy reading! For regular updates on important happenings in the journal publishing industry, watch our Industry News section. If you have read something interesting about academic publishing this month and would you like to share it with our readers, please feel free to do so in the comments section below.