Bent, but not broken 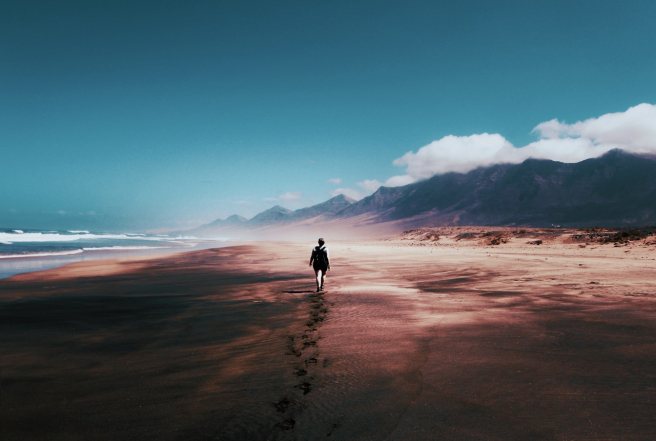 It’s 2008 and there I was, standing on a subway platform, in downtown Manhattan waiting for my train, not to board it… but to jump in front of it. Fresh out of family court, feeling tired and very much defeated after going in convinced that my days of physical, mental, financial, and sexual abuse were over. Standing there waiting to end my misery, I thought of a little boy who would grow up without his mom. Then I thought maybe, just maybe, there’s more to life than this. My son, who is the light of my life, was very small at the time and was being used in court to punish me, because I dared to think that I could be so much more than just somebody’s domestic punching bag. After a few trains came by, I snapped out of it, turned around and walked away. But that was only the beginning.

You see, after living between my country of birth (Dominican Republic) and the U.S. for the first half of my life, and my absolute confusion over my “duties” as a woman, coupled with society’s mixed messages; I had no idea who I was. That is how I ended up in an extremely toxic relationship right out of high school, desperate for affection, and ultimately became homeless as a result. Even though poverty and desperation forced me back into the hands of my abuser for a second time, so that I could be close to my child and have a roof over my head, I ultimately became the first woman in my entire family line to ever leave her abusive partner.

The very core of who I am though, has always been connected to science. I’ve always craved a deeper understanding of the world around me. This was a need which was never satisfied growing up, and it actually became a huge source of anxiety for me. I never had exposure to science growing up, so there was no way for me to know what it was, or that my passion actually had a name. I used to be obsessed with knowing how everything worked, and as cliché as this will probably sound, I always wanted to go into space. I had no idea that such a thing could be done, let alone by someone like me, but it never stopped me from looking at the sky every day and dreaming of it.

As time went by however, I went ahead with life trying to be what I thought I was supposed to be. Once I left my abusive relationship and started to realize just how many cards were stacked against me, I decided to become unapologetic about my life - because not everyone is born into good circumstances, is well informed of the ins and outs of the society we live in, or is able to follow “traditional” paths in life.  Some individuals rely on survival to even dare to dream.

Once out there, trying to find myself, I realized that to many people in this country I was just some Hispanic stereotype. A single mother, with an abusive background, lack of higher education, what many people in America grow up thinking would make a person less worthy of respect. I used my awareness to move forward. I was determined to challenge the stereotypes.

While homeless, literally sleeping on train stations in Manhattan, and simultaneously fighting for the right to keep my own child, I found out on a newspaper (I fell asleep on) that I could train as a Home Health Aide “for free” and then pay them with work after. I went, and every day like clockwork, I slept at train stations, cleaned myself up in public restrooms, and showed up for training. Within a month, I was done. Thankfully we had to wear scrubs, which I was allowed to pay for after the training. This meant that I had something to wear every day.

Finally, I started working as a Home Health Aid six days a week, 12 hours a day at $7.25 per hr until I saved enough to get a room. Working all those hours was of course very exhausting. A lot of times, work conditions were very unsafe. I even got hurt on multiple occasions. I was barely making any money, my credibility as a mother was constantly under attack by people I once thought of as family, as well as by strangers at court. And being around death took a big toll on me. Yet somehow, at night I still dreamed of studying science.

Of course I didn’t even know how to do that. After court mediations were done, and I was awarded my child’s custody back as well as the right to decide if I wanted to share it, I decided to change course so that I could earn more money and maybe finance school. I became a medical assistant, but the pay wasn’t much better, and I was now in debt from student loans. For a short time, I gave up my dream of being a scientist and decided to stick to the field I know, which was healthcare.

I then decided I would try going for medical school, to make sure I always had a paycheck. I knew a private university would almost guarantee I got prioritized - trust me I know, I used to handle those applications at some point in my life - but after realizing the price tag on my plan to survive, I quickly gave up that idea. I kept searching for affordable education not for medicine, but in the sciences. I thought this time I could just go for a scientific career, but pay for it with my medical work. No matter how hard I tried to give up the idea, I just couldn’t forget about becoming a scientist. It kept me going.

My life didn’t get any easier of course. I was still poor, trying to raise my child, and amongst this chaos I had to bury my youngest baby daughter who passed away due to a neuro-tube defect. I was starting to become painfully aware of the trauma I was constantly carrying with me. I couldn’t sleep, my body had turned on itself and I developed autoimmunity issues. But even with all of this, I refused to give up. I wasn’t going to give up science. I had already given up too much of me in life. Out of anger, out of rebellion, out of love, I refused.

I found a public institution and made the decision to go for it. I was so naïve, I thought I’d walk in there, ask about science and get some advice. All I found was discouragement. It was as if I was somehow predisposed to failure, because I wasn’t what’s called a “conventional student”. I was tired of being defeated so I didn’t listen and I enrolled anyway. And when I entered the biology lecture hall for the first time, I had tears pouring down my face. To me that was a small victory.

It’s been an arduous road to say the least, but through a lot of hard work, I am finally “settled” with my son, and in the process of pursuing Space Biophysics full time. Unfortunately, things did come to a halt in January 2017 when I got struck by a car walking home from work. As you can see, I survived and even though this accident put a stop on my plans to study and work at the same time, and has affected every single aspect of my life ever since, I continued to persist.

To aid my mental health during the rehabilitation process, in late 2017 I started to use an old and inactive Twitter account, to not only advocate for science and science communication, but also to speak on the importance of representation for women of color in STEM. I want to continue to challenge many of the stereotypes attributed to having non-traditional lives.

I’ve encountered opposition online, and in STEM, even from those who claim to advocate for survivors like myself. But I continue to use my life as an example of how background should not be used to discount ability, to bypass worth. I’ve found that struggles can be used to inspire, rather than act as an obstacle or means to discriminate. In the end, perseverance is my only superpower.

In this truly inspiring and touching narrative, Rose Ferreira (@_Astro_Nerd_), a passionate science communicator, public speaker, and education advocate recounts some of the most arduous times of her life. This story was originally published on October 23, 2018, on Rose’s blog, Mind Decluttering: FirstGen Science and Life (available here) and has been republished here with permission.