Researchers create the most tightly knotted physical…
Artificial photosynthesis gets a boost from new catalyst
Potassium-driven rechargeable batteries: An effort towards…
High-intensity lasers can rapidly make materials hotter…
Semiconductor for making the thin-film transistors that…
Chemistry and Materials Science 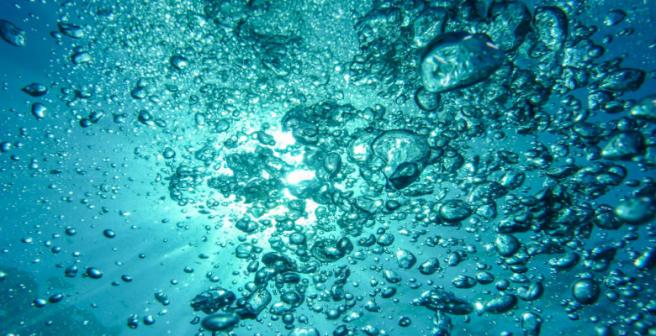 It is well known that a lump of sodium or potassium metal thrown in water causes an explosion. The science behind this is that alkali metals release hydrogen gas from the water, which gets ignited. However, Pavel Jungwirth and his collaborators at the Czech Academy of Sciences in Prague believe that there is another reason behind the phenomenon. They recorded experiments on alkali metals using high-speed cameras and found that the initial chemical reaction begins less than a millisecond after the metal hits the water. ‘Spikes’ of metal shoot out from the metal after just 0.4 ms, a reaction that is too fast to be expelled by heating. The researchers then conducted further experiments through quantum-mechanical computer simulations of the process, revealing that each of the atoms at the surface of the cluster loses an electron within just several picoseconds (10–12 s), which gets surrounded by water molecules. As a result, the metal cluster is left with positively charged ions that repel each other. Jungwirth explains that this mutual electrostatic repulsion results in a Coulomb explosion.