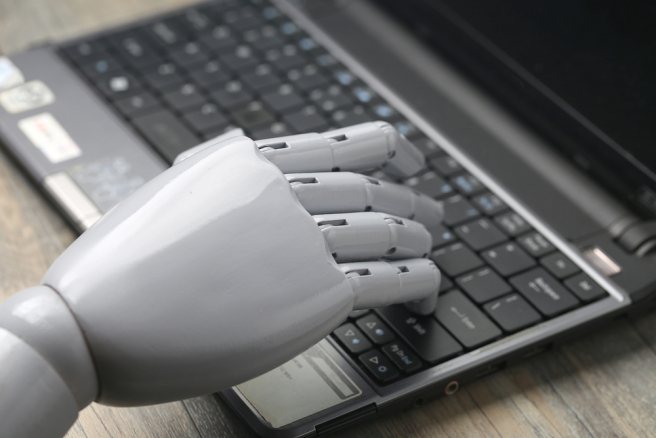 After big data, the phenomenon that has caused a stir in the scientific world is that of artificial intelligence (AI). In lay terms, AI usually refers to machines or devices that simulate human intelligence, and its advent and rapid development are revolutionizing the way research is being conducted. Particle physics is one of the first scientific fields that successfully used AI. “It took us several years to convince people that this is not just some magic, hocus-pocus, black box stuff,” says Boaz Klima, Fermi National Accelerator Laboratory in Batavia, Illinois, talking about her experience with using AI. Now, however, several fields such as astronomy and social sciences have embraced AI.

How can AI influence science and research? One of the most apparent benefits of AI is that it minimizes human effort. AI enables the analysis of large datasets and the identification of patterns in them, a task that can overwhelm humans on account of its magnitude. Thus it makes research conduction easier, giving researchers more time to focus on other mundane tasks like writing papers or applying for grants. At a macro level, however, AI can have a huge impact on a country’s economy. Digitalization and automatization can boost a nation’s economy by increasing its productivity and giving it an edge in innovation. Whether it is healthcare, manufacturing, scientific research, or warfare, AI has numerous potential applications. In other words, leadership in AI has the potential of giving an unprecedented advantage to a country.

Around the globe, researchers are actively pursuing newer advances and applications of AI. In fact, it is now a focal point of competition among nations, particularly the U.S. and China. The U.S. has been the leader in innovation and AI technology, but China is now poised to surpass it.

Recognizing the role of innovation in international competitiveness, China’s President Xi Jinping has expressed the vision of China becoming the global leader in AI by the year 2030. There are indications of China being well ahead in its path to realizing this ambition. On November 2, 2017, Nikkei and Elsevier published a report on the most influential papers on AI cited between 2012 and 2016. Two Chinese universities – Chinese Academy of Sciences (CAS) and Tsinghua University – were among the top 10 influencers in AI, joining the ranks of companies like Google and Microsoft. Additionally, the report identified the top 100 organizations pursuing AI, of which 15 are based in China.

Despite these achievements, is China equipped to become a global leader in AI? China has several talented engineers and researchers who can aid AI research. To add to that, China is pursuing capable researchers to relocate to China, which is also the reason for its successful jump-start in AI. Apart from this, a wealth of data is available to organizations and universities to work with. Kai-Fu Lee, a prominent figure on the AI scene and the Founder and CEO of Sinovation Ventures Artificial Intelligence Institute, says that when it comes to data privacy, China has “less expectation of consensus on moral issues.” The relaxed restrictions on data usage are likely to further amplify the speed and scope of advancements.

In July 2017, the Chinese government released a plan to develop “a new generation of artificial intelligence” that would enable China to match the West in terms of AI development in three years. “When the Chinese government announces a plan like this, it has significant implications for the country and the economy,” says Andrew Ng, a prominent AI expert who has worked on strategizing AI technology at China’s biggest online search company, Baidu. Apart from the government, several Chinese investors are pouring money into AI projects due to its promising applications.

The Chinese government’s backing for AI projects and the rapid inclusion of Chinese institutions and organizations in this sector indicate that the firm commitment China has to dominate the AI landscape. It remains to be seen if this vision is realized, but if it does, China might gain an unparalleled edge in science and technology.