New study unravels secrets of planet formation
Scientists resolve the mystery of magnetar formation
A Be-type star with a black-hole companion
What makes a good manuscript, tips for ESL authors, and…
Exoplanet with three suns and a stable orbit surprises…
Earth and Planetary Science

Circumbinary planets must have formed far from their current location 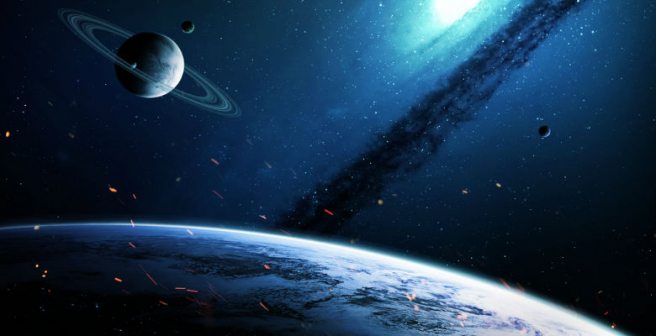 In a new study, researchers have concluded that the majority of circumbinary planets must have formed much further away from the central binary stars and then migrated to their current location. The researchers arrived at this conclusion after carrying out computer simulations of the early stages of planet formation around the binary stars. They used a model to calculate the effect of gravity and physical collisions on and between one million planetary building blocks. Read more in Astrophysical Journal Letters.