Which of these six types of self-care do you practice?
The 2015 Kyoto Prize awarded to two researchers and a…
How a conference in Greece changed my life
The parallels between core yoga principles and my…
Doodling is good for your brain, says latest research

Driven to understand creative thinkers in a community prizing conformity 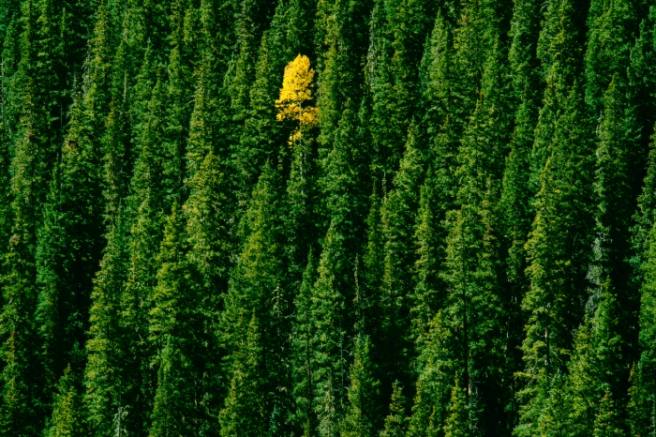 For years, I was motivated by the adage, “Man is never as tall as when he stoops to help another.” It helped me appreciate small acts of kindness, but also led to my belief that greatness of character could be present not only in “regular” people, but even among societal outcasts. This belief, in turn, led me to observe a group of Chassidic Jews who had been cast out from their community primarily due to non-conformist behavior. Despite the suffering some of them had endured (such as abuse or loss of child custody), they were abandoned by friends and family, denied basic acknowledgment as community members, and occasionally labeled as harmful to others. To me, however, they seemed harmless – maybe they were eccentric, but was this so wrong?

Although I consider myself a mainstream religious Jew, in this case I felt compelled to understand this secret community made of contradictions. The men wore 19th century religious attire and spoke Yiddish, but rather than a backdrop of Jerusalem streets or a prayer service, they met at midnight and dabbled with drugs.  They mixed freely with women, ignoring the traditional custom of strict gender segregation.  Women among them, although also comfortable with Yiddish, did not look the part of modestly dressed mothers of large families, but rather, could be seen in platform shoes or fishnet stockings. Driven mainly by curiosity to understand the unusual choices of the group, I was not prepared for what my interactions with them revealed.

I found that the desire to learn, explore, and ponder the mysteries of life could not have been stronger atop the highest mountain. Many in the group possessed deep intelligence, a reflective disposition, and a commitment to honesty and kindness despite their personal struggles. The positive atmosphere of acceptance coupled with regular paradigm shifting discussions motivated me to return often. Segregated from mainstream society, collectively the group seemed, to me, a room of spiritual giants.

However, I also began to notice what seemed to be a disproportionate level of creative talent in the group. Many of the “ex-Chassidim” (the term given to those who leave the Chassidic lifestyle) had turned to film, visual art, or writing, or possessed remarkable talent in music, so much so that each week, new presentations of relatively high caliber, original work took place.

Simultaneously in my own life as a performing artist, I was part of a fledgling group of creatively inclined religious women who met annually for performances, classes, and community building. But after several years, I noticed in this group as well what seemed to be a disproportionate volume of artists leaving religious observance: one fourth of our founding members or their immediate family members alone chose to reject religious laws. More distressing than this rejection of Orthodoxy, however, was the observation that each of these artists espoused an inspiring depth of character and passion for goodness. In some cases, they had even been spiritual leaders of our group.

I could not explain their abandonment of religion. Was it really so difficult to be both creative and religiously observant? Or did a significant correlation exist between creative ability and a disposition toward profound spiritual searching (a pattern I saw emerging in the two independent, unique communities I straddled)?

I wondered if creative artists were more disposed than non-artists towards an intrinsic and reflective form of spirituality, and further, how this might pose challenges to them in a religious community often focused on extrinsic ritual observance.

Via a doctoral dissertation, I have been able to investigate these questions. I am grateful to have concluded with positive correlations from my research, which I hope will lead to greater understanding and the service of creative individuals in the future. The results of my study have also raised new questions regarding creative and spiritual individuals and their unique life experiences that I may continue to investigate.

Some individuals may never be able to reconcile their disproportionately high spiritual and creative needs with the norms of a religious community. If marginalized, some may find strength in micro communities of their own or in developing newly discovered talents, but others might succumb to isolation, anger, or feelings of inadequacy. Can we give back the years or quality of life these particularly deep and sensitive individuals have lost? Can we can bring back those who took their own lives due to the unbearable pain they experienced? Sadly, not all questions have answers.

I can only hopefully await any positive outcome that my research might effect in the lives of individuals whom I consider to be both spiritually and creatively gifted and whose work, if given adequate outlet for expression, hold the potential to positively impact the lives of others.