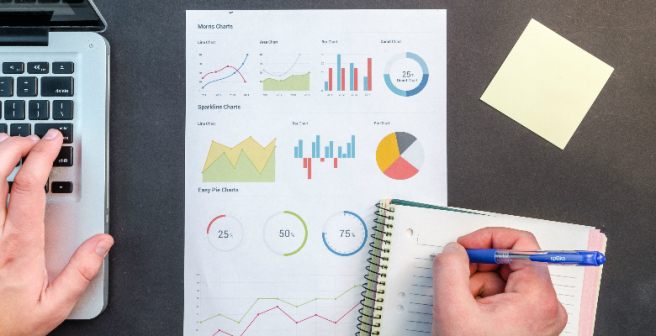 eLife, an online scientific journal for the biomedical and life sciences, has created its first “computationally reproducible” article that will allow readers to play with the original underlying code to validate the work. The figures in this article include “the software, data, and computational environment required to produce them.” Research papers such as this one will allow readers to change the underlying code and produce altered results to better understand the work presented in the research.

The improved eLife article, which was first published in the traditional format in 2012, describes how a mutated gene in cancer cells impacts the behavior of other genes. The study was conducted as part of the Reproducibility Project: Cancer Biology which attempts to test the reproducibility of research findings in oncology.

The article has been created using an open source tool called the eLife Reproducible Document Stack, and appears like a normal article. But each figure in the article has a blue arrow on it, and when the icon is clicked, the programming code used to produce the figure is revealed. Users can alter the code to update the figure and thus modify the presentation of data.

Unlike other software, the eLife article does not require installation and enables readers to view and execute the code in the body of the article itself. Casey Greene, a bioinformatician at the University of Pennsylvania’s Perelman School of Medicine in Philadelphia, observed that the article uses a bar chart with error bars to summarize some of its data. Users can also recreate a plot in a different style to show the trends more effectively.

Is journal permission required for reproducing a figure?
I plan to cite a figure from a paper published in…
46.2k

Researchers believe eLife’s reproducible article is a remarkable move towards making research papers an interactive resource that goes beyond simply stating the results. Lorena Barba, a mechanical and aerospace engineer and reproducibility specialist at the George Washington University in Washington DC, says “What eLife is doing is making this commitment to upgrading the research article so that it is not just the written word, but it is this multifaceted communication medium that includes the data and the code as an integral part.”

Some journals like F1000Research and GigaScience have produced papers where the code and execution environment is in the form of an interactive widget. But eLife is the first journal to make code part of the article itself. Neurobiologist Cori Bargmann of Rockefeller University in New York City described the article as “the paper of the future.”

Presently, users cannot add their own data to the figures of the paper. Giuliano Maciocci, head of product and user experience at eLife in Cambridge, UK, says that they are working to develop a feature that will allow users to download and run the articles on their own computer and analyze their findings using the author’s code. He further adds that the article is built using open source software and is available for publishers who are interested in using it. Maciocci also assures that the references and supplementary figures section missing in this article will soon be made available.

The author of this study, Tim Errington, director of research at the Center for Open Science, believes that the eLife document represents how the format of the research article has evolved. He adds that now “there’s actually the potential to just expose everything I’ve done.” He also emphasizes the need to develop ways to make this technology work better.

How to conduct a literature search and review

Provide context, relevance, and background to your research problem