Listen, somedays you only have 10 minutes in you for the dissertation or will stare at the wall. Other days you will be on fire & forget you have a body. The dissertation can be hard. Accept that you are in the creative process, build structure & be kind to yourself.

Listen, somedays you only have 10 minutes in you for the dissertation or will stare at the wall. Other days you will be on fire & forget you have a body. The dissertation can be hard. Accept that you are in the creative process, build structure & be kind to yourself. 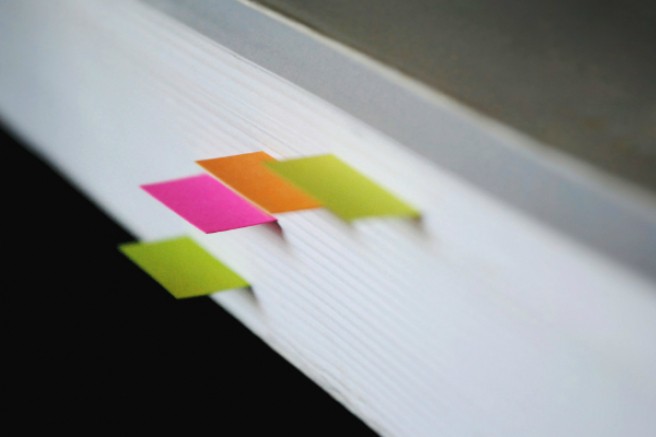 Elsevier is investigating potential manipulative citations by its peer reviewers. Of the nearly 55,000 academics who review for Elsevier’s various journals, the publisher has found that close to 500 have consistently had their studies cited in papers they have reviewed. These results emerged from a study on citation patterns published earlier this month by Elsevier's analytics experts Jeroen Baas and Catriona Fennell in SSRN (formerly known as Social Science Research Network), a repository for social sciences and humanities.

The study found that about 99% reviewers were cited in less than 10% of the papers they reviewed. However, about 1% (500 reviewers) were consistently referenced in papers that came to them for review. Elsevier is looking into these citations to ascertain whether they were prey to coercive citation, a practice by which reviewers ask authors to include citations to their own papers in exchange for a favorable assessment of the author’s paper.

Since this issue came to light, Elsevier has instructed its journal editors to check the relevance of citations in papers reviewed by the academics under probe. In the cases where citations seem forced, the editors will seek a justification from the reviewers. If not satisfied with the explanation, Elsevier will permanently delist the reviewers from their board and stop sending them papers to review.

About the papers themselves, Elsevier is yet to decide on how to proceed. As retracting the papers will penalize the authors who are not at fault in this scenario, they may consider retracting the citations. Another option, offers Fennell, a co-author on the study, is to issue corrections. She adds, “We’re still working out the best way forward.”

To deal with manipulative citation, several scientists have asked for a reduced dependency or even removal of citation metrics as criteria for gauging the quality of a paper and the productivity of a scientist. Sanjay Srivastava, a psychologist at the University of Oregon in Eugene, believes that “when we link professional advancement and pay attention too strongly to citation-based metrics, we incentivize self-citation.”

On its part, Elsevier will be impressing upon reviewers that the citations they request for should be relevant and necessary. In collaboration with Wageningen University & Research (WUR), it is also exploring methods to automatically identify and call out potentially manipulative citations.

Jonathan Wren, a bioinformatician at the University of Oklahoma Medical Research Foundation in Oklahoma City and also an associate editor with Bioinformatics, shared with Nature that he is working on an algorithm to detect unusual patterns in papers, including excessive citations.

The Committee of Publishing Ethics (COPE) has recently provided guidance on the issue, in its discussion paper released in July. In the paper, COPE aims to establish what qualifies for manipulative citation, how to deal with it, and how to safeguard against it.

9 Types of peer reviewers
Discussions about the different types or models or…
10.5k

With Peer Review Week around the corner, COPE’s guidelines and Elsevier’s action points have put the spotlight on an important aspect of the quality of peer review.

How to deal with coercive citation: A case study 5 min read