From the diary of a pregnant grad student 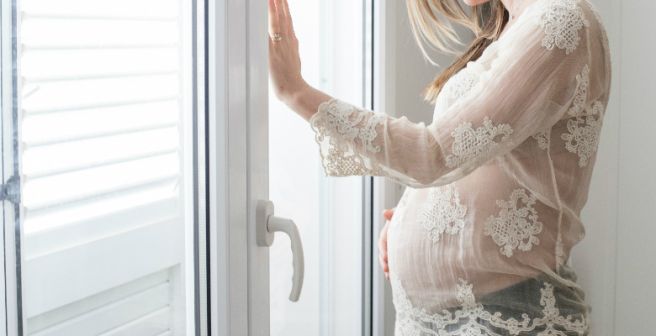 Meg over at Dynamic Ecology has a great post up about “Sciencing during the first trimester.” First of all let me say that I love the term “sciencing;” it’s awesome! It’s a pretty hot topic as seen from the comments and I think it’s because there isn’t an obvious forum in which to discuss these topics, and based on my experiences pregnant graduate students are a rare breed. I wanted to share my story in light of Meg’s post and the comments that it has generated.

I have two children; my son is 12 and my daughter is almost 8. I became pregnant with my son a year and a half into my PhD program on purpose. I say on purpose because one of the more shocking things that happened to me during my first pregnancy as a graduate student was the number of people who seemed to think that it was an accidental pregnancy. The idea that a graduate student would choose to become pregnant during graduate school was pretty racy back then I guess; hopefully this is starting to change. I found out in February 2012 that I was pregnant and it is easily one of the most amazing and terrifying moments of my life. My first trimester was not very fun. Every morning, like clockwork, I was dry heaving at 7:30 a.m. and I had fairly constant nausea during the day. Eating small meals very frequently is excellent advice. During this time I was performing tissue dissections on oysters for my research project. The combination of the smell of oyster guts and pregnancy nausea was epic!

My husband and I decided not to tell anyone about the pregnancy until after the first trimester due to concerns about miscarriage. After I passed the three month mark I needed to decide who else needed to know and when I needed to disclose that I was pregnant. I decided to tell my supervisor just after the first trimester as a courtesy so that we could plan for my parental leave to minimize my absence from the lab. I worried and stressed about having that conversation for weeks. It doesn’t matter how well you think you know your supervisor and how you think that they’ll react to your news. All of us have heard stories about horrible PIs who eject pregnant graduate students and post-docs from their labs or who write them off once they become pregnant. Fortunately, although my supervisor was very surprised by my announcement, he was very supportive throughout my pregnancy and maternity leave. I was very fortunate to have in my department a graduate student who had recently had a child and a faculty member who was pregnant at the same time that I was. These women offered great advice and support during a time that was pretty alienating.

At that time, nothing screamed “other” in academic science like a huge, swollen, pregnancy belly. I heard through the grapevine that other faculty members felt sorry for my PI as they viewed my pregnancy as evidence that I wasn’t serious about science. I expect that many members of the academy still think that way, even if they don’t verbalize it. Being pregnant as a graduate student was good from the perspective that I had a lot of flexibility in my schedule and that youth was on my side. I look at my fellow female faculty members who are pregnant or new mothers in awe as I cannot imagine doing this at my current age while just starting out on the tenure track. I worked in the lab throughout my pregnancy and continued to work with biohazards, chemicals, and radiation during this time. I took the usual safety precautions and wore a radiation counter ring on my hand during this period of time. Once the nausea went away during the second trimester, the biggest challenges were feeling tired, heartburn, carrying around an extra 40 pounds, and the swelling of various body parts. I went into labour 2 hours after TA-ing a lab and it took my son a few days to make an appearance. Having him is, by far, the most mentally and physically challenging thing that I have ever done. This helps to put grant writing, manuscript writing, and conference presentations into perspective.

The first trimester of my second pregnancy was rougher than the first. I came home from the lab early one afternoon because I wasn’t feeling well and the nausea hit like a tidal wave. I spent the rest of the afternoon and the evening throwing up very violently. By the time it was done the force of my puking had ruptured several blood vessels in one eye. It was not a good look and there was no way that I could hide it. When I went back into work the next day I told all of my lab mates and my supervisor that I was pregnant. My second pregnancy forced me to disclose my condition much earlier than I wanted to and I ended up taking Diclectin until part way through my second trimester, in an attempt to control the vomiting and nausea. The rest of my symptoms were similar to my first pregnancy and there was some comfort in knowing what to expect the second time around. I went into labour 2 weeks after defending my PhD thesis and my daughter arrived in 4 hours start to finish.

Being pregnant as a graduate student taught me many things. Below I’ve listed the ones that are most important.

Dr. Allison McDonald (@AEMcDonaldWLU) is an Associate Professor in the Department of Biology at Wilfrid Laurier University in Waterloo, Ontario, Canada. This story was published on February 3, 2015, on Dr. McDonald’s blog, Doctor AI (available here) and has been republished here with her permission.

We look forward to a beautiful beginning, my baby and I 3 min read