Getting back out in the field after cancer 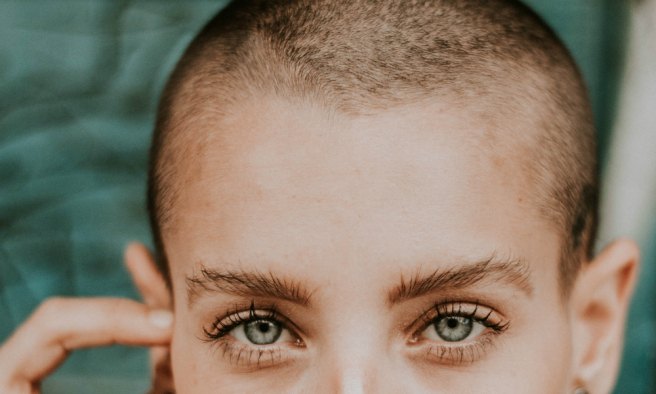 Fieldwork is full of dichotomies. It can be exciting but exhausting, fun but frustrating, challenging and yet calming. And throwing iffy health into the mix can inflate emotions in the field even more. Life in the field tends to be demanding even for someone in the pink of health. If not, it becomes yet another variable to work around, another obstacle to overcome.

Work in my last field site ended up being the best of times and the worst of times for me — you’ll see why. I got diagnosed with Hodgkin’s lymphoma, a type of blood cancer, a little after my 26th birthday, and a week before I was scheduled to leave for the field for my Master’s thesis. I had been feeling extraordinarily tired for several months preceding it while I was struggling to get through a rigorous and (physically and mentally) demanding graduate program. Even though I had exhibited several symptoms of the cancer, it ended up being a jolt from the blue, leaving me shattered for a few long months.

This cancer is one of the more manageable ones and was caught fairly early, and I was told that my chances of a complete recovery were very high. I had to undergo both chemotherapy and radiation and was pretty much bedridden for a good seven months. My treatment really took a toll on me — among other things, I reacted badly to the chemo, was in debilitating pain, and felt completely dependent on others for everything. Still, I clutched hard to my dream of returning to fieldwork, and with the help and support of an army of family, friends, and mentors, managed to do just that. I returned to my field site in the desert northwest of India about three months after finishing treatment. Fieldwork on the carnivores in the Kutch district of India

It was not an easy road. From not being able to even feed myself or walk to the next room, I got to lugging around camera traps and even trekking and hiking. I worked hard on building my stamina and was pumped to run a 10k the month I left for the field. The prospect of returning to the field and finishing my thesis as planned (albeit several months later) kept me going and gave me the strength to fight. My spouse and family helped pull me through, get back on my feet, and pursue my passion.

I was working on resource partitioning in carnivores, in the Banni grasslands of Kutch in India. Through camera traps, track plots, and scat collection, I tried to understand how a guild of canids comprising the golden jackal (Canis aureus), feral dog (Canis lupus familiaris), Indian fox (Vulpes bengalensis), and desert fox (Vulpes vulpes pusilla) partition space, time, habitat, and diet.

By a happy coincidence, I had rounded in on this semi-arid grassland system long before my diagnosis, rather than working on something similar in the Himalayas (my original plan). This turned out to be fortuitous for several reasons: the flat terrain of Kutch meant that I could drive pretty much anywhere (rather than having to hike or trek) and I had been advised against traveling to high elevation areas for a year or so; the arid conditions in Kutch implied this was as sterile an environment as I could get in India (minimizing the risk of infections, a huge issue for my battered and battle-weary immune system); it was easier to get to there from home (well-connected as it was by road, rail, and air from Mumbai, even if remote), resulting in easier medical access (if and when necessary).

Trekking in the Himalayas (a couple of years after my treatment)

The nearest city was Bhuj, about 50 miles from the field station — home to the nearest hospital, although fairly basic in terms of medical facilities and expertise. The border to Pakistan was closer as the crow flies, if my memory serves me right. It is remote, with a fairly low population density (at least by Indian standards!). There was wildlife aplenty and every single sighting was rewarding and memorable. There were plenty of adventures during those months, ranging from the funny to the curious.

I was in the field for about seven months, with occasional breaks off and on, including quarterly reviews with my oncologists. When in Kutch, my camera trapping study design involved 8-day cycles where I’d set camera traps at different sites every day for four days and retrieve the set ones over the next four days. It was a convoluted study design but worked (thankfully!) like clockwork for most part. My field site covered 2,500 sq. km. The distances I had planned to travel would dictate my work hours. A typical day would begin anywhere from 5:30 to 7:30 AM and I’d return to the field station by 4:30 to 8:30 PM. Once back, I’d have a quick shower after a full day in the sun and dust, have dinner, and work on my data retrieval, entry, and some analyses. I’m not really sure how I managed to work those hours; the long days filled with plenty of sunshine must have surely helped. I’m certainly struggling with the short winter days in the northeast US these days, resulting in much lower productivity!

In addition to the bevy of health issues that continue to plague me, I had severe brain fog for several months after the treatment (still go through bouts of this), but the mechanical nature of fieldwork (thanks to planning ahead and robust study design) helped ensure that I was making progress. There would frequently be decisions that needed to be taken, issues that needed to be dealt with, and whatnot — mentors, field crew, and colleagues helped me out as best as they could. I would also occasionally give talks at village gatherings, the forest department, or to other researchers — these interactions ensured that I wasn’t lonely. Being on my toes and navigating fieldwork independently gave me a sense of accomplishment, bolstered my confidence, and improved productivity, forming a positive feedback loop.

Since my immune system was still weak, I could have only cooked food and boiled water, and needed to be careful about a lot of things. Thanks to the crew at the Research and Monitoring in the Banni LandscapE (RAMBLE) field station, I was able to have nourishing food and clean accommodation for the duration of my study. The graduate program in Wildlife Biology and Conservation that I was a part of was incredibly encouraging — the National Centre for Biological Sciences (NCBS) and Wildlife Conservation Society-India continued to support me financially during my treatment and funded my study as soon as I was back in the field.

It is now almost three years since I wrapped up fieldwork in Kutch, and almost four since finishing treatment. Once back from the field, while I was writing my thesis up, I also ended up getting chickenpox and being quarantined for swine flu! All’s well that ends well — I am happy to say that I successfully defended my thesis. It was a lot of blood, sweat, and tears, but I’m still alive and kicking, and continuing my research!

I still go through bouts of ill health, and go through phases of panic attacks about a recurrence. There are weeks when I’m productive and able to think clearly and logically, and there are weeks when I’ve what I call ‘wool in my brain,’ when I’m unable to get anything done. I’ve started my PhD several thousand miles from my loved ones, and have very supportive mentors. But cancer casts a long shadow — every time I fall sick, I fret about my future, resulting in a downward spiral, albeit a short-lived one. My spouse continues to live in India and supports me in everything I do; he and my family give me the confidence and strength to see things through. Hiking in the Western Ghats with friends from the next NCBS cohort, a few months after my thesis defense

My only reason for sharing my experience is this: ill-health and even cancer don’t have to mean the end of fieldwork. Sure, it makes everything harder, but with some (a great deal of?) planning, having a great support system, and understanding mentors and institutions, is not impossible.

This is a story by Kadambari Devarajan (@kadambarid), published on April 24, 2018, on the blog 'Field Secrets' (available here) and has been republished here with permission.

Getting back out in the field after cancer 8 min read

What it's like to be a paleontologist mom 9 min read