English for medical purposes in Japan - how specialists…
Is the concept of digital native a myth?
I cried when I didn’t get what I thought was my dream job
"A good English paper is the one that knows what it’s…
My colleagues often say, "Tenure is no big deal." I… 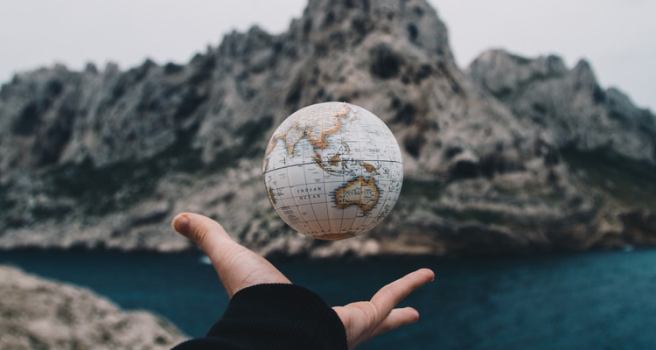 Passionate about teaching and curriculum development

I am a 66-year-old woman, mother, teacher, researcher, Mexican, and Latin American. Why did I just tell you all of this? Because I think these details are essential before I talk about why I resorted to teaching and what circumstances led me to research.

Once when I was in third grade, I was role-playing in a school game with my sister and neighbors. I felt such gratification from managing and leading that I decided that I would become a teacher. After that day, I dedicated my life to education.

Several years later, I discovered Michel Foucault’s idea that the tendency to monitor and punish are not just inherently human characteristics, but aspects that need to be controlled and cultivated. By that time, I was working as an elementary school teacher and enjoyed teaching children. But their fragility and potential used to affect me deeply. I remember how miserable I was when I had to fail half the class because they just could not learn how to read! The first question that crossed my mind was, “Why did they fail?” The question I had asked as an elementary school teacher triggered more questions for me, nudging me to pursue a career in pedagogy and never deviate from it. 48 years have passed since my elementary school teaching days, and I have been trying to answer the same question. Thankfully, now, none of my students fail.

As I progressed in my career, I found new discourses and theories to engage with. Freire’s discourse, especially his “Pedagogy of the Oppressed” had an impact on me. I spent my university teaching years with a deep desire to create awareness and a thirst for knowledge among my students rather than to simply instruct them as per the curriculum. I have not abandoned this desire but have discovered one of its pitfalls: reflecting without a theoretical framework reduces the possibility of creation. So, I decided to pursue a PhD that I could successfully combine teaching and research and be socially responsible. This path was challenging but became a way of life for me.

I now teach students how to assess and understand the world. I learned the meaning of historicity from Foucault’s writings, and through example, helped my students start their career in the history of science. I helped them make class plans, taught them educational theory and philosophy, and explained what it means to conduct investigations through detailed research. I was keen on making sure they develop the necessary passion for investigation and detailed research.

For over 23 years, four factors shaped my research journey. The first was teaching through researching. The second was choosing a line of research (curriculum development and theorization). The third was the development of qualitative research, which was strongly influenced by the objects of my study (curriculum, students, and professors). The fourth factor was adopting an ideological and philosophical framework throughout my career.

Early in my career, I realized that I learned more and better by teaching. For this reason, everything that I learned, I would also teach others informally, and this was an ordeal for those around me. However, when I began my university education, I started teaching by researching. Since then, I have confirmed that nobody learns to investigate without researching. Since 1996, my research has been linked to funded projects and is focused on the university curriculum, university teaching, and the necessity of history as essential background.

Researching and interacting with many of my colleagues helped me choose the type of research I wanted to pursue. I opted for qualitative research based on the consideration that the objects of study in the Humanities are real and historical people, and the only way to understand them and their processes is by directly approaching social beings and processes at specific points in time and in different contexts. However my research has never been general and can be replicated.

Paulo Freire, Ernesto Laclau, Wilfred Carr, Michel Foucault, Henry Giroux, and the Nicomachean Ethics of Aristotle have guided my philosophical view and impacted my opinions on educational philosophical theory, whereas reconceptualists such as William Pinar and William Doll and representatives of the critical curriculum such as Alicia de Alba and Dilly Fung have influenced my interpretation of curriculum research. María Esther Aguirre has led me to appreciate the historical perspective of education from Juan Amos Comenius.

Assuming that theory is a tool to assess reality, as observed by Foucault, I have attempted to identify and understand different realities. Teaching practices - good and bad - have allowed me to analyze these realities, including different theoretical perspectives of educational mathematics, John Dewey’s theory of reflective thought, Wilfred Carr’s practical philosophy, and Aristotle’s poetry. I have also been able to understand and characterize the curricular practices of active teachers assuming that a curriculum is a powerful tool. My reflections of the realities I have approached incorporate discourses such as Laclau’s articulation theory and a methodology of discursive interpretation.

During my postgraduate training, I imagined being a researcher, without academic pressure, with the possibility of choosing my line and scope of research, including how and where my research would be conducted. I innocently believed that I could choose my line of research freely. But today I know that the selection of a research topic is always contextualized and influenced by different factors, and the awareness of this reality is perhaps the highest satisfaction of my career as a researcher.

I feel I now face an extremely complex social situation, realizing that as humans, we have let part of our humanity go through the grind of daily life. I am happy with what I do and the historical place from which I do it. I belong to the generation of 1968 who dreamed of a critical conscience to build a better world. I believe that we have achieved this goal, but we have not acknowledged that part of our subjectivity was lost in the name of competition, accountability, and standardization, particularly in education and research.