I can write a statement of the problem on my supervisor 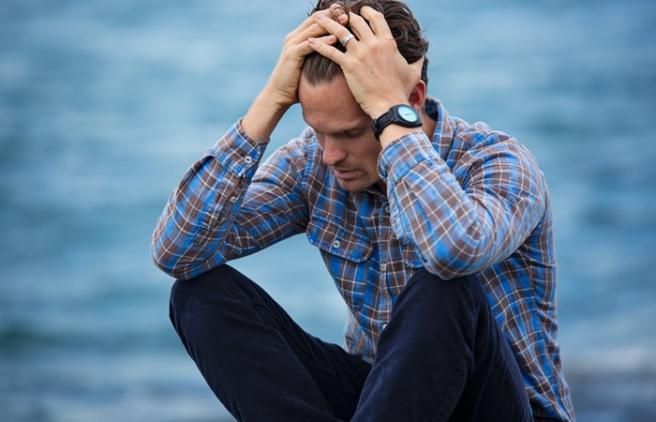 My encounters with my supervisor have always been mixed with fear and uncertainty. My supervisor is neither friendly nor helpful, and to make matters worse, he has been weirdly fixated on just one part of my work which is the “statement of the problem.”

I work to pay for my degree and my job is based in a different city than where the university is. So, I travel from one city to the other to meet with my supervisor and discuss my thesis. This is far from easy considering my poor health, the terrible state of the roads in my country and my tight economic situation. To compound these, there is also no relief while I am at work. I find that my colleagues do not understand the pressures of doing a PhD. Even though that hurts, I can’t say I had not been warned by my fellow researchers and professors about this attitude which exists in a non-academic workplace. And then there is my supervisor who has just been reading and criticizing the statement of the problem of my thesis for the past session and a half. Whenever I would ask him for specific feedback on how to improve the draft, he would start talking in circles, quoting proverbs instead of guiding me on how to proceed. His usual proverb had been one that stressed the ineffectiveness of proffering a cure of ringworm for a case of leprosy.

I did not understand what he meant by it but I was not deterred. I asked my colleagues at the school, who knew him well, for an explanation. Some of them told me in confidence that he needed something pecuniary and exorbitant in nature from me, to motivate him to do his advisory duties. They advised me to play ball so that the issue with the statement of the problem would get resolved quickly. I was sure that if I yielded once, he would probably come up with some other way to twist my arm in the future. I also knew in my heart that I would not be able to look myself in the mirror ever again if I paid up. After pondering on these, I  smiled soon enough because I figured out my way out of this predicament.

My supervisor’s proverb of how a cure for ringworm cannot cure leprosy was his way of communicating to me that I was not approaching my thesis writing in his prescribed way. He wanted me to hand over some of my hard-earned resources to motivate him to do his job. However, I decided to give him an alternative “cure” – my repeated efforts at correcting the statement of the problem, which have taken him over 5 weeks to read and reject, over and over again. While he has never explicitly asked me for anything, his attitude and desire to frustrate me all this while not providing me with any guidance has more than proved the likelihood that my colleagues had been right.

As I write this, many of my colleagues who are with other supervisors have tidied up their work and are preparing for their final defense. They sometimes call me to encourage me and also tell me about their work and progress. On the other hand, my supervisor has kept me on the waiting list of students (including newly admitted ones that continue to pile up in anticipation of doing their propositional defense). I am still praying and hoping to be considered for a propositional defense, soon. It is indeed a tale of leprosy and ringworm but I am prepared to hold my head up high and not compromise my integrity, even in such a problematic situation.

My first month as a PhD student 4 min read