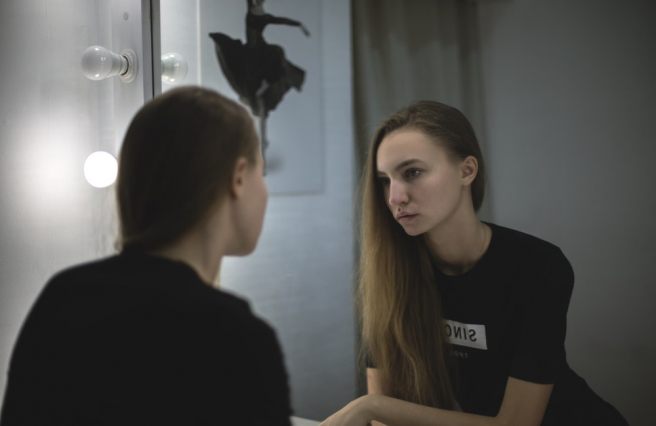 Doing science, as I recall, wasn’t an ordained destiny I wished to pursue.

As a kid, I was always driven by curiosity. I asked questions constantly and never held back as I explored other ways to express myself through art. I read tons of books on dinosaurs and volcanoes and sketched possible blueprints of future submarines. The adults around me would often ask me innocently, “What would you want to be when you grow up?”

The pressure of adulthood hit me hard in the face as I was surrounded by people who expected me to bring food to the table after finishing college.

I was haunted by self-doubt throughout all those years.

I was unsure and just drove myself up the wall as though I were a bull charging at a flaming red cloth. But where was I directed? I passed exam after exam, wishing I had a better clue of what I expected of myself. Perhaps I’d be able to work at IBM or at NASA. Who knows? Dream big was what my dad would tell me.

And so I pushed aside my hobbies and dove into the realm of hardcore mathematics and physics. Not that I haven’t enjoyed them, but I felt like that fun side of me slowly stripped away as I struggled to ace exams (which were far from it in the end). Was physics the course for me? Was I cut out to do heavy calculations?

I wasn’t so sure now that semesters passed. Nevertheless, I struggled with blood, sweat, and tears hoping to get a clue. In the midst of it all, I also paid attention to Materials Science as it had a bit of chemistry and creativity involved.

Yet here I was, almost reaching the finish line – with no clear sign of what I was going to do after graduation.

By chance, I walked past my faculty and saw some promotional material about a Master’s course in Europe on Chemistry – another interest I had in mind back then. I betted on my future by taking this detour as it was not guaranteed that I could ever get a scholarship. I’d never thought of myself as being great at anything yet. I submitted everything and thought - what am I going to lose after all these years? I have already lost a part of me – that "fun me." But lo and behold, I got in! There’s more – the cherry on the cake was that I was awarded a scholarship! From then on, I told myself that I had to dedicate my time to studying once I stepped into Europe.

Perhaps I had more freedom in my everyday choices and learned what it was like to be independent. Yet, I blocked that inner voice and chose to tuck it away in a corner of my mind. Fun’s out of the picture. Who needs fun when you are an adult? I was still personally convinced that I was destined to be a researcher and had to prove my self-worth. In a span of two years, I got tougher, more practical and more resilient. I was more self-aware, and yet there was still that inch of doubt within me about what I was to do afterwards (yet again). Can I make a living being a researcher? Am I ready to jump aboard? It was only during my PhD that I realized that I had to re-direct the question to somewhere else – me.

What was it that I wanted? Did my skills matter? How did I want myself to be remembered?

Becoming a researcher proved to be tedious while I was doing my PhD. I did not mind sacrificing my time doing science on the weekends and working night shifts in the laboratory. But there was that voice inside me (which I completely ignored) that amplified. I kept pushing that same voice away since I decided to grow up.

And then I had one of those mental breakdowns that former PhD students talk about. Was all this hard work worth it?

It was then that I explored science with a hint of vulnerability, extending an arm towards and understanding the world in a different light. Someone I knew from college decided to end his career as a researcher and dedicate himself to science communication. What was that all about? It was boundless compared to the many restrictions scientists try to impose upon themselves – never to do this, and that.

At this point, I wanted to be heard and wanted science to matter not only among researchers but also for everyone else. Then and there, I faced my fears and my doubts and welcomed my demons with open arms. I had to face the consequences of creativity – the one thing I missed so much and have let go ever since I tried to face “adulthood.”

And so my journey in science communication began. I began to question the possibility of going back to my interests while also pursuing science. At this point, I accepted that I had to have both worlds, the rational and the emotional and not just one or the other. I took an online course on scientific writing and from then on got a gig as a freelance managing editor while finishing my PhD. I then went on to being a content curator, attempting to pursue a hobby by mixing art and science through storytelling. It wasn’t easy, and I may have gotten some scars here and there. But at the end of the day, after all that’s said and done, the liberty of pursuing this path was priceless.

How I defended my dissertation online: 7 Researchers share their experience 17 min read

I am the poster girl for 'how not to do a PhD, but make it work anyway' 7 min read