Lab history: The things you see when you stick around forever (Part 1) 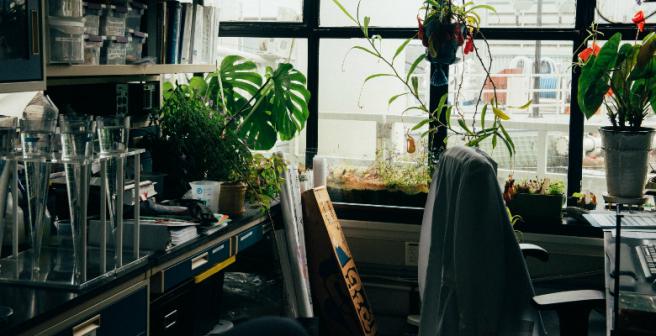 I started in the Brown lab in 2006 and I still haven’t left. Most people currently in the lab were in primary school while I was doing my Honours. Some may think this makes me old, but I prefer the term “experienced.”

When I started, everything was different. The physical lab was different, and every lab member was different – with the obvious exception of Andrew, though at the time he was “Dr. Brown” rather than Professor. My very first day in the lab, I fainted. The doctor could find no clear reason for it and it hasn’t happened again, so I put it down to simply being too nervous. Why was I nervous? It was my first day in a research lab as an Honours student. I wanted to do well but I was also terrified! I guess I did okay in the end – I stayed on to do a PhD and Andrew seemed happy enough to keep me. Halfway through my Honours, a new student started and I was asked to help her with a Western – my first taste of supervising, which, like everyone thinks at first, felt like a big drain on my time and I didn’t really enjoy it. But I muddled through and now I’m finally at a point where I no longer get a specific student to “babysit” but rather, I tend to help anybody and everybody a little bit across various projects and stages.

Things I remember: Developing WBs on film with very old developing and fixing solutions in the darkroom in the old Dawes lab, using a floppy disk to get data, the spectrophotometer that lived on my bench, and being allowed to eat and drink at my desk in the lab.

During my PhD, I didn’t have a senior PhD student or post-doc looking after me, but instead I had Andrew highly involved in all aspects of my project – even once helping me needle my samples in the lab because he didn’t believe I was doing it right. This is quite a different experience from most people that have come after me, partly because of the Head of School years, but also because of the changing dynamic of the lab. By the time I was at the start of the second year of my PhD, I was the most senior researcher in the lab (there was a Research Assistant, but this is different), and it has been that way for the last 10 years. I think this means I’ve learned a lot of things the hard way and I sometimes joke that my PhD was in troubleshooting.

Things I remember: So many students! The lab got so big in 2009 that we had to bring in more furniture to make extra desk space for everyone – at the time this meant we went on a little adventure to a second-hand furniture space on campus where you could collect furniture people no longer required.

Towards the end of my PhD, when I had not thought about what to do next, Andrew suggested I could stay on as a Post-Doc the following year. At the time I had no real understanding about funding situations and so I probably wasn’t as grateful as I should’ve been when I accepted. So at the start of 2011, I began my first real grownup job – no interview, no application, no experience, but no fainting on the first day this time!

Things I remember: Being nervous, feeling rich, my first experience at applying for funding, and not much else.

I’m not sure exactly how my first year went but it must’ve been okay because although funding was scarce for the following year, Andrew came up with a solution whereby he would contribute part of my salary, and a collaborator at USyd** would pay the rest, which is what happened for 18 months. This turned out to be a more worthwhile plan than expected – I now have 7 joint publications with her, and the shared Honours student from 2012 is now a Post-Doc in the Brown lab. I like to think I played an important role in cementing that fruitful collaboration.

Things I remember: This year had three great Honours students, all of whom we are still in regular contact with six years later. This was a fun year, but it was also a year full of drama in the lab. It was like a soap opera. I can’t even remember what happened but it was stressful!

This was a big year – Andrew’s bike accident, sabbatical, and beginning of Head of School, my wedding, first overseas conference, and the beginning of a five-year contract. This five-year contract – a Head of School perk – is almost unheard of in Post-Doc positions, unless a Fellowship has been awarded. Great news, right? But at the same time, it goes against the standard advice of moving to a different lab – preferably overseas – for Post-Doc positions. I took the “easy” option, and I have no regrets. I made the right decision given the information I had at the time. And how else can you make decisions?

Things I remember: Andrew was much more absent than he’d ever been before – his bike accident meant he was gone for months, followed by his sabbatical, then Head of School responsibilities, meaning that everyone was expected to work just as well but with less supervision. Also this year, the RA (who started the year before me) left the lab. She had previously been the maker of many lab reagents like LPDS, Chol/CD, etc., was the only one who did radioactive work (TLCs), and was able to generate publication-quality data efficiently. This was definitely a year of change.

**The University of Sydney

Dr. Laura Sharpe (@laurajsharpey) is a post-doc researching cholesterol regulation at Brown Lab, UNSW. This story was published on October 10, 2018, on Confessions of the Brown Lab Researchers (available here), and has been republished here with permission.

Lab history: The things you see when you stick around forever (Part 1) 6 min read

Lab history: The things you see when you stick around forever (Part 2) 4 min read