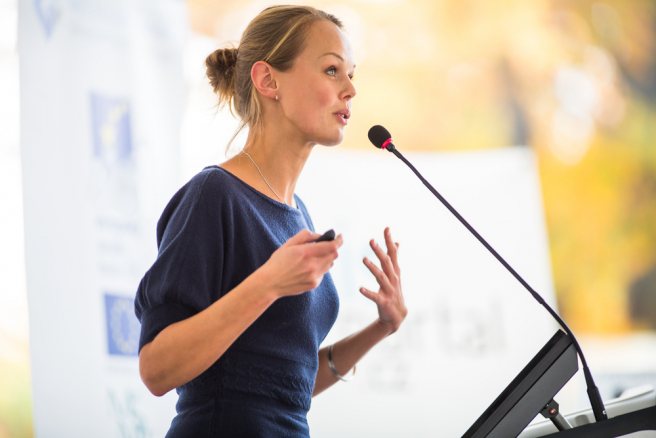 Science has seldom been a topic of drawing room conversations. The general public tends to believe that science is a complex subject that is best left to its stakeholders – the researchers. Moreover, they perceive researchers as an elite and reclusive crowd that sits in ivory towers. This communication gap between researchers and the public has resulted in growing miscommunication about science, divided opinions about scientific matters, and lack of informed decision making. A few months ago, after meeting with Veerabhadran Ramanathan, a renowned climate scientist from UC San Diego, Pope Francis spoke about global warming, having a significant impact on public awareness on the issue. This instance sparked renewed discussions among both the scientific and non-scientific community about how proactive researchers can bring a change in the public’s perspective on scientific matters.

Over the years, science has fallen prey to sensational journalism and miscommunication. In a widely cited incident, Scott Adams, a writer and cartoonist, had called in to question the trustworthiness of science. Although it is commonly accepted that science is pivotal, the lack of expert involvement in scientific discourse has given way to misconceptions and mistrust. If the non-scientific community is involved in science-related discussions, they would become capable of making informed decisions on matters such as genetically modified crops, climate change, and so on. Moreover, knowing how their tax money is being utilized, they could have a say in governmental decisions on health care policies and even provide their inputs in research funding.

Although most researchers agree that engaging with the public is important, why do they hesitate to take an initiative? As is well known, researchers are hard pressed for time. With research, grants, administrative duties, publication cycles, career progression, and much more to take care of, most practicing researchers are left with no time to initiate public engagement. But there seem to be more reasons than this that keep researchers away from public interaction.

Kevin Boehnke, a PhD student at the University of Michigan School of Public Health, interacted with several researchers to understand why they limited their outreach. According to him, while some researchers admitted to lacking confidence, others felt that they would appear to have a biased opinion if they spoke in favor of a cause. Remarkably, some researchers were concerned about falling prey to ‘Sagan effect,’ which essentially means that “the scientific popularity of a scientist with the general public is considered to be inversely proportional to the quantity and quality of that scientist’s scientific work.” There was also a belief that public engagement was not the best use of researchers’ time.

While public engagement is assumed to have a favorable outcome, in some cases it invites backlash of the public; when the news of a project on the history of facial hair and health funded by Wellcome Trust was made public, it was severely criticized by people. On the whole, there seem to be few incentives for researchers to make an effort to engage with the public. To add to this, universities, institutions, as well as funders give little importance to science communication. This is one of the root problems that dissuade researchers from public interaction. However, researchers such as Noah Diffenbaugh, an associate professor of Environmental Earth System Science and senior fellow at the Woods Institute for the Environment at Stanford University, consider science communication a researcher’s responsibility. “I am a scientist, first and foremost, but I feel it is my responsibility to answer questions from the public when I am asked,” he says.

Universities and institutions have a fundamental role to play towards bringing a change in the current scenario. They should encourage researchers to consider science communication as part of their responsibilities. To this end, they should provide researchers with necessary training and time. Researchers stand to benefit from such an interaction too as it would give them and their research more visibility; thus, funders would also be supportive of such initiatives. As Marcus du Sautoy, the Simonyi Professor for Public Understanding of Science and a Professor of Mathematics at the University of Oxford, puts it, “Science, in my mind, has always been about two things, discovery and communication. The broader audience science can reach, the bigger the benefit in terms of the new ideas you are transmitting as a scientist.” With technology bridging the geographical gaps, researchers can communicate with the wider audience with ease.

Pursuing science is a difficult endeavor; however, researchers can foster a more supportive environment if they undertake proactive initiatives to explain and simplify science for the public. This would reduce the gap between the scientific and non-scientific community. With fewer incidents of scientific miscommunication and increased awareness among the non-scientific community, science will move from the realm of exclusivity towards inclusivity.

Watch this compelling video on the need for public engagement:

How to create the perfect poster

Let's talk science: Why researchers ought to reach out to the public 5 min read

Science Communication: Everything you need to know about it to thrive 17 min read