New water-based optical device revolutionizes the field of…
Discovery of novel cancer signaling mechanism and…
Diamonds in your devices: Powering the next generation of…
No more traffic blues for information transfer:…
Scientists discover how molecule-sorting station in our… 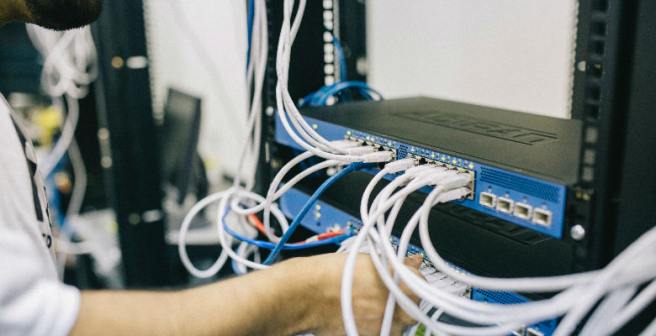 Wireless technologies such as Wi-Fi and Bluetooth have made remote connectivity easier, and as electronics become smaller and faster, the adoption of “wearables” has increased. From smart watches to implantables, these devices interact with the human body in ways that are very different from those of a computer. However, they both use the same protocols to transfer information, making them vulnerable to the same security risks. What if we could use the human body itself to transfer and collect information? This area of research is known as human body communication (HBC). Now, scientists from Japan report HBC characteristics specific to impedance and electrodes, which according them “have the potential to improve the design and working of devices based on HBC.”

First, let’s understand exactly how HBC works and why it represents a more “secure” network. HBC is safer because it uses a lower-frequency signal that is sharply attenuated depending on the distance. The closed nature of the transmission results in lower interference and higher reliability, and, therefore, more secure connections. Having the device interact directly with the body also means that it has reliable biomedical applications.

HBC technologies use electrodes instead of antennas to couple signals to the human body. This can be used to conduct an electric field from a transmitter to a receiver, and thus to communicate data. HBC receivers work very similarly to radio frequency receivers; however, it’s much more difficult to determine their input impedance. This is important because this allows scientists to maximize the received signal power.

Course
How to be effective at formal correspondence: A guide for researchers
This course covers the basics of a diverse range of…
2.2k views

The most important factors are the arrangement of electrodes and the distance between the transmitter and the receiver. These affect the output impedance and the equivalent source voltage of the system, ultimately having an impact on the received signal power. The signal emanates from the transmitter electrode and goes through the body. The body’s conductivity couples the field to the environment and this serves as the return path for the transmitted signal.

In their study, the team of Japanese scientists— Dr Dairoku Muramatsu (Tokyo University of Science), Mr. Yoshifumi Nishida, Prof Ken Sasaki, Mr. Kentaro Yamamoto (all from the University of Tokyo), and Prof Fukuro Koshiji (Tokyo Polytechnic University)—sought out to analyze these characteristics by constructing an equivalent circuit model of the signal transmission that goes from the body to an off-body receiver through touch.

Infographic
9 Types of peer reviewers
Discussions about the different types or models or…
3.2k views

The findings of this study are important as they enable scientists to design more efficient HBC devices, which are better tuned to the human electric field and, hopefully, better suited for user interaction.

Consider the way we interact with most technologies. Keyboards, screens, switches, and wires dominate the way we communicate, and despite smartphones and touchscreens, the basics of user interface, or “soft ergonomics,” have hardly changed in the last few decades. We still sit behind desks for hours and stare at monitors. Our connectivity is very dependent on wireless signals, and thus, the open nature of these networks makes our data vulnerable to hacker attacks.

By using the human body itself as a network, HBC could potentially change this.

As Dr Muramatsu and Mr. Nishida put it, “Because the electric field used in HBC has the property of being sharply attenuated with respect to distance, it hardly leaks to the surrounding space during signal transmission. Thus, using this human body communication model makes it possible to communicate with excellent confidentiality and without generating electromagnetic noise. However, one major drawback of HBC is that it cannot be used for high-speed data communication. Thus, the focus should be on applications of HBC that transmit relatively low-capacity data, such as authentication information and biomedical signals, for long periods with low power consumption.”

Webinar
Open science developments every author needs to know - Live panel discussion
What does open science mean and how is it relevant to…
1.9k views

About Dr Dairoku Muramatsu from Tokyo University of Science

Dr Dairoku Muramatsu is an Assistant Professor in the Department of Electrical Engineering, Faculty of Science and Technology at Tokyo University of Science. He is one of the contributing authors of this paper. His major areas of research include wireless body area networks, human interface, and biosignal measurement via electromagnetic waves.